One of the biggest concerns of modern life is space. In countries like Japan where people don’t even find enough space to live, agriculture becomes impossible. Nevertheless, the modern man makes this impossibility possible. One of the popular solutions to this problem is vertical farming. However, like all the other solutions this solution also have its negative sides.

The Good, the Bad and the Ugly about Vertical Farming

We can describe vertical farming as a contemporary concept (first proposed as recently as in 1999). It is actually a defining amalgamation of urban and rural fabric of life. It calls for commercially viable crops. Farmers are to cultivate and grow these crops inside multi-storey buildings. These buildings will mimic a wholly sustainable ecological system. Therefore, it’s a fascinating proposition that can perfectly harmonize with the spatial and natural elements. Moreover, it would produce food for humanity’s need. Furthermore, we can also logically argue  so, albeit with some disadvantages.

1. Farming in the future: 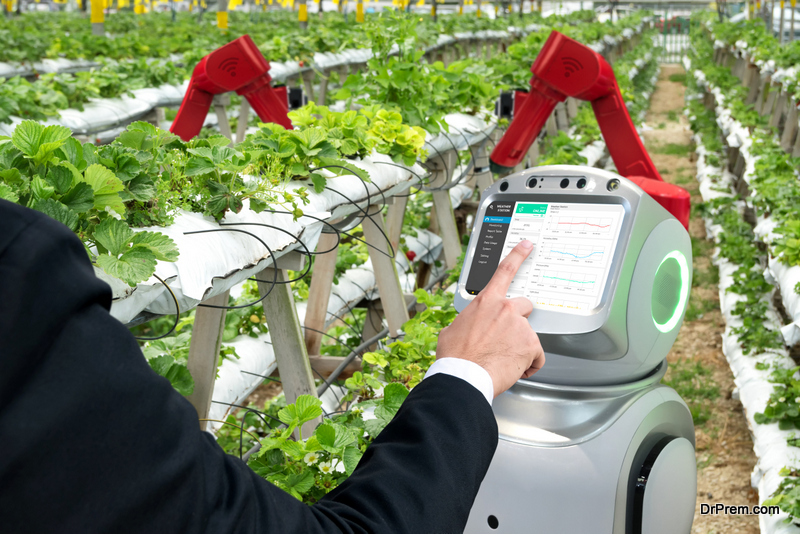 If we think about the future with the population increasing exponentially, we are clearly running out of space for important sustaining production activities, such as farming. In this case, a concept like vertical farming can prove to be an efficient spatial management system. The vertical alignment does not put pressure upon the overall density of an area, just like skyscrapers.

2. Optimum use of space

Vertical farming addresses the main concern of crunch of space especially in urban landscape. With this method we can plant and grow more in limited area of land, as the crops will grow vertically.

3. Grow more all year round

Indoor farming can produce crop throughout the year, which multiplies productivity. Due to minimum hazard of pests, weeds, diseases, and climatic fluctuations, any crop can be grown, any time of the year in controlled condition. Moreover, as the farm is situated right in the middle of big city, cost and effort of transportation of the produce from the production site to the market will also be less.

Vertical farming will reduce the need to vast stretch of land for growing crops. This will help to recover vast stretches of land, which would have been used by traditional farming. This will thus prevent deforestation and desertification. Thus, this type of farming helps in preserving the environment.

The crops can be prevented from the problems arising due to sudden change in weather conditions. Many fragile crops like strawberries are badly affected by sudden change in temperature. Vertical farming negates ill effects of changing weather as it is done in controlled environment. Thus loss of farm produce due to global climate change, and other meteorological reasons like, hailstorms, flooding, wildfires, droughts etc. can be avoided.

6. Rise in production of crops 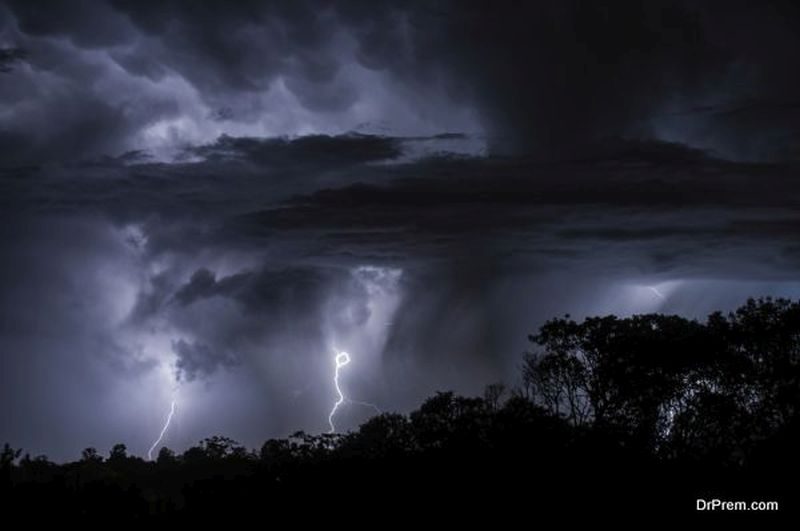 The big advantage of vertical farming is the significant increase on the yield from farms. Due to controlled conditions, ill effects of vagaries of unpredictable weather, pest and weed infestation, and diseases are minimized. This results in more produce as compared to conventional farming.

The controlled environment protects the crops from pests and weeds infestation. So the crops can be organically produced free of any insecticide or pesticide.

Any crop can be produced any time of the year. The farmers can grow the crops according to their demand, due to availability of artificial sunlight, water, temperature and nutrients.

Water is recycled a number of times in this farming, reducing the wastage. Aeroponics, hydroponics, and aquaponics systems are used which help in conservation of water.

Although initial costs of this type of farming are high, but later on it becomes cost effective. It allows farmers to use their own resources, instead of procuring materials and products from the market.

Indoor farming protects humans from the threats of diseases caused by mosquitoes and other pests, which might be faced during outdoor farming. 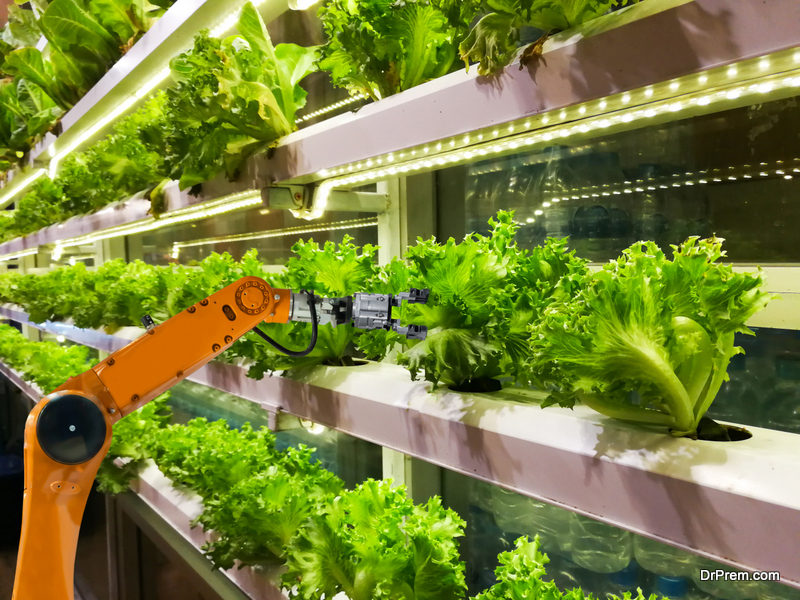 A plethora of other important advantages can be associated with vertical farming. Chief among them would be the lessening of transportation costs, as skyscrapers will produce the bulk of the food inside them. Moreover, it will in effect prevent some degree of deforestation, sprawl and other adverse aftermaths of agriculture. Even the environment in which the food will be produced would be a stringently controlled greenhouse for greater crop yields and will nullify the need for pesticides and fertilizers. The convenient consequence would be much cleaner cities with reduced global warming effects.

Comprehensively yes, as vertical farming can epitomize the green way of life with its holistic approach. In the current situation, diverse strands of natural perennial vegetation (such as prairies, savannahs, and forests) feature monocultures of weakly rooted, soil-damaging annual crops such as corn, soybean, and wheat. Their output is only increased by greater consumption of fossil fuels. So vertical farming can act as a much sustainable alternative by negating such fuel’s usage.

We are talking about how vertical farming can significantly reduce transportation costs, but, on the other hand, it should be taken into account that transportation industry does form an important part of our overall economy. So occupations like farming, delivery drivers, garbage collectors and even garbage scavengers will be placed at a disadvantage. Moreover, once vertical farming is integrated within a skyscraper, it would require copious amount of natural daylighting for the farm to be nourished. This can increase the interior temperature of the building during daytime, and substantially reduce the temperature after sunset (because of transpiration). Hence, more energy will be expended on heating and cooling systems, than that being saved by natural daylight. 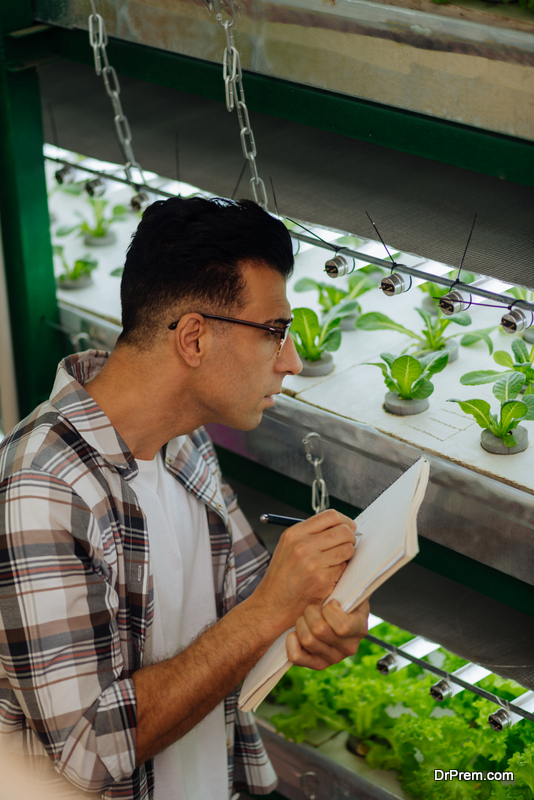 To some degree – yes, but for that artificial lighting has to be adopted optimally for a specific time of the day, which can strike a balance between the amount of energy expended and the production. Moreover, that would require the whole technology to advance more than just being a Utopian idea. As for jobs, there should be an efficient and logical program that can recreate employments for these people in the field of vertical farming itself.

Vertical farms have a long way to go before they can be put into actual practice. Even before it comes into everyday existence, a lot of research needs to be done especially in the fields of industrial microbiology, hydrobiology, engineering, physics, plant and animal genetics, waste management, public health and urban planning. However, the biggest problem lies with the cost effectiveness of the system, as scientist and anti-global warming activist George Monbiot calculated that the cost of providing enough supplementary light to grow the grain for a single loaf would be almost $10 or more! Some moderate estimates say that initial building costs can easily be over $100 million, for a 60-hectare vertical farm. Now add to that the high office occupancy costs in major cities like Tokyo, Moscow, New York, Dubai, etc.

The power required for a vertical farm can be 100 times more than the amount of light required by people working in office buildings. There are problems of even light pollution, especially during the night time when the greenhouses have to utilize artificial light (which might also affect plant pollination) . Summed up with the high cost, such a conception can seriously affect the magnitude of total energy usage in our economy. 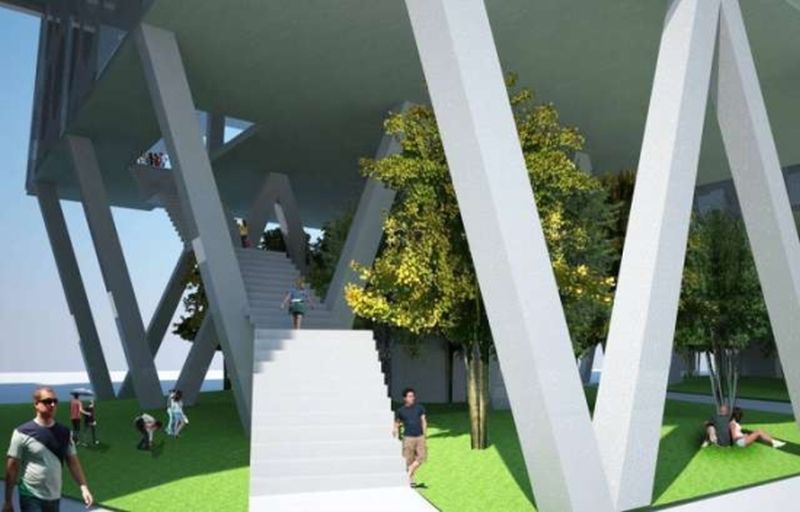 Many architects and researchers believe that with the land available for farming decreasing continuously, the future of farming rests in skyscrapers that are designed specifically for growing food. Designers at VEIL believe that growing food indoors using conventional technology won’t be feasible.

VEIL (Victorian Eco Innovation Lab) has come up with an improved design for a vertical farm that grows food hydroponically on frame structures. The building consists of large floor plates which are two stories high. With few internal floor-to-wall structures, the internal floors are kept open to allow maximum daylight and air to filter through, which will reduce the building’s dependence on artificial lighting and temperature regulation.

The vertical farm will primarily make use of stairs and the use of elevator will be confined to just one tower. The design also includes an office station, research center, café and a bio-recycling area.

Architects have designed a model of London Bridge that has developed a vertical farming concept in the form of a tower, right on the middle of the Thames River. Most importantly, the structure will be using solar energy for its operations. 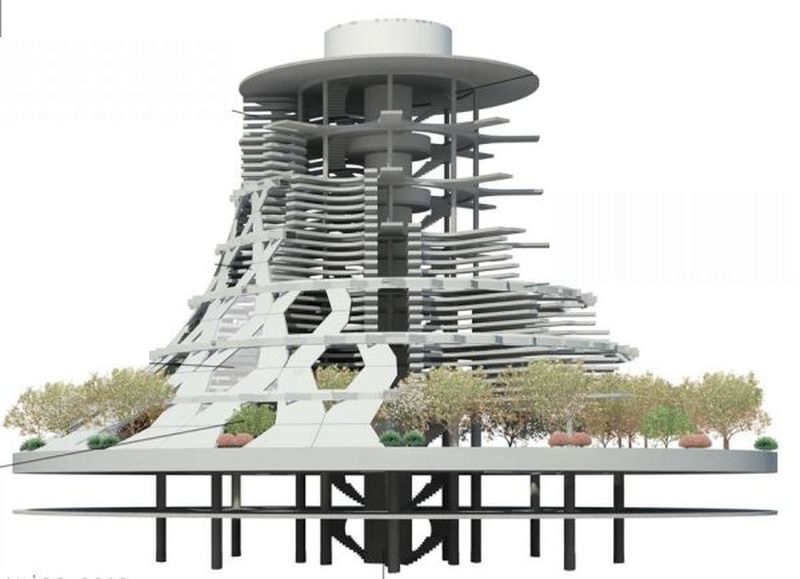 Farmers grow food in this new design of vertical farm in a shallow hydroponic system. It is usually at the higher levels of the structure while the lower levels shelter larger trees. There are wind turbines which ensure constant production of green energy. This feature, in particular, is because of the huge wind energy potential of generally windy Dallas. 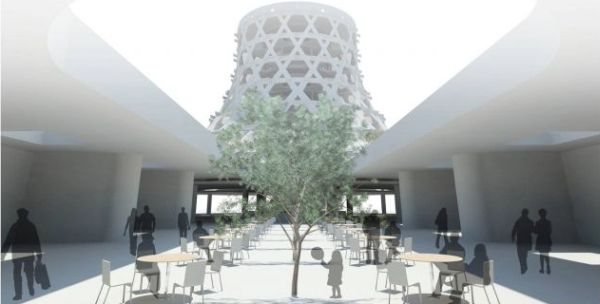 While the top levels produce food, the lower levels can also be used as green parks and a structure like this will be of minimum intrusion in an urban ecosystem. With population across the globe increasing exponentially, we need to explore new ways of farming that will be less exhausting on the limited land at an offer. Designs like the Dallas Skyfarm try and provide a roadmap towards that solution.

San Diego has been well known for its high consumption rates, most of which comes down from the town of California. However, vertical farming practices are now being devised wherein San Diego’s 10% requirement will be met. The towers will be built with a dual approach in mind, with farming done on one side and residential areas on the other end. 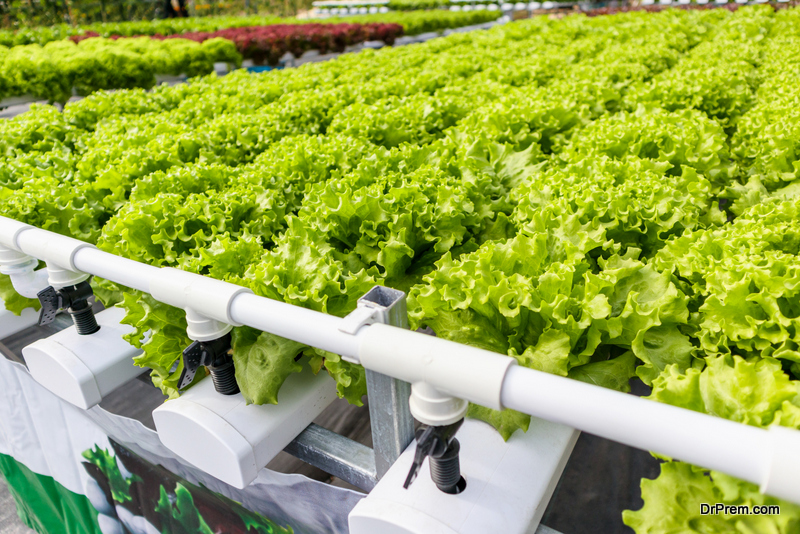 Singapore, which has developed a reputation recently for being innovative, has developed 120 aluminum based towers, having a height of almost 30 feet, that can be used to grow different types of vegetables for then selling in local food stores.

London has arguably become one of the most congested areas in the world, notoriously famous for its population density as more and more people occupy the city space on a daily basis. The model proposed is based on an integrated system wherein ecosystems will be interspersed with each other. Residential complex, bee sanctuaries, vertical farms will be built in conjunction with each other. 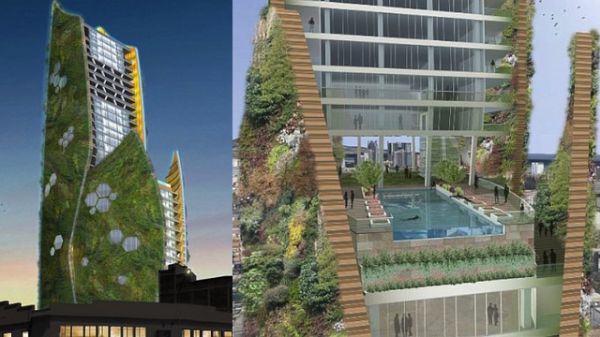 Jared Moore has designed a concept of integrated ecosystem in a tower wherein parks and plants have been developed inside the tower itself! The idea is to develop the vegetation area on top of the tower while lower levels have been reserved for residential purposes. To add a feel of energy conservation, projects such as rain water harvesting and solar energy usage have also been implemented.

Vertical farms can effectually prove to be alternative venues for agriculture. However, this can only happen if we take certain initiatives. For example, vertical farms could produce their own power by tapping into local renewable sources (solar, wind, tidal or geothermal). Moreover, they can also generate energy by burning biomass from crop waste. However, one should remember that we need to employ sustainable technologies. These would reduce the impact on overall energy consumption; and not the other way round.