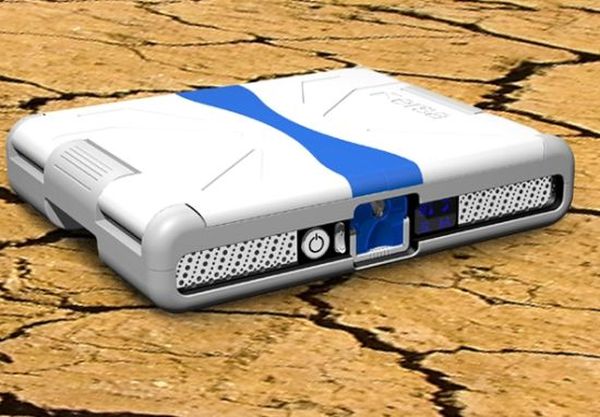 Water crisis is real. Many people are feeling it at the present, and much more and bound to feel it in the future.  Right now,  there are mainly two things that we all can do. First, we can do our best to conserve water. Second, we can utilize other sources for obtaining potable water. If you are living on land near a big water body, then it is easy for you, then you just have to filter the water. However, in case you live far from them, then you have to look for other sources. In this scenario, the best way is to harvest water from the air.

18 – Ways to harvest water from the air

Every life form present on this blue planet needs water for survival. That’s the reason we see environmentalists over the world encouraging individuals to save every drop. In fact, those precious drops might be what someone is desperately in need for. Many potable water sources are contaminated. Therefore, some designers are looking toward humid air to quench the thirst of millions. Here are some of the best devices that harvest fresh water from thin air: 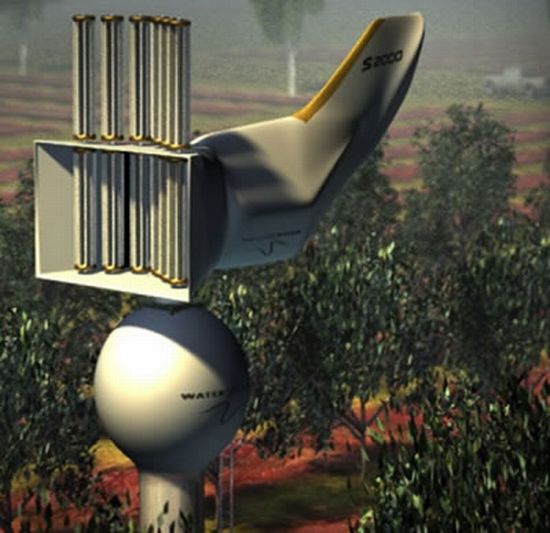 An Australian inventor has developed a device that is capable of harvesting unlimited water from air. Powered by wind, the device uses the same source for water as well. Dubbed Max Water, the system according to the inventor would even harvest significant amounts of water using air with low humidity. A four-meter square device could extract an average 7,500 liters of water a day. 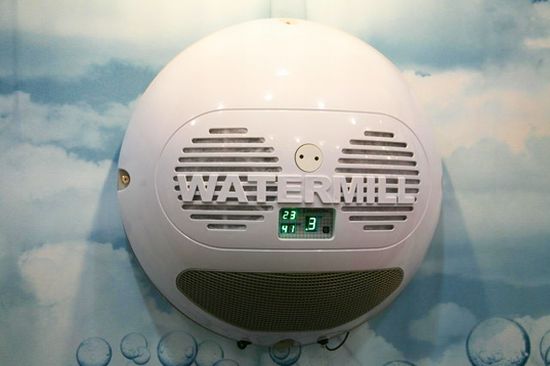 The brainchild of Element Four, the Watermill generates and then filters water. It makes the water fit for consumption. The company promises that their device will be able to generate about 3.2 gallons of fresh drinking water a day. In ideal conditions, that should be enough for a family of six. 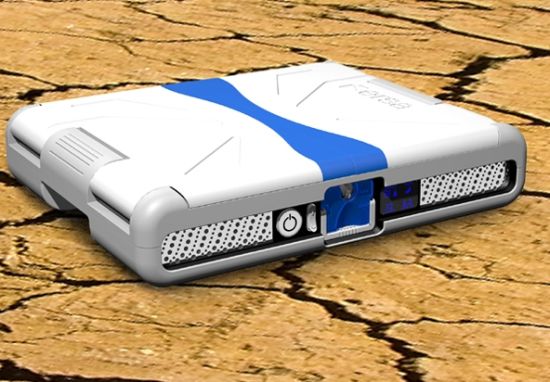 The Ersa by industrial designer Scott Norrie is designed as a standalone, sustainable product. It uses solar energy to create water from the air. The design also uses the onboard solar panels to power handheld devices and trickle-charge a vehicle’s battery. 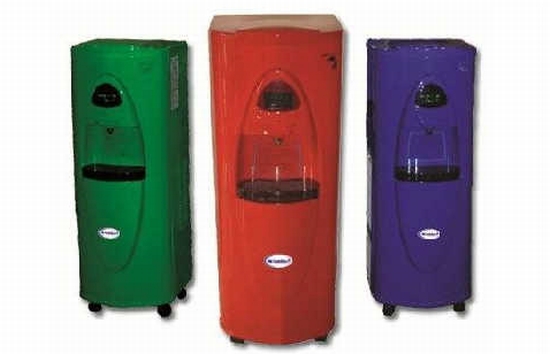 The EcoloBlue Atmospheric Water Generator (AWG) provides you with up to 7 gallons of clean water each day. It does so, however, only when the air around you is humid. The company developing the product states that it works best at 50 percent humidity. Nevertheless, it can also work in humidity levels as low as 30 percent. If, however, the air isn’t humid enough, you can always hook it up to a tap water source so your drinking water is still filtered. The EcoloBlue costs a lot, but the average operating cost stands at just 20 cents for every gallon of clean water. 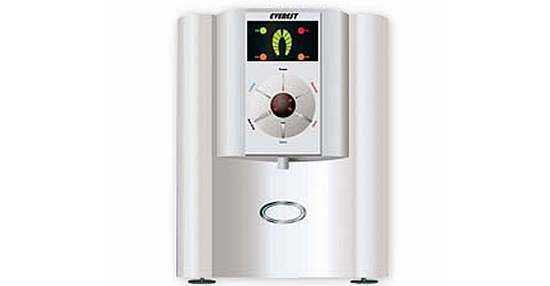 Cleanworld Ltd. has developed the RainCloud system, which is a dehumidifier with a built-in water purification system. The device harvests potable water from humid air. Moreover, it can also heat or cool the water for you to either have a nice chilled glass of water or a cup of tea. 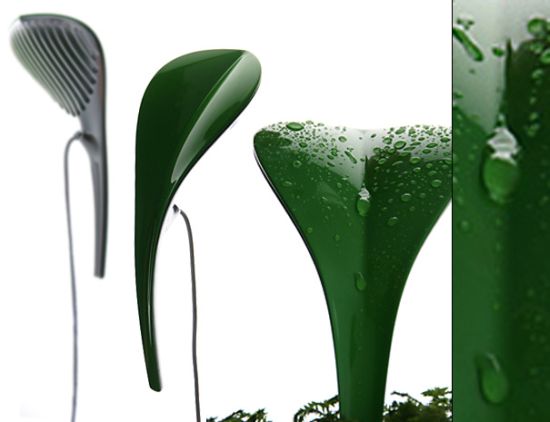 Industrial designer Jacky Wu has designed the Dew Drop device that extracts water from thin air for plants. The Dew Drop works on the principles of condensation. All the user has to do is to plant the artificial leaf in the same pot as the plant and connect it to a wall plug. Water condenses on the leaf and is fed to the plants. 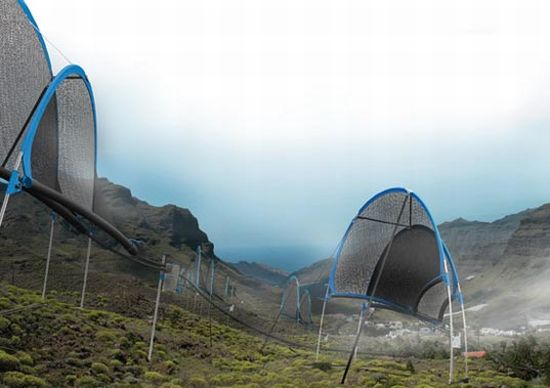 An industrial design student at Germany’s Muthesius Academy of Fine Arts and Design, Imke Hoehler, has created a system that harvests potable water from thin air and mist. Dubbed theDropNet, the water-collecting system can harvest up to 20 liters of clean water each day, and an array of several structures could supply a whole village with potable water. 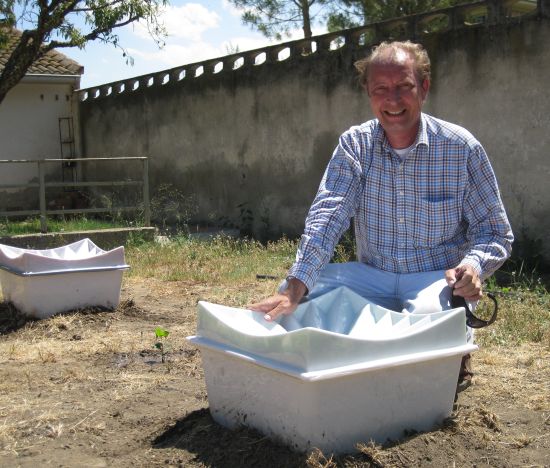 Created by Dutch entrepreneur Pieter Hoff, the Groasis Waterboxx can produce fresh water even in the driest places on earth. Inspired by bird poop, the device is modeled after the way excrement protects seeds that birds have digested, providing humidity and shelter from the elements so that they can grow. The 20-inch by 10-inch box surrounds the young plant and at night an insulation plate allows it to harvest water through condensation. 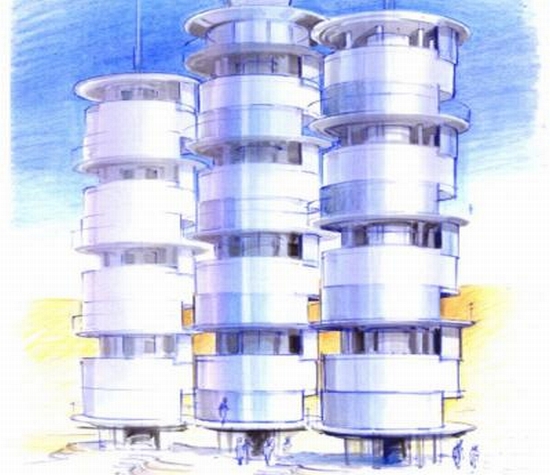 Research scientists at the Fraunhofer Institute for Interfacial Engineering and Biotechnology IGB believe that at an average 64 percent humidity, a cubic meter of air carries about 11.5ml of water, which if extracted can solve the problems of billions of people living in rural areas. The system makes use of hygroscopic brine that absorbs moisture. When this solution is made to run down a tower-shaped unit, it sucks up water from the air, which is then fed into a tank where vacuum prevails. Solar energy then heats up the solution converting water to vapor, which is then condensed and collected. 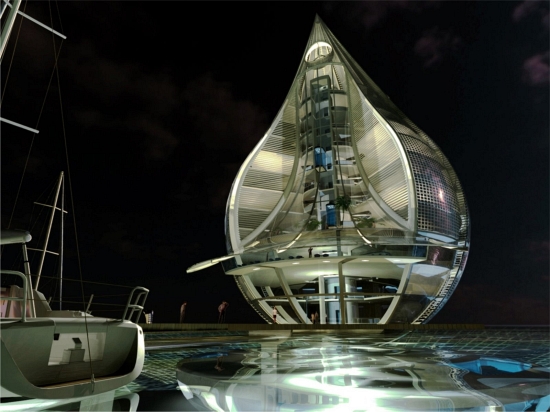 This may not be the portable water-producing device that you are looking for, but this beautiful conceptual resort is designed to answer similar issues. Conceived by Orlando de Urrutia, the Water Building Resort will make use of the best in technology to generate solar electricity, water from air and will also make sea water potable. 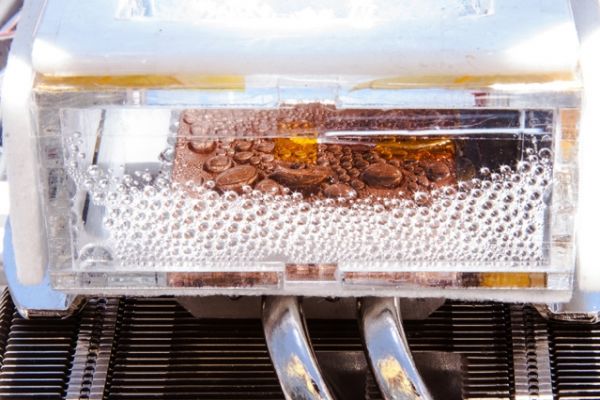 With the World Environment Day going on with this year’s slogan, “Don’t Desert Drylands!” researchers at MIT have developed printable surfaces. These are no simple surfaces, but are characterized by being both superhydrophilic and superhydrophobic. This innovative technology will help harvest water from desert air.

Andrew Parker, Oxford University zoologist in England, explained that these new surfaces are more efficient than the currently, methods used to collect water from the air using nets.

The new technology improves on nature with the help of glass nano-particles, mimicking the desert beetles’ way of extracting water from air. Named Stenocara, the beetle lives in Africa’s Namib Desert, which is considered as one of the hottest environment on Earth’s lands. 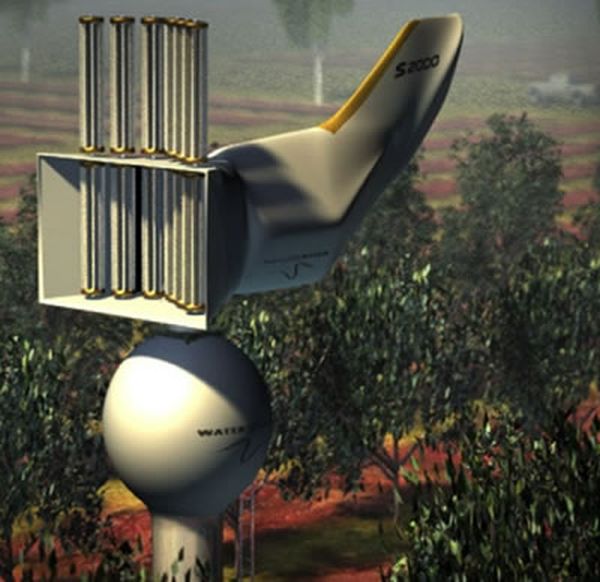 When one hand the world is hit with drought, the researchers are, on the other, up with their gloves in finding a better solution to it. Good news, especially for the desert-dwellers. An Australian inventor has designed a device that is capable of harvesting unlimited water from ‘the air’.

Not just that! The device also serves the nature by the power it is driven with – wind. Thought its critics are considering it to be too good to be true, Dr Max Whisson — a retired medical specialist turned inventor – confidently claims to have designed this highly efficient wind turbine capable of both running a refrigeration system as well as cool air, condensing moisture from it!

Such device if really exists will surely in a near future wipe drought from the world. To add to, we all can just use water from the air without worrying of or disrupting the environment, as there a huge amount of water is available in the atmosphere, which is replaced every few hours.