Countries are quickly switching to renewable sources of energy. Renewable sources of energy like solar energy and wind energy are becoming mainstream. Designers from all around the world are coming up with new methods to exploit their potential. Every year we see new and innovative solar panels and wind turbines. What was thought as something only for big companies has eventually come to consumers. The day is not far when we would be living in houses that generate their own electricity. If we follow the path of sustainability, then the future is definitely bright. Designs like PacWind Vertical axis wind turbine show that we are heading in the right direction.

Wind machines were used for grinding grain in Persia as early as 200 B.C. Those giant windmills are pretty much a nonstarter for individual residences. Imagine a loud whoop-whoop-whoop coming from your neighbor’s roof. Not. So we were happy to see vertically oriented wind turbines. These are sold by PacWind. These are not only said to be friendly to birds, but also are appropriate for use in urban areas. Ed Begley Jr. is a spokesman for the company. He points out that PacWind turbines are silent and compatible with solar power and grid-tied systems. 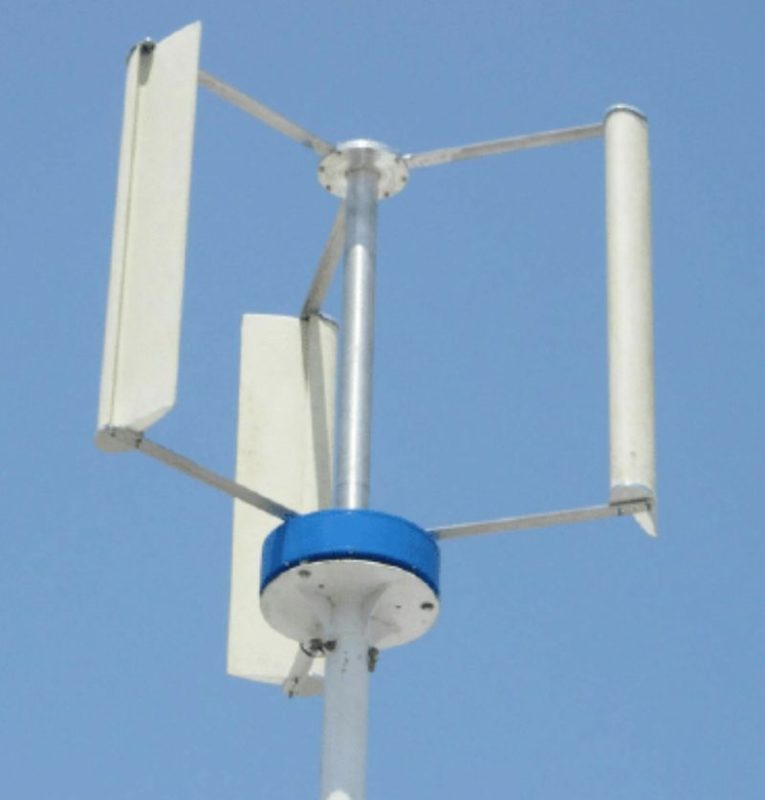 The smallest unit offered by PacWind is the Seahawk. It is 30 inches wide and 48 inches tall. You can use it in your charge of your homes, boats, buildings, and lighting. Moreover, you can also use them to generate emergency power and remote power such as an automatic gate at the end of a long driveway. The SeaHawk, the first turbine in a series has a power output of 1 Kilowatt and a maximum power output of 3.4 Kilowatts. The SeaHawk measures 55 inches High by 30 inches in diameter. The PacWind VAWT is scaleable to Megawatt class turbines.

The PacWind VAWTs are architecturally and aesthetically pleasing. You can install them in stand alone fashion or in VAWT towers of up to five turbines high. Moreover, the PacWind VAWT towers allow for extremely compact utilization of the wind’s energy in urban as well as rural areas, while at the same time allowing the turbines to simply blend into their architectural surroundings.
Whenever the wind blows, you can kiss your electric bills good-bye… and wherever the wind blows, you will find a perfect spot for a PacWind turbine!Via: Ekkoinfo

Here is a list of five wonderful wind turbine designs that promise to generate renewable energy with a difference: 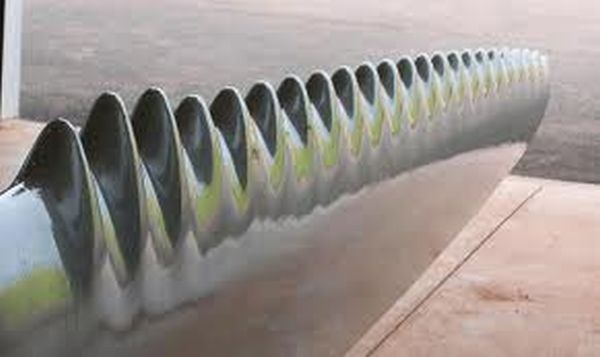 Inspired by the tubercles or the bumps present on the fins of Humpback whales, the company called Whale Power redesigned their normally smooth blades of a wind turbine by adding a whole new series of ridges. The company reports that the new blade design will result in 20 percent increase in annual electrical production. This new structure prevents the turbine blades from causing stalling and producing too much drag and helps the blades to achieve steeper angles, which results in generating more power even during low winds. Therefore, with this new eye-catching design, Whale Power seems to have achieved a milestone in generating more power with minimum wind.

Designed by the PM Breakthrough Award winner Shawn Frayne, the Windbelt is a small structure of wind turbines that generates 40milliwatts of power at 10mph wind. It is mainly designed with an aim to help the poor people enjoy power safely and by spending only a few bucks. This Windbelt generates electricity by the oscillation of two magnets, which are fitted between a pair of wire coils on a membrane. 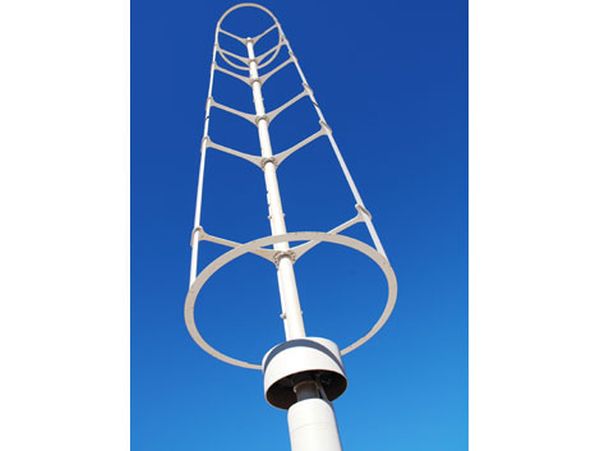 Windspire is a new state-of-the-art vertical wind turbine with a 30-foot tall body and a 4 ft wide wind turbine. This new wind turbine can generate 2000kilowatts of power per hour with a wind blowing at 12 meter per hour. Besides this, Windspire can also survive strong winds blowing up to 105mph. You have to install the wind turbine with a tall and thin propeller-less rotor. It generates power by spinning its vertical airfoils. Many schools, businesses, museums and county homes across the country have already been using Windspire for generating power.

Honeywell Wind Turbine is one of a kind rooftop wind turbine. It can generate electricity even with a wind blowing at a low speed of 2 miles per hour. Moreover, it is mainly designed for businesses and homes. Like most of the wind turbines, the Honeywell turbines do not have gears but the tip and the enclosure of the turbine blades have magnets in order to produce power. According to the company, this unique design allows lower resistance and therefore results in higher energy output. 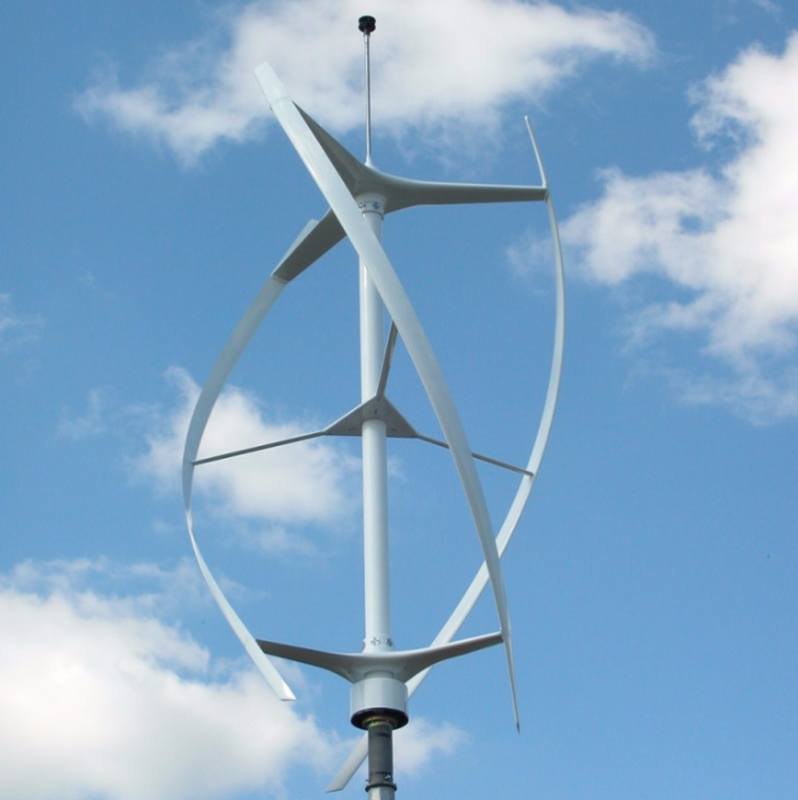 The Quiet Revolution qr5 wind turbine keeps in mind the urban environment that generally experiences an ever-changing wind direction and low wind speeds. Unlike the traditional wind turbines, which generally capture horizontal winds, the qr5 is helical. Therefore,  it can collect wind equally blowing in all directions. Throughout the United Kingdom, almost 70 qr5 were installed in 2008. According to reports by the company, each unit has been successfully producing 4000-10,000 kilowatt-hour every year.

Conventional three-blade wind turbines might be able to churn out an enormous amount of green power when installed on an offshore location. However, the power generated by a three-blade turbine is proportional to the length of the blades that the turbine is equipped with. More power means more size, which makes these turbines unfit for residential installation. Optiwind has developed a new turbine that can generate enough electricity to power bigger structures.

The Optiwind Compact Wind Accelerating Turbine consists of a series of small, five-bladed fans which act as a funnel in the wind and accelerate it. This funnel-shaped turbines help generate more electricity even at low wind speeds, which is common in urban cities. Having a diameter of just six meters, the turbines can be used in areas that don’t have much space to spare. The turbine comes in two versions – a 150KW model for buildings that use $35,000 of electricity each year and a 300KW model that is for buildings using up to $75,000 of electricity annually.