Graphene seems to be the favorite subject of research off late and it is understandable why. Every modern gadget and cutting edge technology, that ranges from simple transistors to nanotechnology, use graphene at some level. But till very recently it was thought that one could not induce piezoelectric effect in materials with a carbon molecular structure. Piezoelectric effect is the phenomenon in which a material that is subject to mechanical force produces electric current. 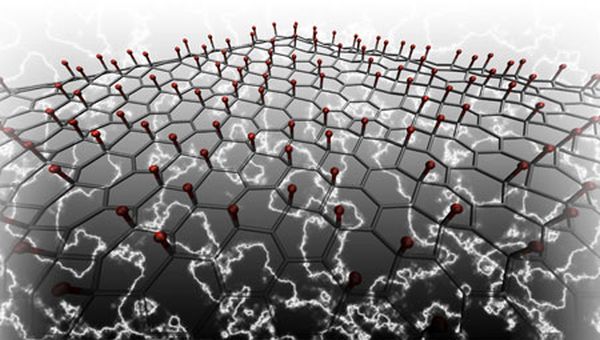 In essence, the research of Evan Reed and Mitchell Ong from Stanford School of Engineering gives us future graphene materials that can produce electricity when subjected to physical strain and can change shape under the influence of electric current. Considering graphene’s incredible popularity in a field like nanotechnology, its ability to change shape when induced with current could be of incredible value. This also points to a future in which gadgets will be faster, sleeker and hence far more energy efficient than today.

The unexpected phenomenon was achieved by the researchers when they induced graphene surface with impurities like fluorine, lithium and potassium and this gave graphene its new found piezoelectric property. The process of doping graphene seems similar to the doping of p-type and n-type semiconductors, though the mechanism of actions from there on and the end result are vastly different. The large nature of the piezoelectric effect thus generated surprised even those working very closely with the project and graphene materials.

Obviously lot more research needs to go in before we can even think about the commercial implications and widespread use of ‘doped-graphene ‘. But so far all signs point towards wider use of graphene in coming years.