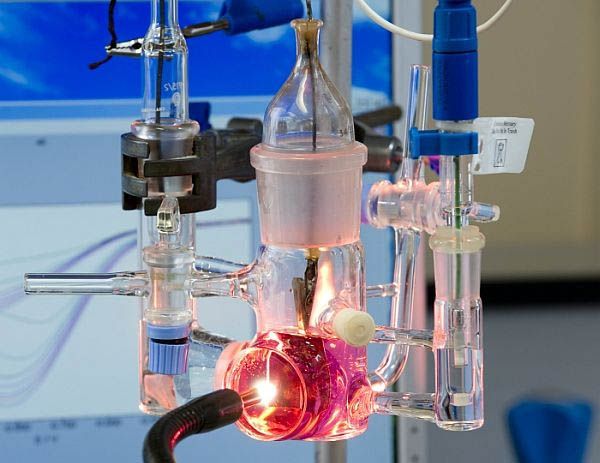 The popularity of nanotechnology has seen a boost in recent years as scientists and researchers have attempted to create products on a much smaller scale than is currently being done. At present, commercial applications and products based on nanotechnology are fewer than we would like to see ,but we are get there eventually. The more important question is whether we can successfully apply nanotechnology to green living or not? The answer is yes, we can, as our technology has steadily progressed from production of nanotech membranes and filters to diesel and solar fuel. Innovative minds are finding new ways to apply this field of study for a greener future.

Presently, solar energy is being widely used as an alternative to fossil fuels but manufacturing the essential sunlight harvesting tools like photovoltaics can be expensive. Not to mention, the energy output is comparatively less considering the amount of solar energy that reaches the earth. There could be a way around this, however, as researchers are experimenting with nanotechnology to create solar fuel, they are all set to build a solar nanocell containing what is known as quantum dots which are semiconductor clusters. The dots are grafted with catalyst molecules inside, which electric current carriers create when sunlight is absorbed. Potentially, the carriers and the molecules could turn water into fuel for vehicles powered by hydrogen.

Nanotechnology could help save power around your home 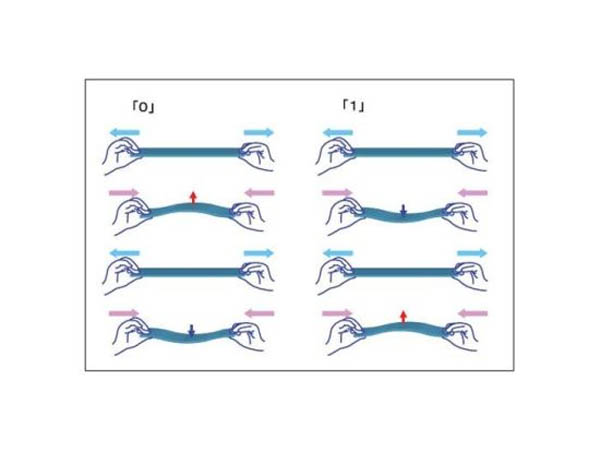 Most gadgets around the house require a certain amount of power to function and the bigger the device, the more the power required. Researchers of Japan’s NTT are trying to find a way around this and they have created a semiconductor using MEMS or micro-electro-mechanical system nanotechnology. The semiconductor is capable of making most modern devices work with just 0.001 percent of the power currently used. However, several conductors would be needed to power bigger devices like computers. 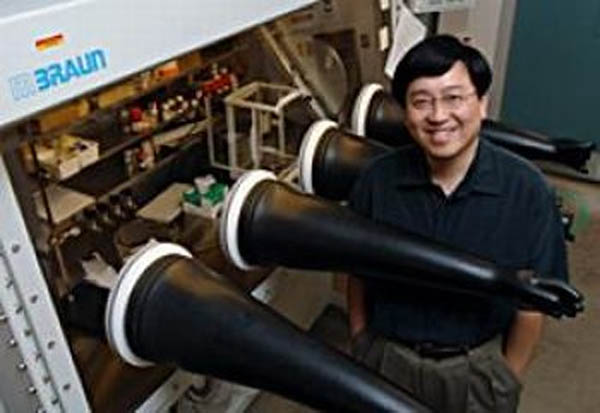 Scientists of Iowa have come up with what they say is a high-tech catalyst capable of producing biodiesel more efficiently. They’re working with Ralston’s West Central Cooperative to apply their findings on a bigger scale. The catalyst will be able to convert animal fat and restaurant oil into biodiesel faster. Present methods don’t allow for quick conversion of such materials as they contain free fatty acids. So it is hoped that the catalyst will prove to be the solution. If everything works out well, we will be able to reduce restaurant waste significantly alongside replacing conventional fuel. 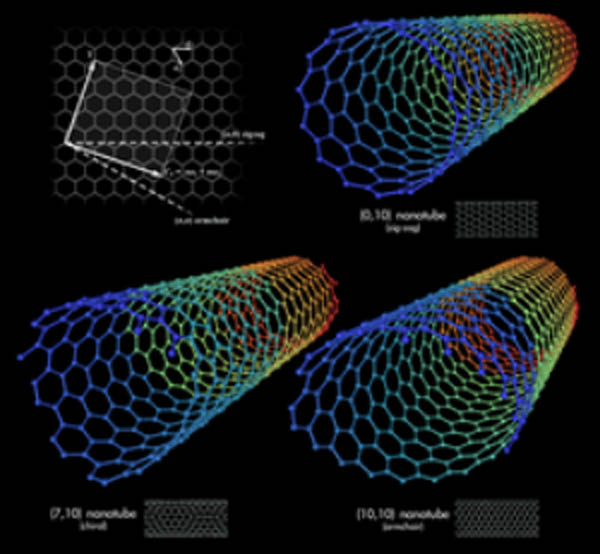 Batteries are known for their short life, posing a pain to those who rely on them. To address this problem, scientists of Shenyang National Laboratory for Materials Science have come up with a novel solution: sugar-coated silicon carbon nanotubes. They claim that the nanotubes have a discharge capacity of around 727 mAH per gram which is about double that of non-coated silicon carbon nanotubes. If successfully applied to lithium-ion batteries, we may soon have gadgets operating for a significant period of time without having to change batteries often. 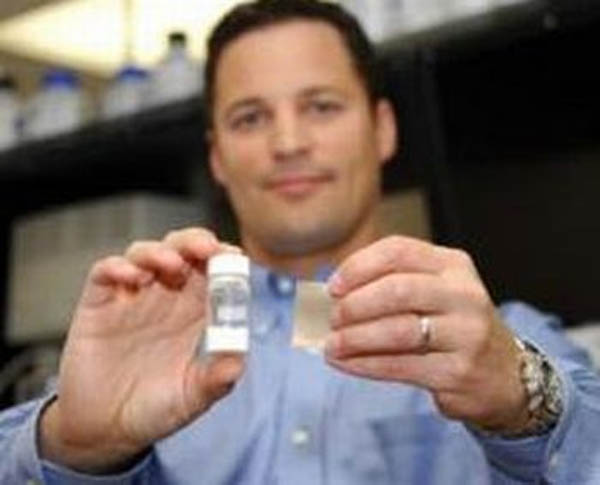 The world is heading towards a water crisis and the worst-hit will no doubt be underdeveloped nations. While desalination and water purification are two solutions, the methods are quite expensive. The University of California, Los Angeles seems to have discovered a solution: a revolutionary nanotech membrane water filter. Small and cheap, the filter is far more energy efficient than what is being used today. Called the UCLA membrane, the filter rapidly shuttles water molecules and repels other particles simultaneously.

Imagine having your tea purified while you drink it. This concept has been brought to reality by researchers at Stellenbosch University in South Africa. They’ve created a tea bag that uses nanotechnology to purify drinking water, making it free from bacteria and other contaminants. The tea bag uses very thin nanoscale fibers and carbon grains which filter the water. It’s cheap too, costing less than a cent per bag. Each bag can purify up to a liter of water and all you need to do is hang it over a filled water bottle. 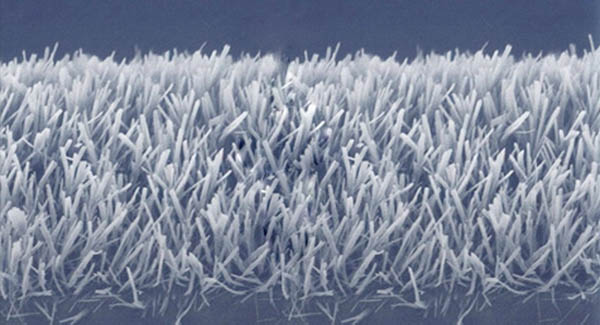 Solar panels need to be kept clean in order to harvest plenty of sunlight as dirt reduces their efficiency.Most of them are placed on rooftops or towers and therefore, making the cleaning task quite a chore. Tel Aviv University has sought to address this problem by developing peptide nanotubes that repel water and dust. The technology can also be used to create super-capacitors to produce rechargeable electric batteries capable of storing a great deal of power. This could be used to propel EVs that need to rapidly accelerate. 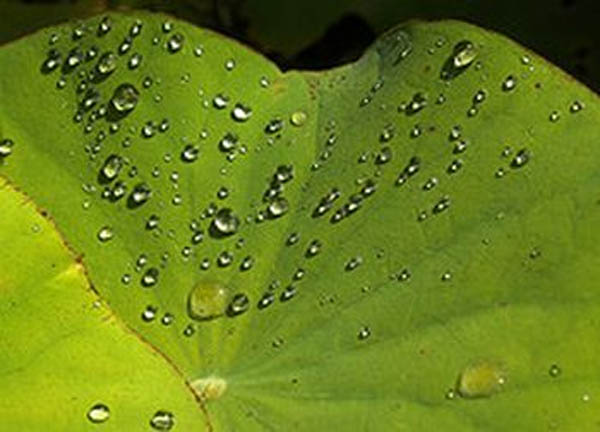 Taking inspiration from the leaves of the lotus flower that cleans itself, researchers of Georgia Institute of Technology have developed a method using nanotechnology that will help create photovoltaic arrays and electric transmission systems whose surfaces aren’t affected by water and other impurities. Since dirt reduces the efficiency of PV arrays by decreasing the amount of sunlight that is harvested, this technology will greatly aid in harnessing maximum solar energy.

US-based Argonne National Laboratory has developed nanotechnology-based hydrogen sensors that are cheaper but equally efficient as conventionally made ones. The sensors use palladium nanoparticles in lieu of pure palladium and can even be used to discover hydrogen leakages in the pipes of space shuttles which will increase the security of shuttle flights. Since they’re flexible, they can be wrapped around surfaces that are curved. 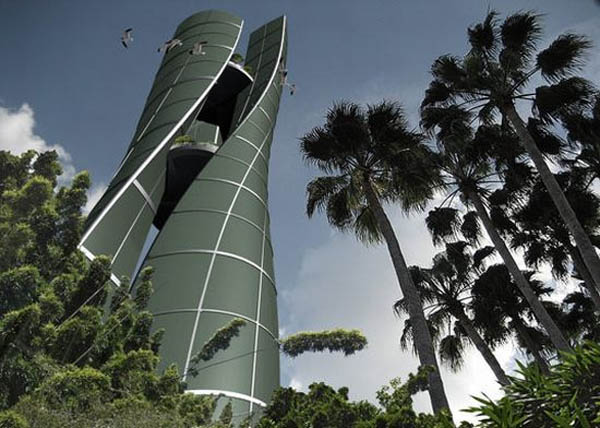 The brainchild of Agustin Otegui, the Nano Vent-Skin has the capability of sheathing buildings in a solar weave to produce solar power as well as absorb CO2. This shimmering zero-emissions material harvests sunlight through a layer of photovoltaics and then transfers the energy to storage units via nano-wires. Tiny turbines use polarized organisms to generate power every time they come into contact with the building and lastly, the organisms absorb CO2.