The good, the bad and the ugly about piezoelectricity 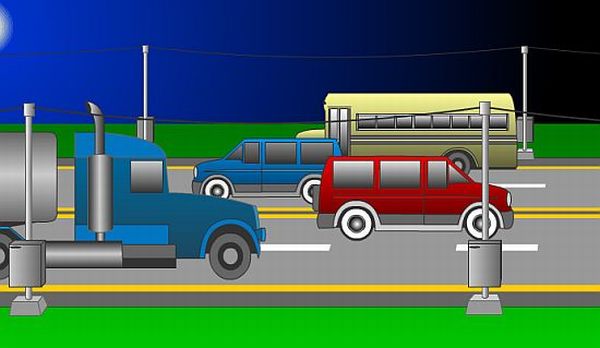 Certain crystalline minerals when subjected to a mechanical force, exhibit an unusual trait, in that- the crystals become electrically polarized. Now, if one of these voltage-generating crystals were subjected to an electric field, it exhibited shortening or lengthening of the crystal in proportion to the strength of the field. This behavior of crystalline solids, is known as the piezoelectric effect. This effect was discovered by Pierre and Jacques Curie in 1888 and is derived from the Greek word “piezo” which means to squeeze or to press. The piezoelectric effect has been applied in many areas such as displacement sensors. The inverse piezoelectric effect has found its application in generating sonic and ultrasonic signals and in motors for control positioning.

Used in gadgets and for power generation: The piezoelectric effect has found its use in instruments that require higher degrees of mechanical control. One of its uses is in scanning tunneling microscopes. Crystalline substances such as topaz, quartz, cane sugar and tourmaline contain crystals that have multiple interlocking domains of positive and negative charges. When stress is placed on the crystal, the symmetry is mildly disturbed and this generates voltage in thousands.

Since piezoelectricity is all about the ability of crystalline materials to generate electricity due to applied mechanical stress, this could be the future of clean and sustainable energy. Energy generating roadways, sound powered cell phones, pavement lights powered by sidewalks, eco friendly concept cars and vehicles powered by air flow are some of the amazing applications where piezoelectricity could be made use of. The Tokyo railway station is a classic example of use of piezoelectricity. The system generates electricity when people walk at the ticket gates and the power is used to display all the electronic systems at the railway station.

Efforts are on to improvise the piezo ceramic products and develop better ones. At present, the main concentration is on solid state motion research, which is focused on getting affordable actuators that are low on consumption of electricity and high on dependability. The search is on for solenoid replacements and electrostatic muscles and the day is not far when sufficient progress will be achieved in obtaining the perfect piezo material. Worldwide, countries are investing heavily on research in this area where piezoelectricity can be used unhindered by limitations.

1.Piezoelectric devices are not as efficient to provide sufficient continuous power: Since the power generated depends on the applied mechanical stress, it may not always be consistent. For instance, at the railway station, the number of people crossing the ticket gate may vary from sparse to a size-able number. This will cause a fluctuation in the power generated and sometimes you may end up with no electricity at all. This means that all the electronic displays will need a back up and cannot run on piezoelectricity alone.

2.The piezo element will have to be pre-loaded to produce tension since it does not have a constant force.

3.Piezoelectric substances are quite expensive so the cost factor could be a hindrance. Moreover this may not be very feasible in rural and semi-urban cities, since they may not have many commuters all the time to apply mechanical stress.

The only solution to getting continuous power from piezo electric devices is to have a sufficient backup system to combat with the shortage of power when it occurs. These batteries will have to be high capacity batteries to provide continuous power. This again may be a tad expensive and will need to be properly planned for proper execution.

Piezoelectricity generates a subdued stroke: Where fluid power applications are concerned, they can generate a subdued stroke and this could be the biggest disadvantage of piezoelectric devices. Furthermore, the actuator systems will need to incorporate temperature compensation mechanisms due to the varying co-efficients of thermal expansion between a piezo actuator and its housing actuator systems.

Piezoelectricity definitely has found its rightful place in generating power in many applications due to its clean energy system. Piezoelectric sensors offer amazing capabilities not found in others. While wide frequency and amplitude range work to its advantage, lack of continuous power supply work against it. However, practical solutions to its limitations need to be thoroughly studied before it becomes a fully fledged power generating alternative in the near future.