Why and how to make farming bee friendly 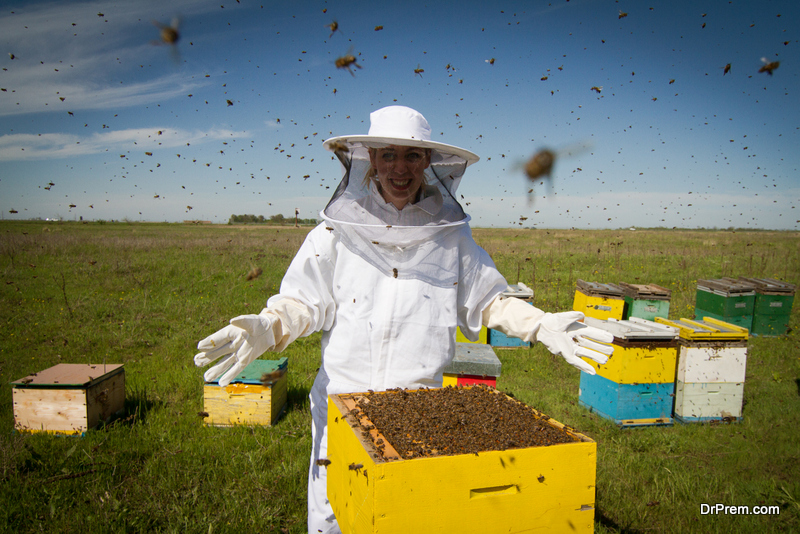 Pollination by bees is a phenomenon that is extremely important to the agricultural industry. Without the presence of bees, it would be absolutely impossible to efficiently conduct the process of pollination. Although artificial pollination is a possibility, it can only be done in controlled conditions. It is not always possible to pollinate crops that are grown in the field in such a way.

The labor force and manpower required would render cultivation of crops absolutely impossible. In such a case, it becomes extremely important to make farming bee friendly. In such a situation, it becomes important for us to understand the real issues plaguing the existence of bees. Only then can we work to rectify them. 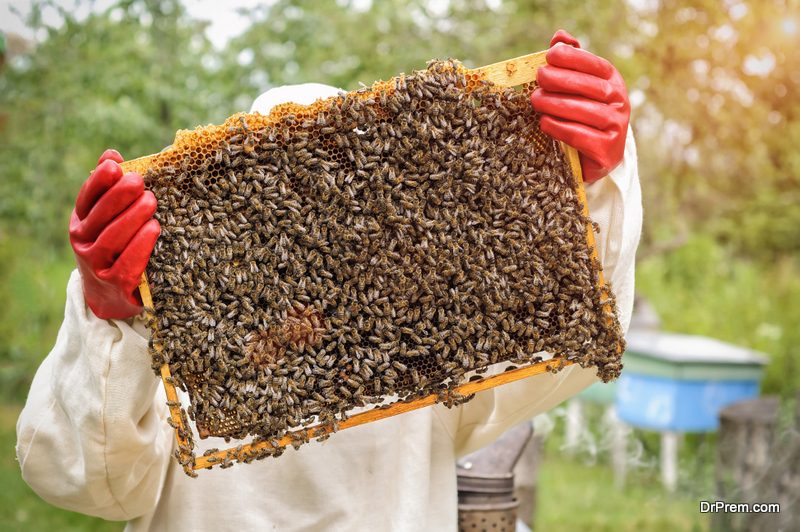 Whenever we think of bees we usually think of the honeybee and the bumblebee. But these are not the only types of bees out there. In fact, there are approximately 4000 other species of bees that exist only on the continent of North America. These native wild bees are extremely important for the agricultural industry since they work harder than honeybees.

Like their more popular cousins, the native bees to are hard workers. They assimilate pollen as food for their young. In the process, they end up pollinating crops. These crops include eggplants, zucchini, tomatoes, cucumbers, melons, watermelons, pumpkins, and winter squash. They are also responsible for the pollination of fruit crops such as raspberries, strawberries, and blueberries. Hence the importance of honey bees in agriculture is manifold. 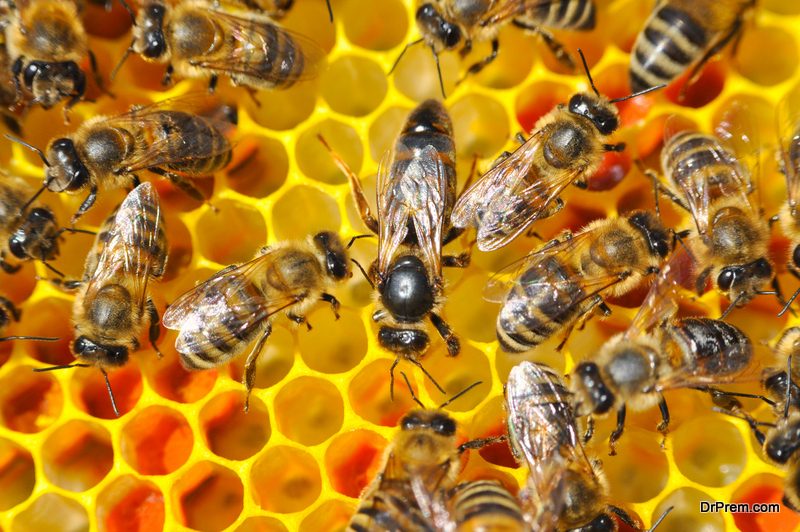 Native bees have been found to be more efficient for pollination than honeybees. Species of bees such as squash bees start work earlier in the morning. They also work in extreme weather conditions such as rain and cold weather. This ensures a more effective case of pollination than in case of honeybees. Native bees also increase the work capacity of honeybees due to competition. According to a study, it was observed that in the presence of native bees, honeybees worked five times more efficiently. 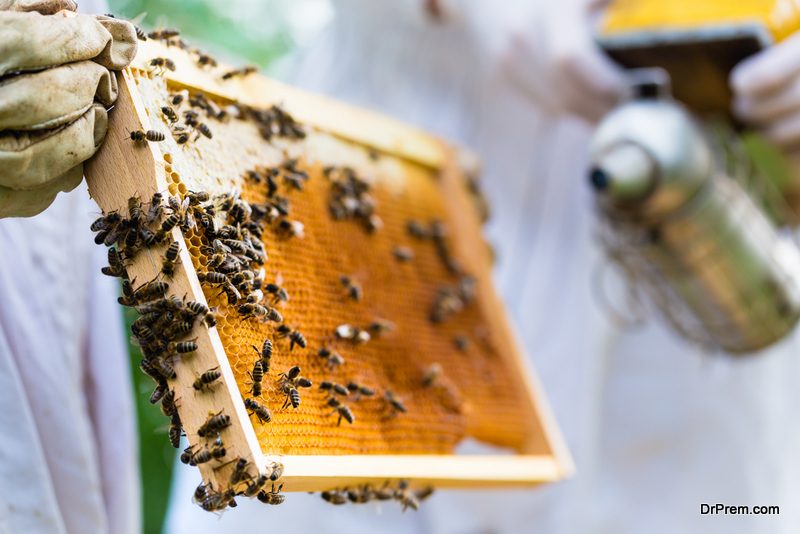 The effect of pesticides was devastating and had resulted in the decimation of around 50% of native bee populations. Pesticides may also cause behavioral changes in bees such as paralysis. The bees have been observed to become disoriented and ultimately die. In the recent years, this has led to a rapid decline in bee populations worldwide. Considering the importance of honey bees in agriculture, it is important to make farming bee friendly. 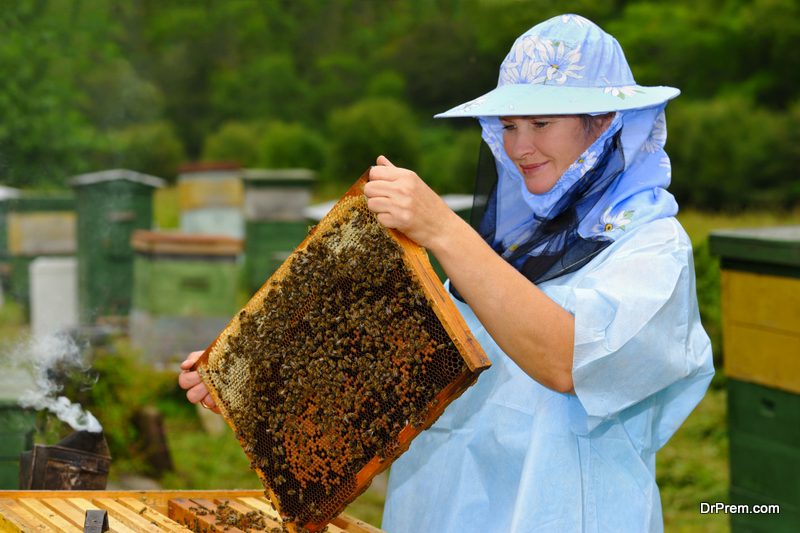 The following steps may result in the formation of an eco-conscious farm environment to ensure better health of bee populations:

1.     Native flowering hedgerows should be maintained:

It has been observed that single crop farming is not suitable for bees. This is due to the reason that bees require different types of pollen to gather a number of nutrients.

2.     Wildflowers should be allowed to grow all around an eco-conscious farm:

Bees are attracted to bright flowers in the shades yellow and white. These flowers are found in plants such as radishes, arugula, broccoli raab, and mustards. Seeds of these plants can be planted in between crops to attract these pollinators. Wildflowers are usually removed from the soil due to the fear that crops will suffer from a lack of nutrients. But research has shown that these wildflowers make the pollination process more efficient.

3.     Nesting places should be provided for wild bees:

The importance of honey bees in agriculture is the reason why we need to take their nesting into consideration. Honeybees need a safe place to create a hive where they can work uninterrupted. In the absence of such a place, they would not have any incentive to settle near a farm. The presence of an old and sturdy tree also is of paramount importance while bees search for nesting places. Such a place needs to have different varieties of flowers all around them. In order to make farming bee-friendly, it is imperative that eco-conscious farms focuses on creating such a nesting place for bees.

4.     Artificial pesticide use should be minimized:

Usage of artificial pesticides should be banned and only natural pest control measures should be used on farmlands. Otherwise even a long time exposure to fumes from pesticides can cause paralysis in bees. These are some things to keep in mind while considering the importance of their species and their applications in agriculture.

5.     Pesticide inputs should be reduced:

The overall usage of pesticides, whether it be organic or inorganic, should be reduced. Pesticides cause nothing but harm to not only the resident bees but also the beneficial insects present in the soil. There has been a rapid rate of colony collapse disorder being exhibited by a lot of hives. In order to reduce the number of colony collapses, it is important to maintain as organic an agricultural process as possible.

Future of farming – resting on the wings of bees: 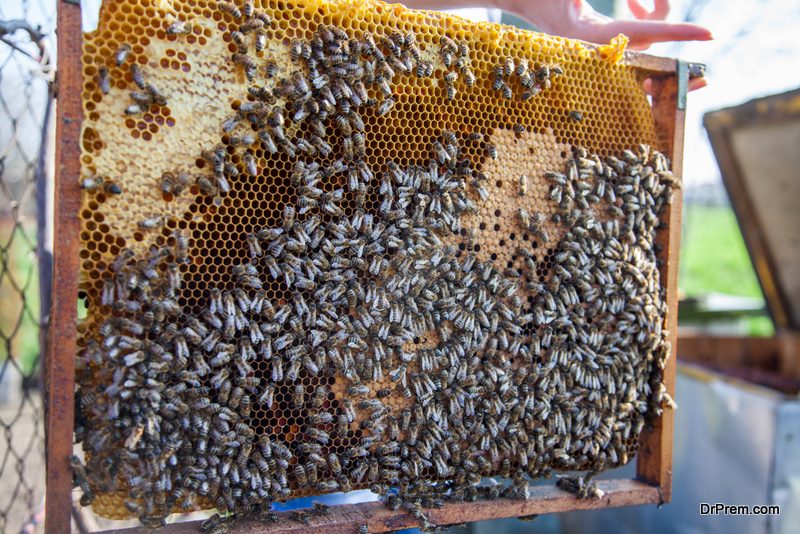 The future of farming rests on the survival of these species of bees who are nature’s pollinators. In the absence of these species, there would be an agricultural disaster where crops fail to reproduce and die. This would be due to the lack of pollination in flowers. This would lead to a number of male plants, which, without the presence of female plants, would also wither away. This phenomenon, on a global scale, would lead to a decimation of the human population due to the lack of food. Because of their great impact on the future of farming, it is important to make farming bee friendly.

7 Ways to Save Energy in Your Bathroom

Tips for generating a slogan for your green business