Solar energy has become more and more popular in the last decade with homes and businesses embracing a cheap and endless source of power. The installation of solar panels, especially the solar powered air conditioner around the home can help to reduce utility bills and is also tax-deductible in most countries with governments giving incentives to people using green technology. With a dependence on foreign fossil fuels and the high cost of importing coal and oil each year to help keep the economy moving solar power has helped to reduce costs and create domestic jobs at the same time.

It has never been easier to convert to solar power with solar installers now based in all cities and the majority of towns who will be happy to give advice over the phone and come and assess your property giving a quotation on the best solution to installing solar power and help you start to reduce your carbon footprint and your expenditure. If you’re not familiar with how solar power works here is a short guide to help you understand the process.

How Do Solar Panels Work? 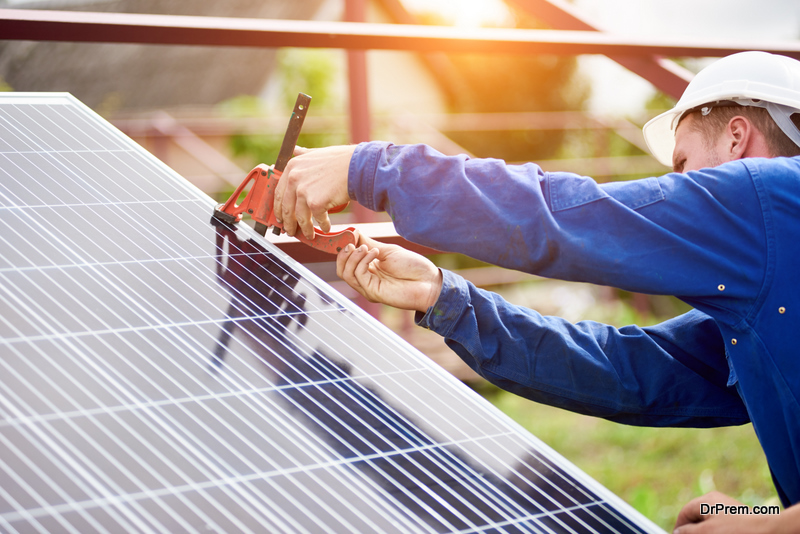 Solar panels are a surprisingly simple technology that keeps the cost of purchasing and maintenance down. A solar panel works by allowing photons (rays of light) to knock electrons free from atoms and create a flow of electricity. Solar panels are made up of many small pieces called photovoltaic cells which convert the sun’s rays into electricity that can be used to power devices such as torches or heat the swimming pool of your home.

Energy once harnessed is then stored in batteries and used as needed, it does sound a bit complicated but it’s really not. The engineer that installs your solar panel and system will talk you through the whole process. Researchers have recently created solar panels that are less thick than human hair and can still harness the sun’s power whilst still being flexible and weigh virtually nothing making them ideal for personal items like smartwatches or for architects to incorporate them into future projects and still retain the beauty of the original design concept.

When Converted What are the Benefits of Solar Energy?

After conversion, the sun’s radiation has so many uses that are incredibly useful for day-to-day life, whether it is in the home or office solar power is a gift that keeps on giving. One of the best things about solar panels is they don’t need direct sunlight and can still work and charge even during bad or cloudy weather. Here are some of the benefits of using solar power:

With so many uses and a small bit of knowledge, solar power is changing the way that many homes and outdoor adventures enjoy having electricity at their fingertips for comfort and potential emergencies.

Which Counties Have Embraced Solar Power the Most?

Whilst some countries have been slow to embrace solar energy largely due to the large-scale infrastructure costs of integration to their national grids others have been investing heavily. The benefits of a long-term investment have been widely recognized and taking into account the environmental and financial benefits have spurred many countries to adopt a positive attitude towards solar power. China is the world leader when it comes to solar energy production with 170,000 megawatts being produced annually for domestic consumption, the United States is third slightly trailing Japan with an estimated 53,000 megawatts each year.

European countries even the United Kingdom with its notoriously bad weather still harness enough solar energy to power the equivalent of 4 million homes. Australia which has vast amounts of sun-drenched land is installing and operating huge solar power plants and wind farms on land. India has also taken solar power and begun to utilize its potential especially in rural communities that do not have access to the national grid providing power to homes that otherwise would still be without electricity.

An Industry That Helped Bring Solar Energy to Earth

It is not really surprising that the space industry was one of the first to truly recognize the importance of solar power and its incredible potential. Satellites and the International Space Station use solar to power for much of their energy. Cheap compared to conventional generators and light to transport they are indispensable to NASA and other agencies around the world.

Even today the Vanguard 1 an artificial man-made satellite has been on a journey of over 6 billion miles by using solar energy and is the oldest manmade satellite in orbit today. With no concerns about a yearly variation of the sun’s rays due to weather like on earth, space crafts can enjoy the power of the sun 24 hours a day helping to provide energy for essential life support functions and scientific missions.

Are There Any Downsides to Solar Energy? 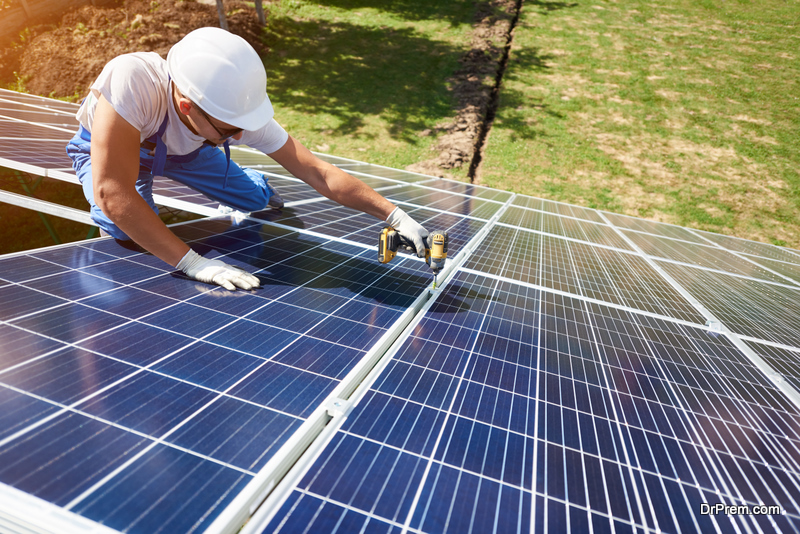 Solar energy has no real negatives but if you do want it to work 24 hours a day you will need to invest in a storage device so you can still use the power at night time, these are not very expensive and once the sun comes up in the morning they will start to charge up again. Living in a country beset by dark colder days and nights such as northern Europe or parts of Russia solar may only be useful during certain times of the year due to the lack or in some cases the absence of sunlight.

An AI-driven sustainable energy technology enables you to leverage solar energy to power your car, your home, and your lifestyle. Read about dcbel products to learn more about the ultimate energy

After the initial cost of installation, it will take between one and a half to three years to start enjoying the financial benefits of using solar power, given that most people don’t move homes that often the results will become apparent and you will wonder why you didn’t install solar panels that are capable of producing enough power to fuel your entire home.

Solar power is the cleanest energy that can be used in everyday life and has no detrimental health risks, unlike the nuclear power that many countries use today. The Fukushima disaster of 2011 and the Chernobyl catastrophe of 1986 released radioactive material into the atmosphere with global consequences for human health, solar power generation has no such dangers and worries.

The environment is the number one concern for many people and solar can help to reduce these concerns and should be adopted if possible anywhere that it is suitable. The main goal is the environment but even if you are not concerned by this the financial aspects should be incentive enough to make you consider installing solar panels and start to enjoy the benefits that it can bring.