The good, the bad and the ugly about hydrogen internal combustion engines 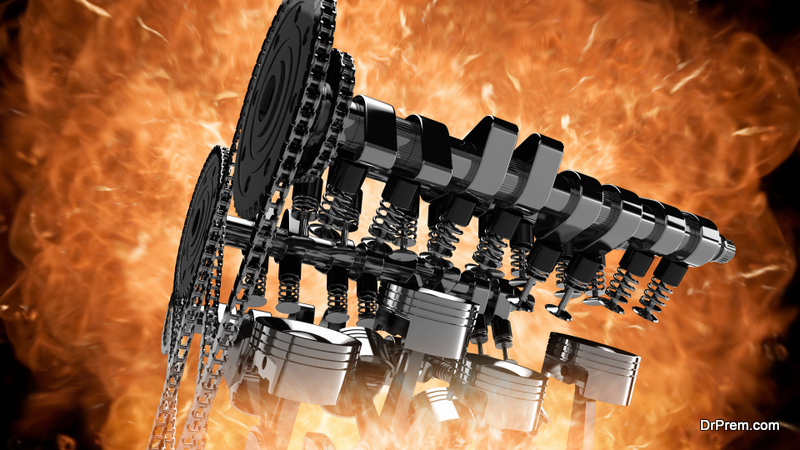 Right now we are in dire need of alternatives that could help us in moving away from fossil fuels. Along with solar energy and wind energy, hydrogen stands as one of the most viable alternatives. However, it has both positive and negative sides to it. If we use it thoughtfully it could provide massive energy. Nevertheless, to properly utilize that energy we need hydrogen internal combustion engines that can bear all that load. It isn’t as easy as it looks. We have to look at all the sides of the story before coming to any conclusion. 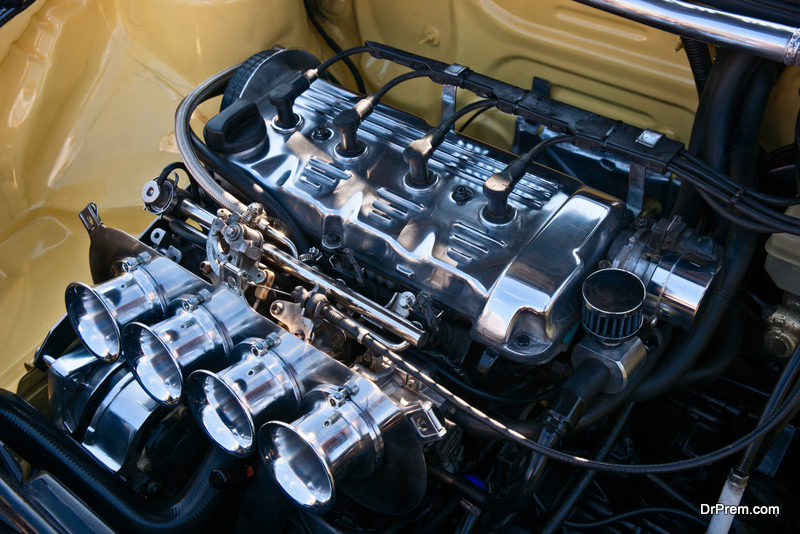 With ever-increasing awareness for the environment, the automakers are trying to go green in every possible way. There is a war going on between the auto manufacturers to develop vehicles that run on clean fuels. Hydrogen is the key fuel for sustainable transportation as it can be obtained in large quantities from renewable resources and its use is nearly pollution-free. Hydrogen is a green alternative to gasoline that offers a solution to all energy supply as well as environment related issues. Keeping these benefits of hydrogen in mind, certain vehicles are designed with an internal combustion engine (ICE) to optimize this fuel.

The hydrogen internal combustion engine is nothing but a modification of traditional gasoline-powered internal combustion engine (ICE). It runs on hydrogen rather than petrol or gasoline. They differ in the efficiency, emission level, and storage of fuel. The hydrogen-powered ICEs can run on both pure hydrogen and a blend of hydrogen and compressed natural gas (CNG). These engines perform well in all sorts of weather conditions and have no cold start issues. Their plus point lies in the fact that they are highly fuel-efficient and give a much better performance than conventional spark-ignition engines.

Hydrogen fuel without gasoline, easy to burn, with water

The foremost positive aspect of making use of hydrogen ICEs is the top-level efficiency it gives. Its performance is far better than the traditional ICEs run on gasoline. It can achieve the equivalent of 60-70 miles per gallon. These engines are much reliable and require reduced operating costs and so less maintenance. Since these engines rely completely on hydrogen, therefore their only by-product  is water.

Consequently, these hydrogen ICEs come under the category of eco-friendly engines. These engines generate less noise and vibrations compared to traditional engines. The energy carrier hydrogen that powers these hydrogen vehicles is very easy obtain. We can easily get it from various renewable sources like wind, water, and sun and thus minimizing our dependency on fossil fuels. 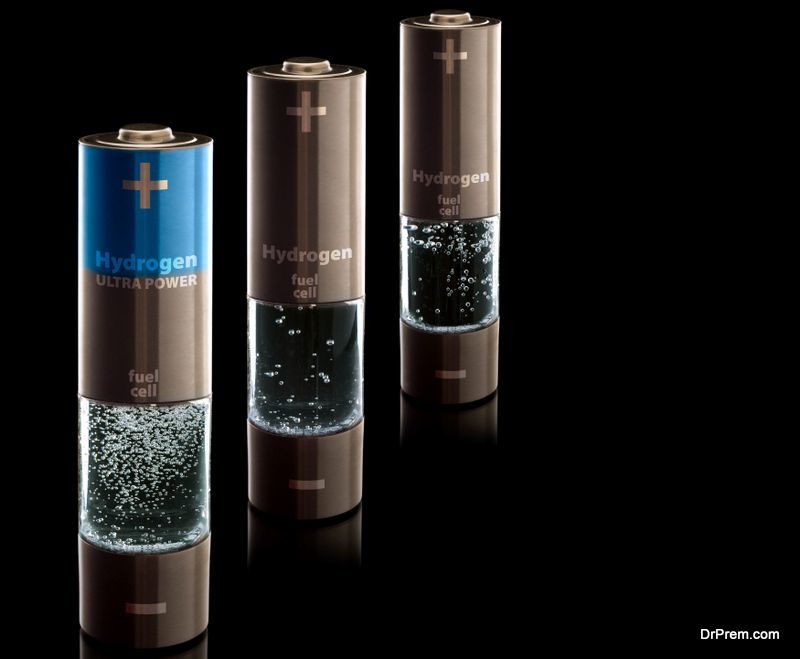 The increasing need to curb global warming at the earliest is broadening the horizon of fuel cell usages each day, as an alternative to the carbon dioxide-emitting energy sources – the key element lading to climate change.

Cuing with the need to replace gasoline and cap greenhouse gas emissions, an engineer has come up with a new method of extracting hydrogen from water for running fuel cells.

The Purdue University engineer has used an aluminum alloy to do the extraction job. This innovative technique can efficiently extract hydrogen from water to run not just fuel cells but also internal combustion engines.

Thus, it is an easy and effective alternative solution to gasoline use. With water added to the aluminum and a metal called gallium-based alloy’s pellets, hydrogen is generated spontaneously. Interestingly, this produced hydrogen can directly be fed to an engine.

Once successfully commercialized, the new technology can be a potential replacement of gasoline use. Ah! With it, you can go eco-friendly mowing your lawn using it in the mower.

To make the hydrogen technology better scientists are finding different ways to avoid the various problems that they come across while designing the HICEs. The engines have a proper ventilation system to prevent the water vapor (the by-product) from condensing within the crankcase. In addition, to prevent the cracking of metal used for engine components, scientists also change the material. 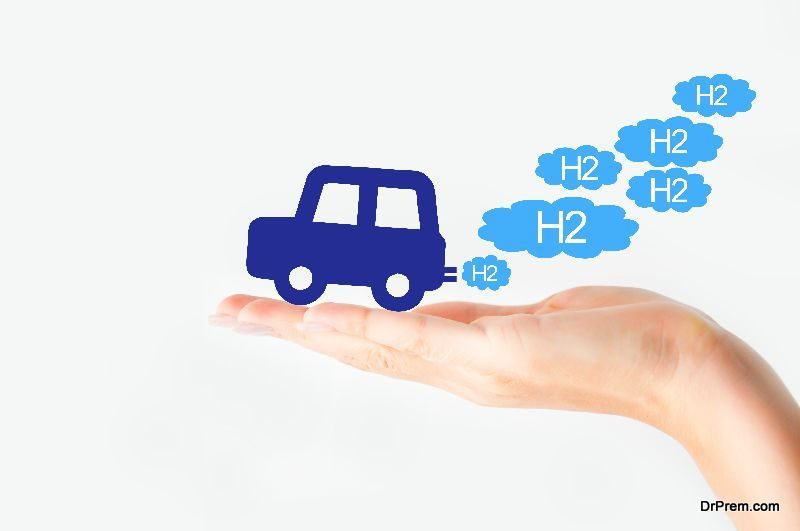 One of the major disadvantages of hydrogen internal combustible engine is the high-cost of hydrogen production. Another challenge of using hydrogen in the ICEs is the requirement of large storage tanks. The nitrogen oxide emissions generated in HICE is slightly more than the traditional vehicles, thereby polluting the environment. The pre-ignition in hydrogen internal combustion engines is another big problem, which cause the engine to be unsafe.

The problem of uncontrollable ignition of hydrogen, also referred to as pre-ignitions, can be sorted out by making use of a modified fuel delivery system. The three types of hydrogen fuel delivery system are central injection, port injection and direct injection. We can also solve the pre-ignition issue can also by using thermal dilution techniques such as water injection or exhaust gas recirculation. Though scientists are trying to solve various possible ways to resolve the problems related to using hydrogen, the storage problem is still surfacing.

The hydrogen technology is very costly at this point of time, as it is difficult to generate, handle, and store. There is a limited hydrogen refueling infrastructure right now. Making use of hydrogen in internal combustion engine is not entire eco-friendly, as the combustion of hydrogen in air will emit nitrous oxides, which is a harmful pollutant.

Along with certain drawbacks of hydrogen IC engines, there are adequate advantages of these engines that make them perfect to be used traditionally. Researchers are posing out ways to discard the inferiorities of the HICEs. This is a positive environmental technology as it virtually eliminates carbon dioxide and other harmful green house gas emissions. This gas does not require high pressure into the combustion chamber, as it is available at atmospheric temperature and pressure. These engines perform well under all weather conditions. Famous automakers like BMW, Mazda, and Ford have already used the HICE in several motors and are planning to develop methods to improve power and fuel economy.

Although the technology of HICE carries various plus points making it attractive commercially, several retreats associate themselves with it. However, in the time to come, all drawbacks will overcome and many automakers will readily imply this eco-friendly technology in their upcoming vehicles.

Electromagnetic Transportation: Everything you might want to know about it