Maglev trains are trains which depend on magnets to levitate just above the train tracks. These trains are faster, efficient and certainly more eco-friendly than the usual trains we travel on. Due to the pressure from all quarters, we would see more of these trains, as they do not need any fossil fuels and thus have less or no emissions. In this article, we will discuss the history of electromagnetic transportation, how it works and the potential of this innovative form of transportation in the future.

Electromagnetic transportation: all you need to know 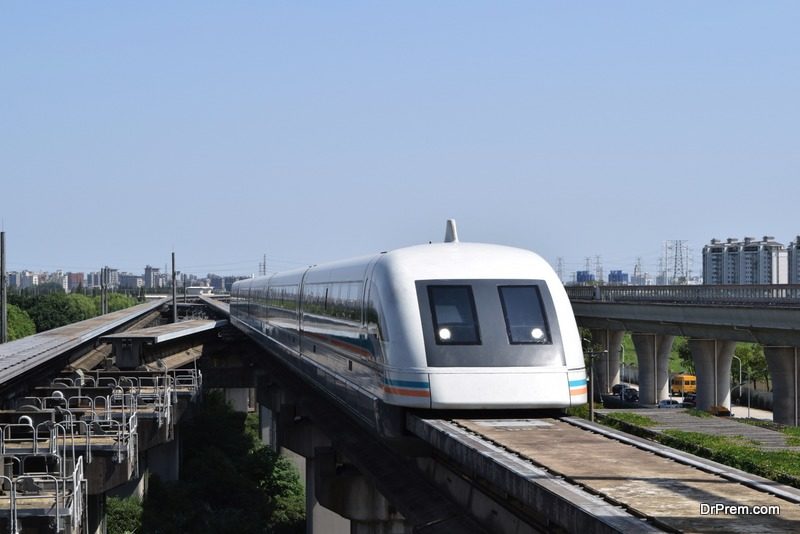 Maglev trains are the trains of the future, even though the technology has been there for ages. These trains seem like they are straight out of science fiction, as they float above the tracks and move at unimaginable speeds. The term ‘maglev’ is derived from MAGnetic LEVitation. These trains are being predicted to be commonplace soon.

The futuristic locomotives can be traced to early part of the 20th century. Emile Bachelet, Robert Goddard and other electrical engineers floated the idea of ‘floating’ trains. In 1934, a German – Hermann Kemper – was allotted the patent for the first magnetic, levitating locomotive. But till the 1960s, we did not see the manifestation of the concept.

Maglev trains were researched and built by Japan and Germany in the 70s as well as 80s. The Germans developed electromagnetic transportation and named it ‘TransRapid’, and their train could cross 250 mph speed. Japan tested two trains’ series called ML-500 and MLU, and Japanese trains were able to cross 300 mph speed. 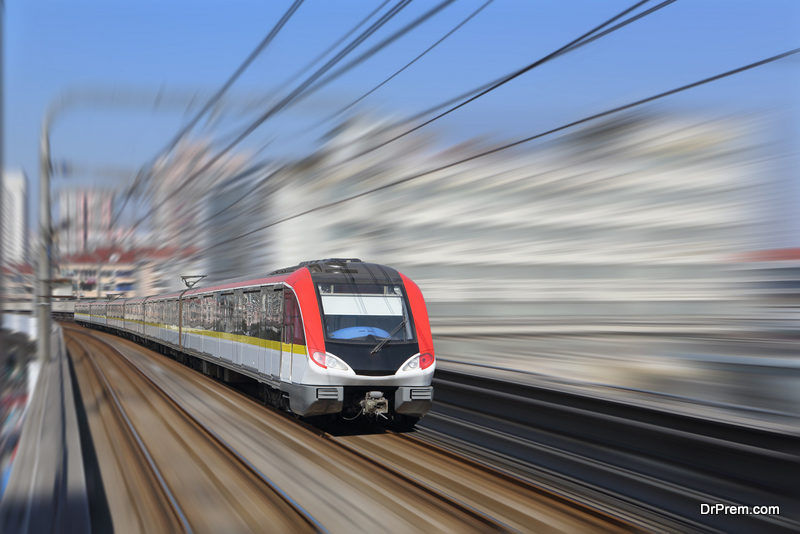 Maglev trains do not have engines – they move on the principle of electromagnetic propulsion. The trains move with the help of the electromagnetic field created by electrified coils in tracks and/or guideway walls.

The basic idea behind this form of electromagnetic transportation is

The magnetized coil, which runs along the tracks, called guideways, repel the magnets in undercarriage of the train, which allows levitation between 0.39 to 3.93 inches. Once the train levitates, the coil inside the guideway is supplied with electricity which creates electromagnetism, pulling and pushing the train. The charge alternates constantly, and the change in the polarity causes magnetic field in the front of the train to pull it forward, whereas at the back, the magnetic thrust pushes it forward.

The trains running on this unique vehicle technology float on an air cushion, and reach speeds which are at least double the speed of Amtrak trains. 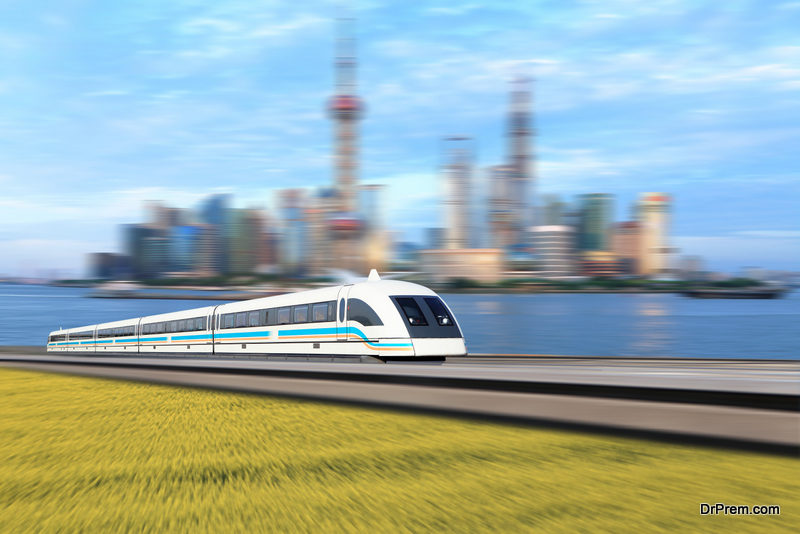 In the German EMS system, known as Transrapid, the train’s undercarriage is wrapped around the guideway/tracks, which is made of steel. The electromagnets underneath the train face up towards guideway, which helps to levitate the train about one-third inch off the tracks, and keeps it levitated even when the train is stationary. Some guidance magnets embedded inside the train also keeps it stable.

The electromagnetic transportation, called Transrapid, could reach speeds more than 300 mph. But a massive accident occurred in 2006, in which 23 people were killed and many injured. The accident was not a fault of the technology or the construction of the trains, but due to sheer human carelessness, as a running maglev train collided into a repair car left on the train track. The tests’ trains in Germany were finally discontinued in 2008, partly due to the crash and partly due to the huge costs involved in building the system, plans for the maglev locomotives were scrapped in Germany.

Japanese engineers developed a different version of electromagnetic transportation, called the EDS or the electrodynamic suspension. The system is based on magnets’ repelling force. The main difference between the EMS and EDS systems is that the EDS system uses supercooled and superconducting electromagnets which conduct electricity even when the source of electricity is cut off. The coils in the EDS system are chilled and thus Japanese system reduces the running energy. But the cryogenic system which is required to cool the magnet’s coils is expensive, and adds to the construction and maintenance cost.

Another major difference is that the EDS system enables the trains to levitate at almost 4 inches or 10 centimeters off the ground/guideway. In the Japanese electromagnetic transportation, the trains first run on rubber tires till the liftoff speed of 93 mph is reached. According to the Japanese engineers, this is advantageous for two reasons – first, the trains can run safely even when there is no power, and secondly, patients with pacemakers will not face any difficulty to the magnetic field generated by electromagnets.

The Inductrack is an innovation on the EDS system. These new EDS trains do not require supercooled electromagnets, thus reducing the cost of construction as well as maintenance. It uses magnets which are permanently at room temperature, so the cost of the cooling is not there at all. The Inductrack uses power source in order to accelerate, till the train levitates. And if there is power failure, then the train slows down and stops on the auxiliary wheels.

In this vehicle technology, the track is an electrically shorted circuits which contains insulated wire. In one of the designs, the circuits are kept aligned in the same way as a ladder. When the train moves, the magnetic field causes repulsion of the magnets and levitates the trains.

Though the technology perhaps is better, there is no commercial train built as yet on this passive magnetic levitation principle.

Currently, there are 6 maglev train lines, all located in Asia, namely Japan, South Korea and China. Maglev trains may be fast and efficient, but due to the prohibitively expensive cost of manufacturing, we are not likely to see many of these trains anytime soon.