Every person dreams to own a racing car, but everyone is not rich enough to buy one. But there are people who believe in fulfilling their dreams. Setting such an example a man named Ye Yousong in his home Songyang, Zhejiang province of eastern China has built a racing car on his own out of the spare parts hunted from more than 30 motorcycles. Using the pictures of real F1 cars as the base, it took him three months for making this car. 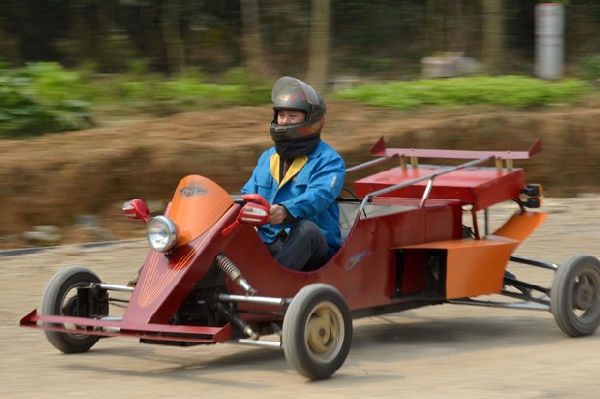 Going through the pictures, the design of the car is not much different than regular F1 cars. The car features a single headlight just like a bike and the front resembles a scooter rather than a car. The wheels are not big and wide, but thin and small just like the ones we have in a scooter. There is no word about the engine, but since spare parts are used from motorcycles it is certain that the car is powered by gasoline engine.