Can planting forests in deserts cool the planet?

The last five years were the hottest ever in known history. However, unlike in ancient times, we know that it is not due to divine intervention. Global warming is the obvious culprit behind this. Moreover, if the present trend continues, we are in for much worse. We don’t have to wait even for 2050, our situation would be quite bad even before 2030. To cope up with it, scientists are coming up with grand ideas. One of them is planting forests in deserts. However, no matter how easy this idea seems, it isn’t as straightforward as it seems. 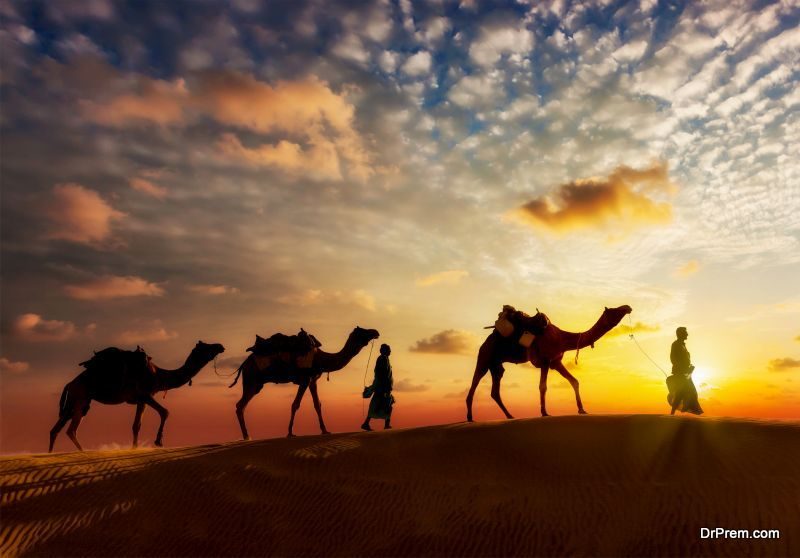 Converting the sandy stretches of desert to lush green forests sounds weird. But this is what scientists are proposing so as to counter the huge Carbon emission of the atmosphere. That too, in a scenario when deforestation is happening in a large scale across the world. Scientists have come out with an option of converting deserts like the Sahara into forests by large scale plantation and effective watering techniques.

There is a large scale denudation of forest and for est resources. This happens due to natural disasters as well as those by human intervention. Forest fire engulfs vast area of forests around the world. Hence we should make efforts at a large scale to replace our lost forests. With advancements in the science of molecular biology combined with modern agricultural techniques, this goal is not far to achieve.

Trees, as we know, are the renewable wealth of our ecosystem. We can highlight the importance in many ways. Lot of Co2 comes off by way of human habitation and the burning of fossil fuels. This Co2 comes out by forests trees through the process of photosynthesis wherein they use up this CO2 and release O2 back into the atmosphere. Trees offer a major resistance to erosion of soil through water and wind. When rain falls on the thick forest foliage, the water infiltrates into the ground through the leaves thus making seepage easy. Also trees provide good wind barriers. Forest covers let in cool air in summer and warm air in winter. Apart from the aesthetic pleasure they offer, trees also act as a main factor in maintaining the temperature of the region. 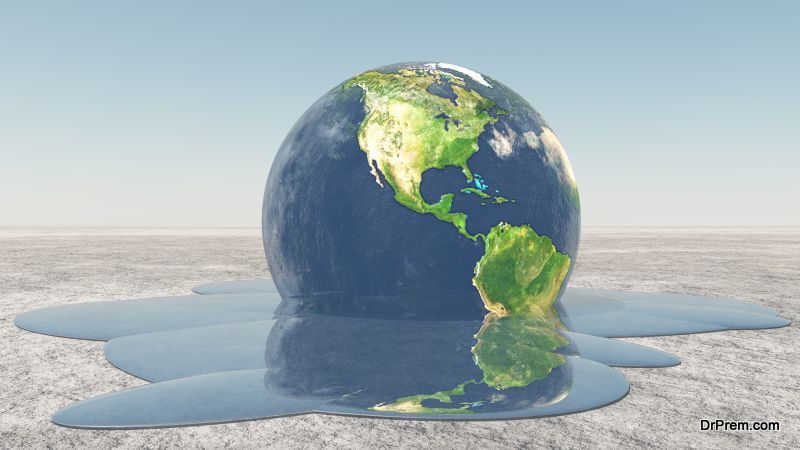 On planting the Sahara desert with trees, atmospheric scientist Richard Anthes, president of the University Corporation for Atmospheric Research in Boulder, Colorado opines that “the proposal is incredibly important and definitely worth taking seriously and looking into further. The benefits could be enormous and go well beyond carbon sequestration,”

Regarding the cost of afforestation of Sahara, the cost works out to $2 trillion per year. The cost of $2 trillion compares roughly with the cost of capturing the carbon emission of the atmosphere. Leonard Ornstein, a cell biologist at the Mount Sinai School of Medicine in New York quips “Any solution to climate change has to be a multitrillion-dollar project, the issue is what the payback is.”He argues, “In several decades, we could sustainably harvest the forest as a source of fuel for wood-burning power plants, making them a nearly carbon-neutral energy source”. 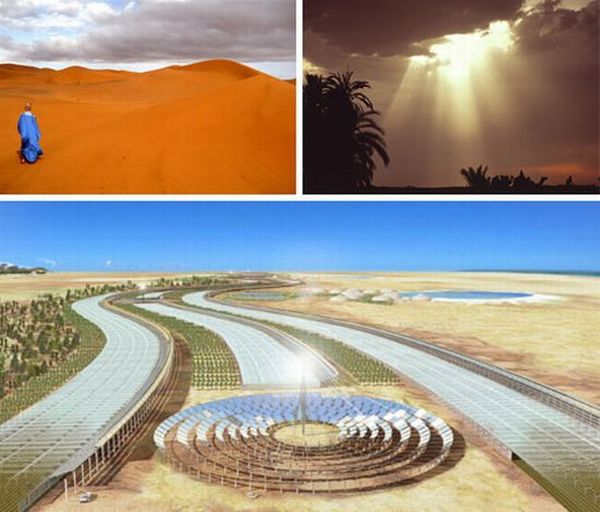 Project Sahara has been envisaged by scientists as a very successful one. Taking into consideration the benefit of turning the desert into farming spaces, the main one is feeding the growing population of the world. The project sound very promising. The main source of water is the sea, which is made usable using desalination plants. Studies show that if the Sahara is to be planted with trees, it would reduce the temperature of the desert by 80. It is also estimated that a tree cover on the Sahara can bring in precipitation of about 700-1200 mm/year apart from the benefits of reflecting the sun’s rays back into the clouds by the forest cover.

Also if planted with trees, the forest in Sahara alone would recycle 8 billion tons of Carbon/year which equals the total Carbon emitted by human habitation. Trees like Eucalyptus, which are identified to be heat tolerant are found to adapt well to the desert soil, if provided with ample irrigation. 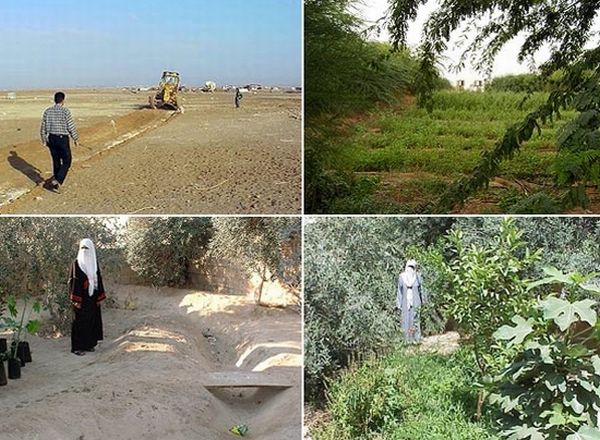 Researcher Geoff Lawton of Permaculture Research Institute has made an achievement of sorts. He has converted a span of desert into a green farm growing food trees, plants and mushrooms. Situated 2 Km from Dead Sea, the land was made pliable by effective rain water harvesting and methods of evaporation barriers. 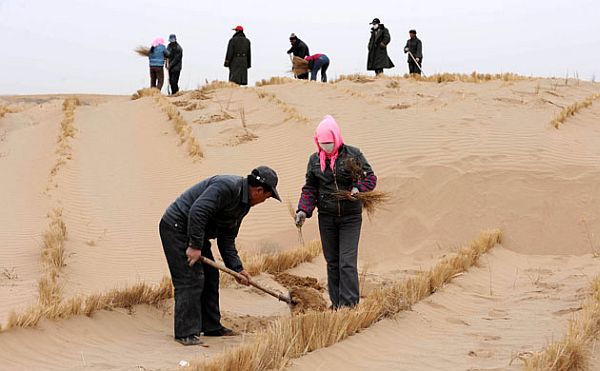 Living amidst a forest of 10000 trees, Wang Daqing, a native of Mongolia, takes pride in having converted around 3 Hectares of desert area into forest. The area, which received a very meagre rainfall, was irrigated with water from a well in the area. Through his hard work and his yearning to contribute to the mother earth, Daqing’s work is worth emulating. 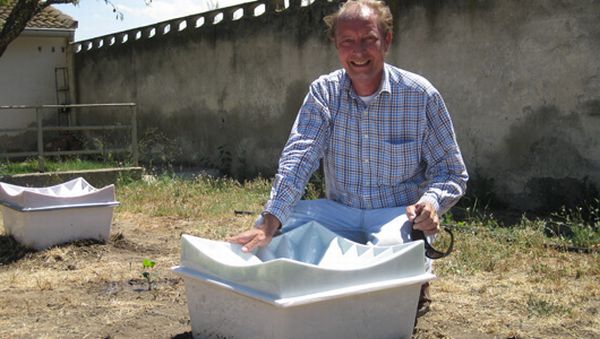 ` Pieter Hoff, a Dutch inventor has come out with an idea of a Waterboxx, which supplies water through passive drip irrigation system to the trees root system. The dew formed in the night is channelized to the tree roots through this system. This ‘water battery’ takes advantage of the differential temperature of day and night of deserts to reach water to the trees. 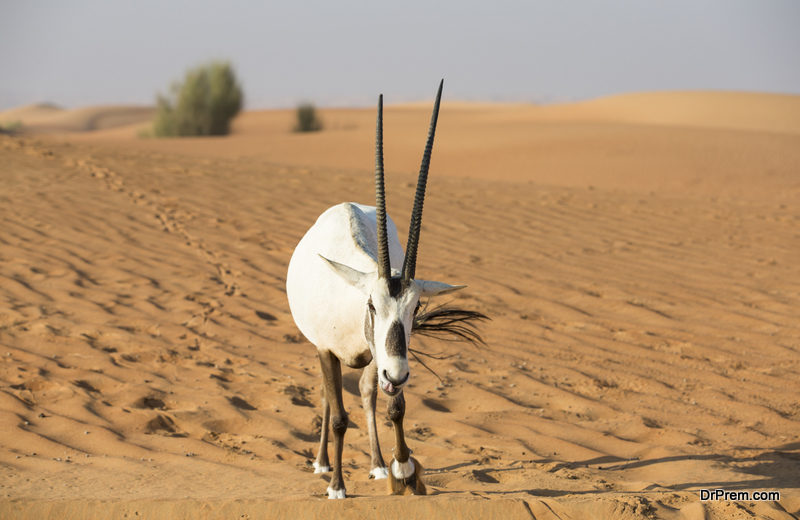 In planting forests in deserts or afforestation process, there are major natural as well as manmade hurdles. The main ones are:

a. Damage due to rodents and other grazing animals

A combination of huge greenhouses combined with concentrated solar power would help us achieve the goal of tree planting forests in deserts. In the greenhouses, the solar power to evaporate seawater and then pump the damp, cool air through the greenhouse. However, there is a mass awakening in support of desert afforestation programs. For example, the Hitachi group of Companies, to celebrate their 100th anniversary organized desert afforestation tours in association with an NGO at the Horqin desert in Inner Mongolia. So everyone, rise and awake to this need of the hour and protect our planet earth!