10 – Most Bike-Friendly Cities in Europe 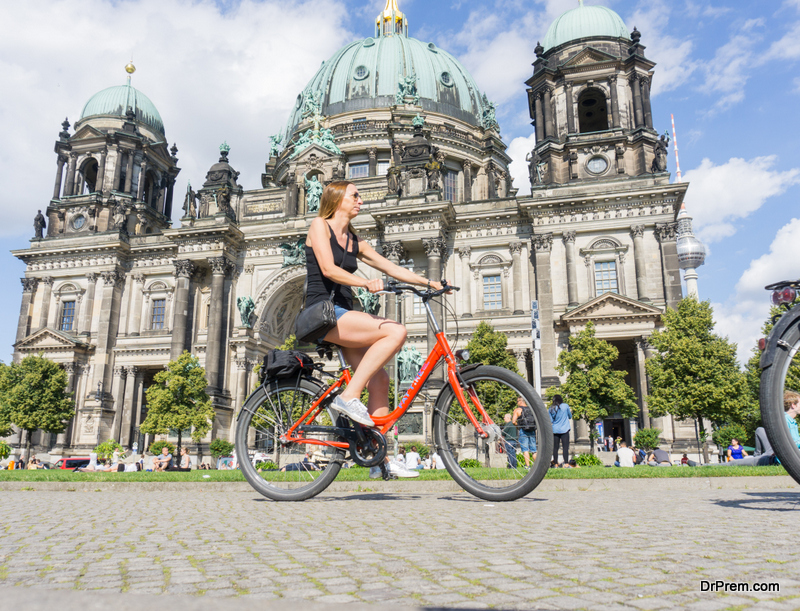 Since time immemorial, Europe has been the ultimate go-to destination for travel freaks. Be it the Alpine mountains or the majestic pillars of ancient Rome; the continent is renowned as the birthplace of modern civilisation. What if you wanted to elude the ceaseless hurly-burly of the major European cities? Against the backdrop of high fuel prices and environmental conservation programs, bikes have resurfaced as one of the most fetching choices to scour the cities of Europe. Here are ten most bike-friendly cities in Europe to make your most of. 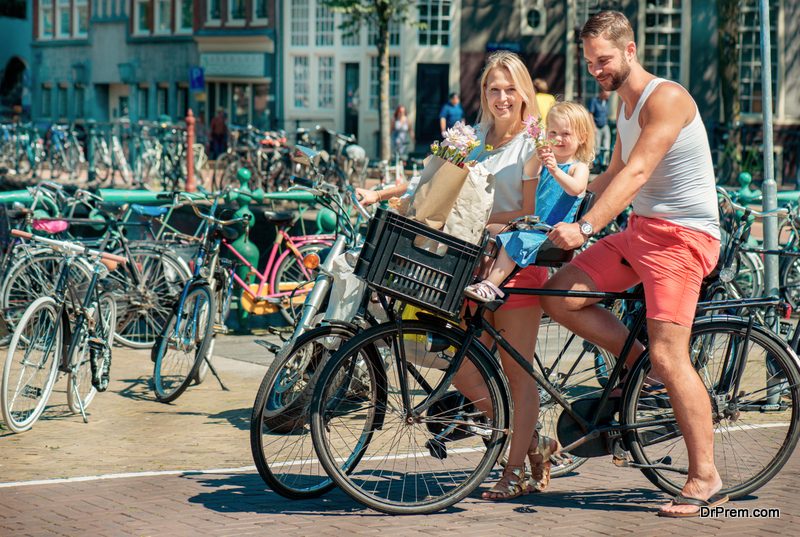 Indeed, the foremost bicycling spot has to inevitably be what is popularly known as the Bicycling Capital of Europe, Amsterdam. Inevitably, the sheer scenic spread and the local flavours make a paradise of the place. Interestingly, it is important to keep in mind that around forty per cent of the population prefers bicycling. Canal Belt, one of the most eco-friendly places, is worth the visit. Inevitably, the city holds the top spot among the bike-friendly cities in Europe. 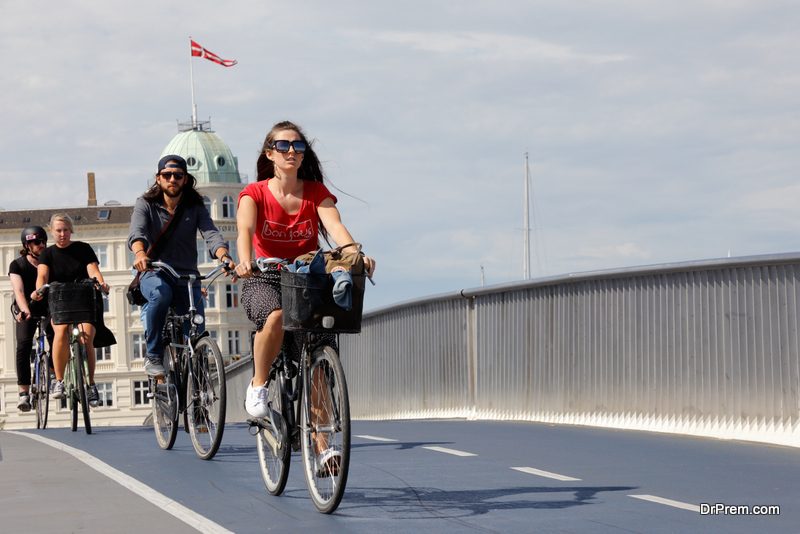 After Amsterdam, the best place to enjoy bicycling is Copenhagen where almost the entire population commutes by bikes on a thoroughly regular basis. Indeed, it is strange to note that the city’s number of bikes far outstrips that of the number of residents. Also, around sixty per cent of the working class people bikes to work on a regular basis. Copenhagen is vitally one of the leading bike-friendly cities in Europe. 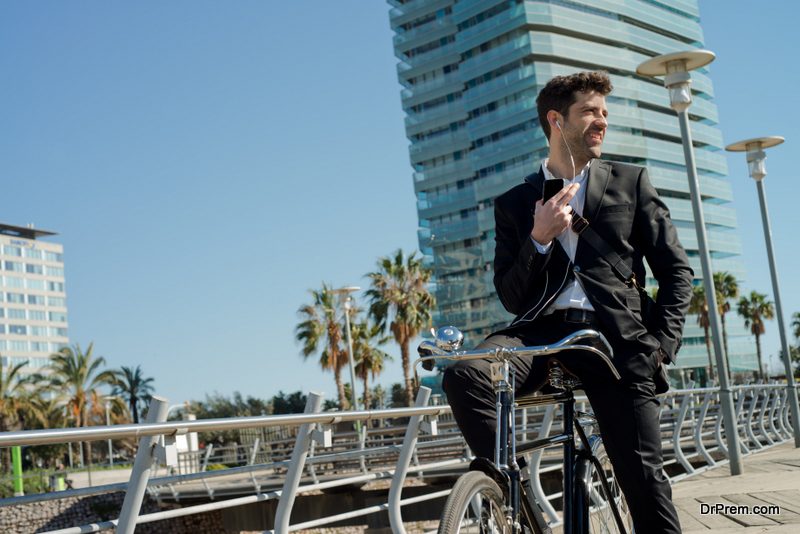 One of the splendid and mind-numbing pageantries of Europe, the city of Barcelona has officially created a bike path with around a hundred different bike stations as a part of its bike-sharing enterprise. Specifically, commuters are allowed to rent bikes according to their needs and drop off at the respective locations. The city is one of the major attractions of bike lovers all across the globe. 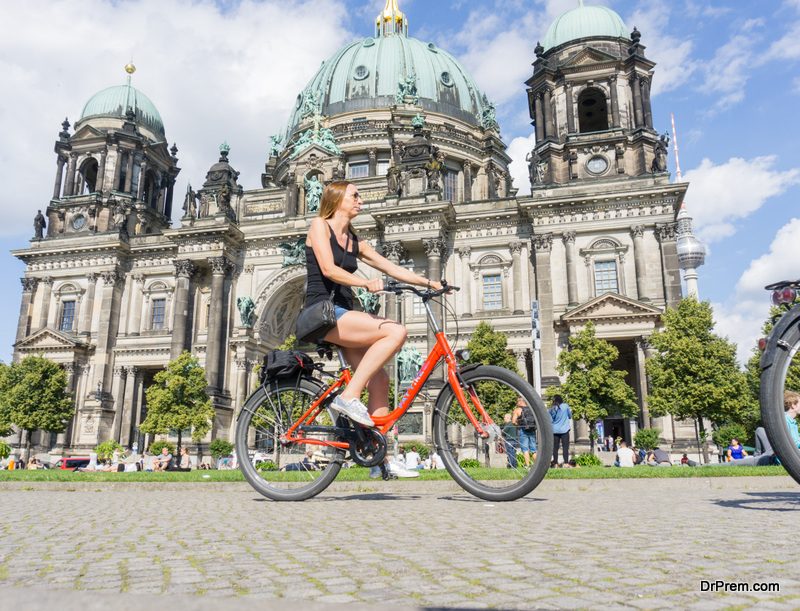 The ancient and equally beautiful capital city in German is one of the leading bike spots in Europe. According to the official estimates, the city presently comprises of seven hundred bikes per thousand residents. What is more, the chief interest of biking through Berlin lies in the copiously wide streets meant especially for bike-friendly people.

Besides, the natural aura of the city and the ecological parks strewed across the area make it twice the adventure to pedal through the lanes. Eventually, Berlin maintains the European standard of quintessential bicycling, thanks to its prodigious environmental conservation programs. 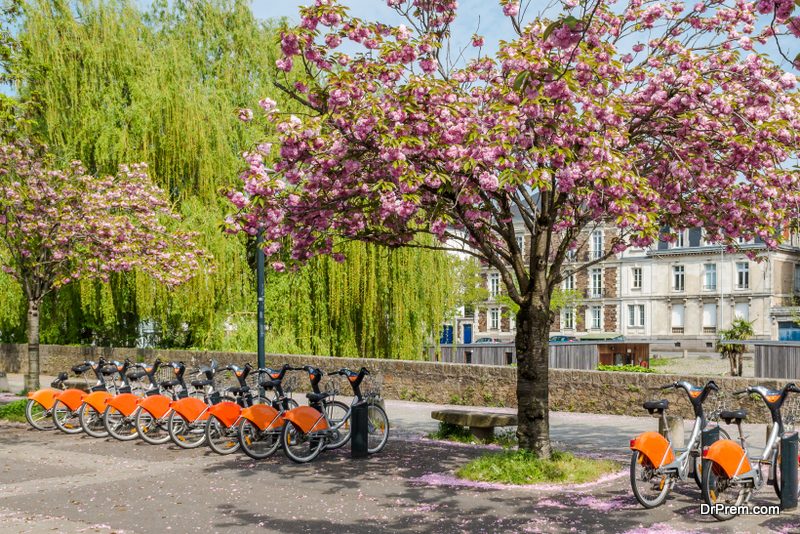 Among the major bike-friendly cities in Europe, the one city that cannot go without mention has to be the city of Nantes. What is more, the city hosted the global bicycle conference in the year 2015. Apart from that, thanks to its historical significance and consequent environmental beauty, not to mention the constant focus on minimal use of natural resources, Nantes is one of the leading pioneers of bicycling ventures in the European continent, most charismatic and most eco-friendly. 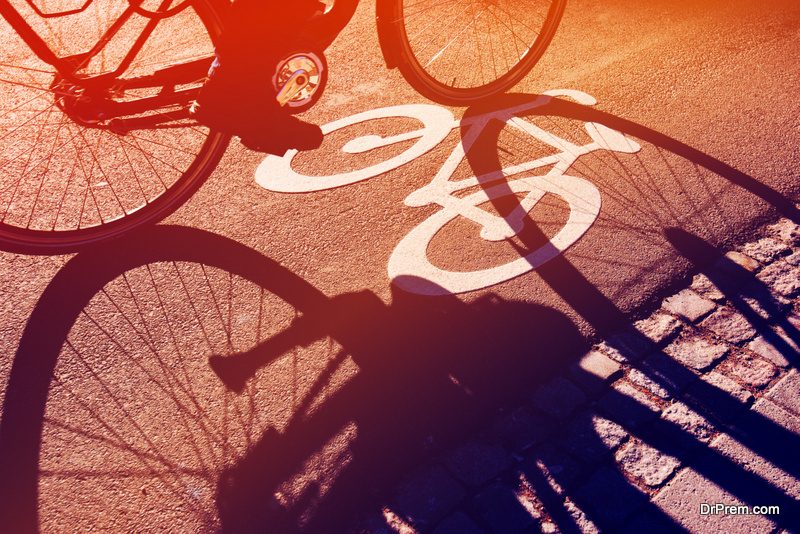 The third largest city in Sweden is one of the leading bike-friendly cities in Europe. Not for nothing, the city is also popularly known as Sweden’s cycle city, thanks to its recent initiative of being linked by around five hundred kilometres of quintessential bicycle paths.

Malmo is one of the few cities in Europe which consists of the most number of bicycle paths. Apart from being the best for cycling, the city is especially renowned for its historical, natural and business points, not to mention an unyielding focus on nuanced environmental conservation coupled with a keen interest in the countless cultural exploits as are most incident on the European scene. 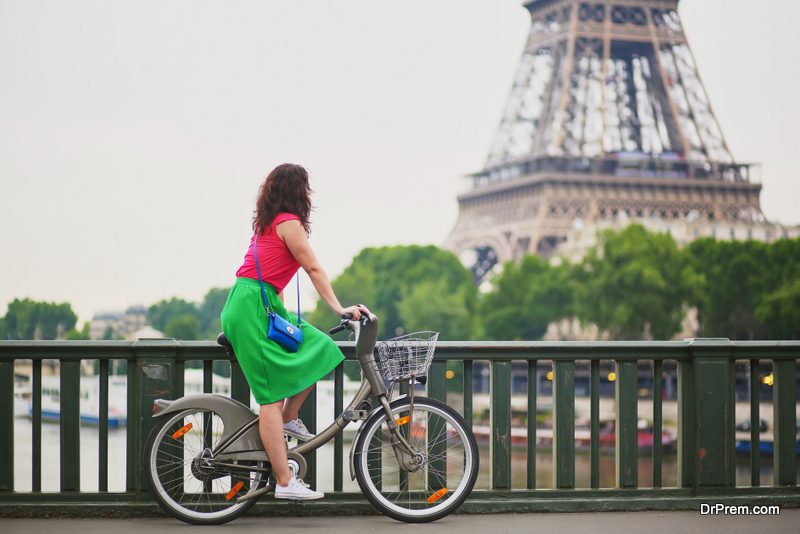 What better place than Paris to lick through on a saddle? Indeed, it is a bit surprising that a city like Paris, the fashion capital of the globe, could have made it become one of the leading bike centres in Europe.

However, it is a proven fact that Parisians lovingly embraced the bike program launched almost a decade ago. For instance, as of the year 2014, Velib is the twelfth largest bike-sharing enterprise in the world. Best for cycling, the renowned city of Paris is certainly the go-to hub for bike lovers. What is more, the city is already coming up with a host of newer bike friendly ventures in the coming years, thanks to an increased awareness of environmental conservation. 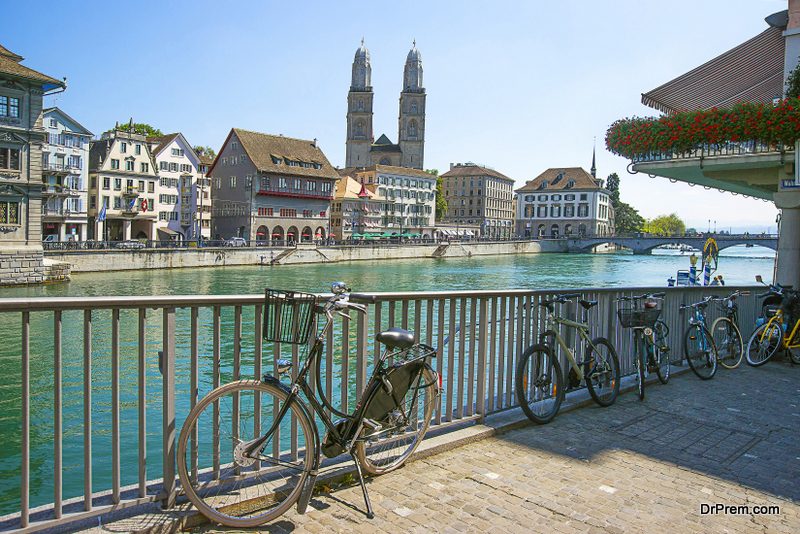 Already one of the most popular destinations in Europe, the splendid city of Zurich is also one of the leading bike-friendly cities in Europe. Additionally, the city is coming up with a host of quintessential bike sharing ventures in the upcoming days to bring it closer to the equatorial map of contemporary bike-hood. Indeed, the most common sight is the thousands pedalling to and from work along the pleasant Sihl from morning to evening. Essentially a pedestrian city, Zurich is certainly one of the best ways to get around in Europe. 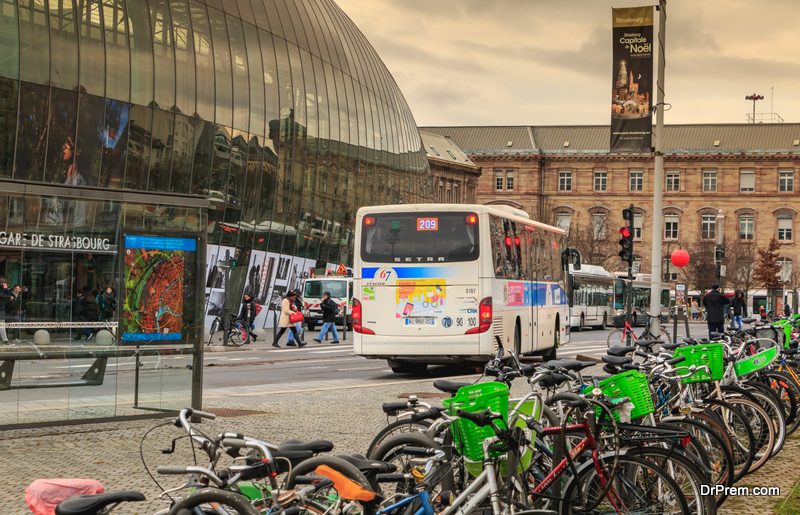 Another among the bike-friendly cities in Europe, the small city of Strasbourg is certainly one of the ideal places to saddle across the streets and bask in the contemporary charisma of the buildings and streets. The pebbled streets and the huddling café shops make for a really pleasant bike ride on a windy, cloudy morning. The bike is essentially the central mode of transport for the residents, thanks to the accommodative streets and the ecological conscience of the city dwellers. Strasbourg, safest for bicycles, is inevitably your go-to bike spot. 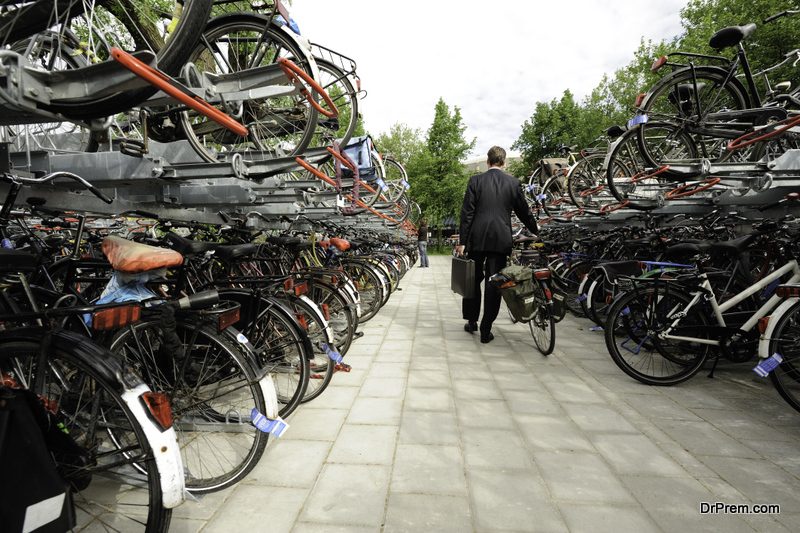 According to official estimates, the city registers over one lakh bikers riding through the city centre from home to work, on a daily basis. Along with being the safest for bicycles, the city, like all cities of Europe, is especially renowned for its natural scenes blended harmoniously with the modern demands of the century.

Additionally, it is interesting to note that the city is already working on a string of five cycling routes in addition to the ones already extant. Besides the attractive and friendly ambience of the business districts, the city of Utrecht, like the many bike-friendly cities in the continent, is one of the leading proponents of bicycling against the backdrop of ascending fuel prices and consequent environmental exploitation concerns.

How Sustainable Fashion In 2018 Is Paving The Way For The Future?

4 – Things to Know About Undergarments for Prom Dresses