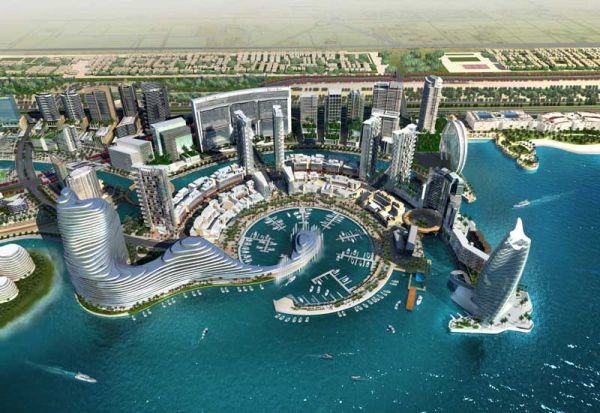 The cities of the world are facing multiple challenges. While it is expected that nearly 60 percent of the world’s population will be urban dwellers in the next two decades, the disharmony among the spatial, social and environmental aspects of a city and its inhabitants is growing at a startling pace. The problems are more acute in the rapidly growing cities of the developing countries. According to an estimate, these cities are adding about five million residents every month and generating new forms of existential problems. These include the problem of space, health, jobs and a conflict with the nature amid threats of climate change and global warming. This can in no way qualify to ensure a sustainable future.

Moreover, the cities of the developed world are also not immune to these challenges. However, as a UN report titled State of the World Cities 2008-09 noted, the cities also provide a ‘real opportunity to mitigate and reverse the impacts’ of these challenges. This can be done through proper planning and more so with the development of self-sufficient mega cities, as you will read below. 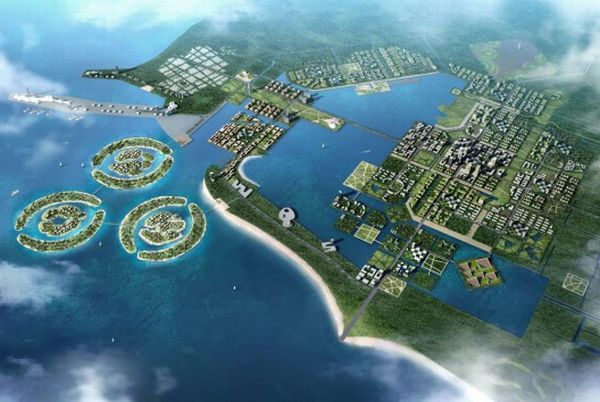 Designed by SBA Design, the Low Carbon Future City in the Hainan province of China is one among the many initiatives taken as part of the Chinese Climate Protection Program that aims for increasing energy efficiency and environment protection by reduced emissions and use of renewable energies. It would be developed in 176.2 sq.km area of Yinggehai in the south-west of Hainan.

Apart from ‘green’ features, architects have incorporated ideas of a good work-life balance and Eco-tourism. Unlike the present cities of the world, it would allow for rural-urban interaction and it would be imperative for all residents to contribute their share for a sustainable development of the city. The Future City would mostly depend on renewable sources like solar and wind energy and use Personal Rapid Transit (PRT) system for transportation.

The Green Tech City in Hanoi, the capital of Vietnam, would be home to about 20,000 people. It has been designed by the world famous Skidmore, Owings & Merrill (SOM). The USP of the new city is to harness natural environment for creating comfortable urban micro-climates for people.

While it would ensure the continuation of the local traditions of this city, which has been witness to the rise and fall of many dynasties over 1000-years of its history, it would undertake various ‘green’ initiatives for a sustainable future. The city would depend on renewable sources for power and have a robust system for flood management, rainwater harvesting and waste recycling.

3. Dalian Aeropolis in China is an Eco-friendly city

The Dalian Aeropolis is another self-sufficient mega city being developed in China. It will be a new airport zone in the northern part of the Dalian city. The city would be spread in an area of about 168 sq.km and host about one million people upon completion. Also, it has been estimated that the new airport zone will handle about 25 million passengers annually. It has been designed by a French architectural company, NDA Design Associates.

Among the many green credentials of this future mega city, the Aeropolis would boast of several artificial lakes for ensuring water availability and a green sanctuary. The city would also have programs for the development of local communities.

The perception of an unwanted outcome is always the biggest inspiration behind all new developments. The same is true for the self-sufficient mega cities. As the primary aim of all cities is to provide a comfortable living to all its residents, the perception that the present models may cause greater crisis in future has allowed many governments, policy makers and architects to think for self-sufficient cities.

The self-sufficient mega cities would boast of several eco-credentials, as you have read above. Some of them are:

1. Use of renewable sources of energy.

2. Less vehicular congestion and pollution with the use of Personal Rapid Transit systems.

However, they are many hurdles that impede the development of self-sufficient mega cities. The most significant is least enthusiasm among the urban planners and government. As, they are too grappled in politics and current issues, they hardly pay any attention to the future. However, there are also some other practical hurdles. Such as:

1. Availability of large amount of lands for new cities.

3. Problems of existing population of the cities.

Besides, most of the populations of the world are poor. And, they might not be able to afford the costly lifestyles of new ‘smart’ cities, unless aided by the government.

Yes. However, the self-sufficient mega cities need not be developed at the cost of present cities. The government would have to develop them as alternatives while increasing the ‘green’ credentials of the present urban dwellings.