Waste to Energy or WTE technology converts the non-recyclable wastes into usable energy forms. The heat from combustion is used to generate the superheated steam in the boilers and this steam drives the turbo generators to produce energy or electricity. WTE plants have become imperative and a necessary part of waste management as cities and towns are running out of the landfill sites. Take a look at the waste to energy projects and the opportunities and challenges along the way.

The energy generated from waste has been recognized as a viable renewable energy source. The waste which is generated from cities and towns and rural areas, has now come to the point where it is inexhaustible. The waste which cannot be recycled can be burnt to get electricity for the people. In rural areas, burning crop waste to get energy is the way to control air pollution as well as provide alternate source of energy.

What are the different WTE technologies?

There is different waste to energy technologies available right now that governments and corporate can utilize to set up the WTE plants. 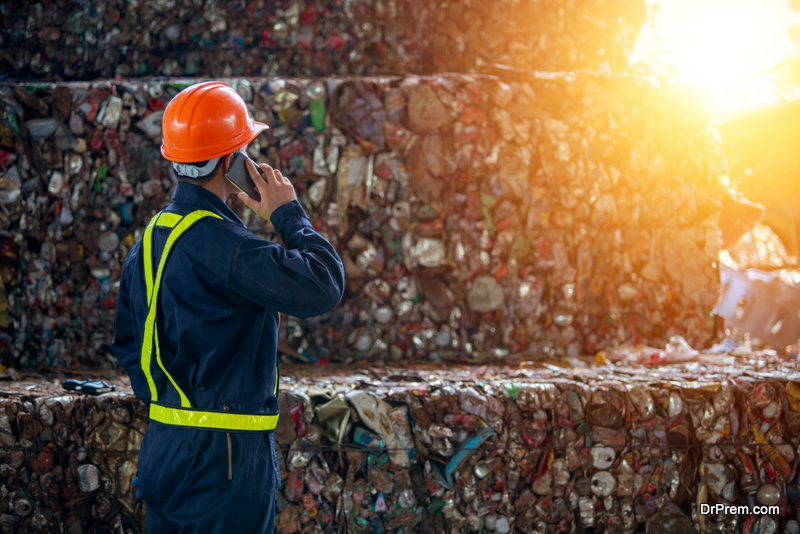 Mass Burn has been used to dispose of waste for many decades in the US. These facilities burn all the material, leaving out the non-combustible material. About 100 of these facilities are in the US and Europe has more than 100 Mass Burn facilities.

RDF or Refuse Derived Fuel is the process by which the recyclable and the non-combustible materials from the MSW or Municipal Solid Waste are removed and the rest of the material which is pelletized and shredded is combusted. Only 19 RDF facilities are in the US but the number is expected to rise due to the rising energy prices as well as the strict permissions for landfilling.

This process is defined as thermal conversion of the organic materials at temperatures of 1000 – 2,800 Fahrenheit, or 540 -1,540 degrees Celsius, in a limited supply of oxygen or air (sub-stoichiometric atmosphere). There is no combustion and so there is no burning process. This process of waste to energy technologiesuses a fraction of air/oxygen which is generally required to combust any material and thus creates a low-medium Btu syn- gas. This process is more mature than the other processes, but it does need complex systems such as the gas cleaning up equipment. 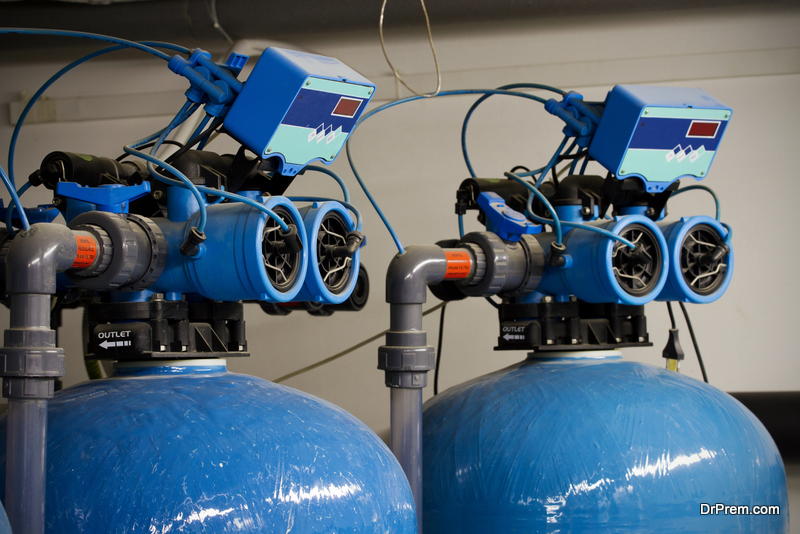 This is also a gasification process in which plasma arc or plasma torch and carbon electrodes, tungsten, copper, hafnium and zirconium to initiate the temperatures which result in gasification reaction. The plasma temp ranges from 4,000 to 20,000 F or 2,200 C to 11,000 C creating a very valuable syn-gas, as well as high-value sensible heat. This tech has been there for many years to destroy hazardous wastes. There are systems available which can be used to reduce the quantity of waste as well as generate green and clean electricity.

Currently, there are Plasma Arc units in Norway, Sweden, UK, Taiwan, Canada, Japan and the US. The units are small but can be scaled up, by introducing multiple units.

The advantage of Plasma gasification is that the high temperature that the process requires, minimizes the air pollutants below the traditional WTE facilities. At elevated temperatures, there are no odors and the cooled gas has low SO2, NOX, CO2 emissions. This method of generation of electricity from wasteis the eco-friendliest.

Pyrolysis, the thermo chemical decomposition of the organic material, at elevated temperatures without the use of oxygen. The process involves simultaneous change of the chemical composition as well as the physical phase which is irreversible. The reaction occurs at temperatures which are higher than 750 degree F in an atmosphere completely devoid of oxygen. The syn-gas produced during this reaction is converted to biodiesel and other liquid hydrocarbons. The technologies of Pyrolysis are different too, ranging from flash type systems or carbonization.

There are no industrial sized units right now, but there are many small units operating all over the world.

Opportunities due to WTE 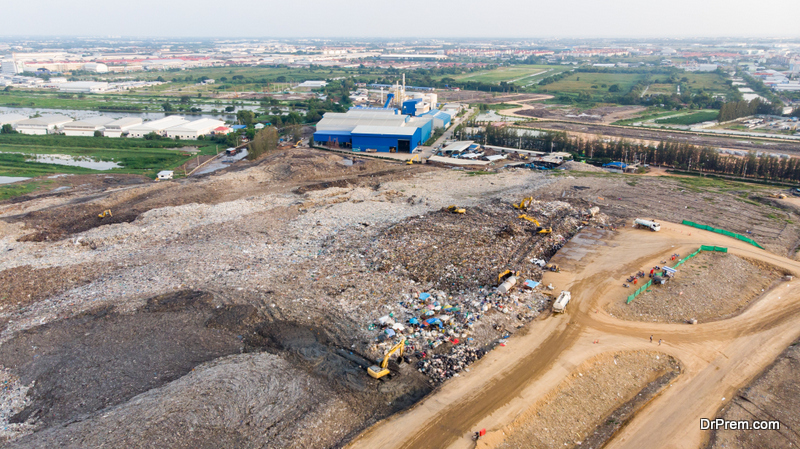 The generation of electricity from waste through all the different WTE technology have the capacity to change the WTE around the world. The Pyrolysis, Plasma Arc and Gasification technologies have lower emissions than Mass Burn-RDF due to their processes. The Plasma Arc has the lowest emissions while creating electricity from waste. It is gaining acceptance and many units are set up due to the complete elimination of waste stream.

Governments should promote WTE projects which apply the Plasma Arc technology. As this would be a perfect solution to reduce waste from the cities’ landfills. Methane emissions from decomposing materials at the landfills contribute to atmospheric pollution. With Plasma Arc, all the waste which is prone to decompose can be burnt to generate electricity in an almost zero emission process.

The Pyrolysis technology can be used to manufacture biofuels for transport.

The capital cost is comparatively higher than other tech, there are several revenue streams in the WTE projects. Revenue can be generated from Sales of electric energy, Renewable Energy credits, Sales of recyclables and Government Subsidies. It has been found that WTE projects have more potential to earn revenue than other kind of energy generation technology, as even the waste generated in the process (except for Plasma Arc), can be sold to recyclers.

How does a WTE project get off the ground? 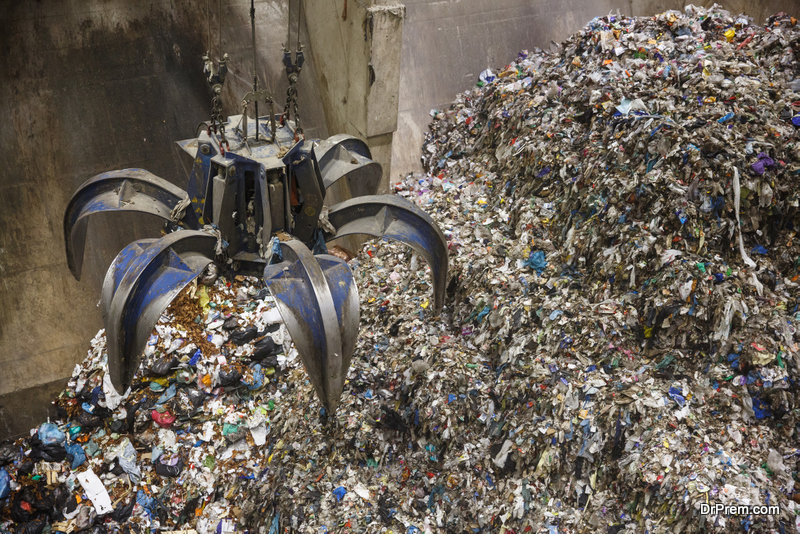 The market of WTE is projected to grow at 15 percent annual rate and reach 13.66 billion dollars by the year 2023. Commercial banks, multilateral development banks, private equity firms and financial sponsors are tapping into the WTE market.

Financial equity firms are the major backers in developed markets such as Australia. In the emerging markets such as Singapore, the PPPs or Public Private Partnerships is the strategy which is favored. In this structure, the developer will undertake the project development under the DBOO or Design Build Own Operate model. The developer arranges for the finances, builds, owns and maintains the facility for the lifetime of the project which is about 25 to 30 years. The financers have to be given guarantee from government agencies that theburning garbage for energy project will recover the investment over time.

The challenges faced by the WTE projects in Southeast Asia are similar, as can be seen by the examples of Indonesia and Thailand.

There are governmental subsidies as well as tax incentives put in place by the Thai government for different WTE projects, including incineration, fermentation, landfill gas capture and gasification. The installed capacity of the projects stand at 203 MW. But, there has been a backlash from the Thai citizens as there is a concern with atmospheric pollution from these plants, caused by the incineration.

In Indonesia too, WTE projects have failed to gain momentum over concerns of hazardous pollution.

Therefore the variable fuel quality is the bane of WTE projects. The Municipal Solid Waste or MSW has many subtypes of materials. Paper thus includes bond paper as well as craft paper which is saturated with ink. Wood would include sawdust as well as the construction debris which has galvanized nails.

So, WTE facilities require highly flexible design to burn/treat different types of materials or there has to be highly efficient waste sorting before the waste is burnt, in order to reduce pollution or to reach the high temperatures required to produce energy.

Post production waste is found to be more uniform than MSW, as the waste tends to be of one kind of material. Sewage sludge which is burnt in European Union, is dried and/or processed into pellets, but this can also contain high amount of heavy metals and chlorides which has a negative impact on the environment.

Rubber and tire products can be used to produce tire derived fuel, but the steel belts in tire tread and sulfur in the rubber pose environmental concerns. 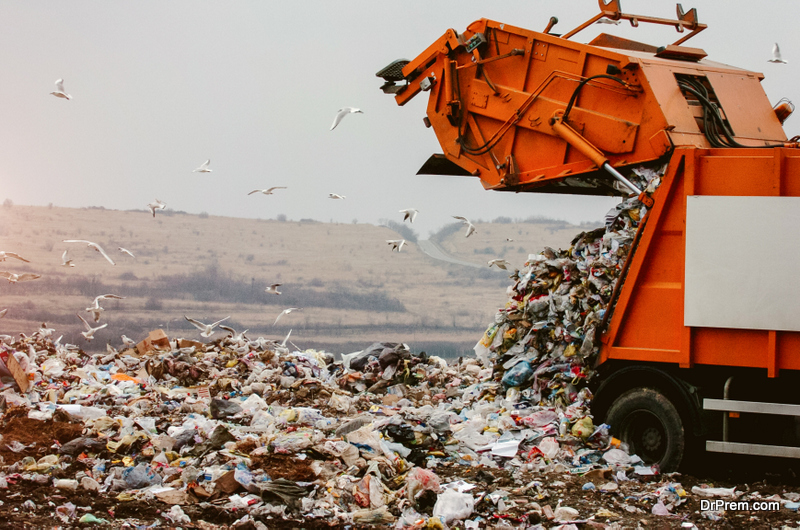 Sweden is the country which has turned WTE projects into success stories. 49% of the household waste in Sweden is burned in the WTE facilities. The energy generated from these plants is used for steam as well as heating hot water, with some of the heat produced utilized in electricity generation. The factors which have led to Sweden’s success are:

So WTE has a lot of challenges before it can be a truly environment friendly project. Apart for producing less waste, we should also focus on making waste management energy efficient. In most cases, the incineration plants the world over has not been managed well. Most of the emerging economies do not have waste sorting processes. For the success of WTE, waste segregation is imperative, as in Sweden.Plasma Arc technology seems to be the best for WTE projects as the emission produced is minimum and there is no waste generated.