In the Hollywood film ‘2012’, an ark was built in China to save people from the catastrophic events that took place. The ark was massive, enough to accommodate and save thousands of people from being consumed by the natural disasters. Well, it appears that the concept is now a reality, only on a smaller scale. Moatasem Esmat of Helwan University has designed a project called the Vth Ark that could be responsible in saving valuable lives and decreasing casualties in the event of a natural catastrophe such as a major tsunami. 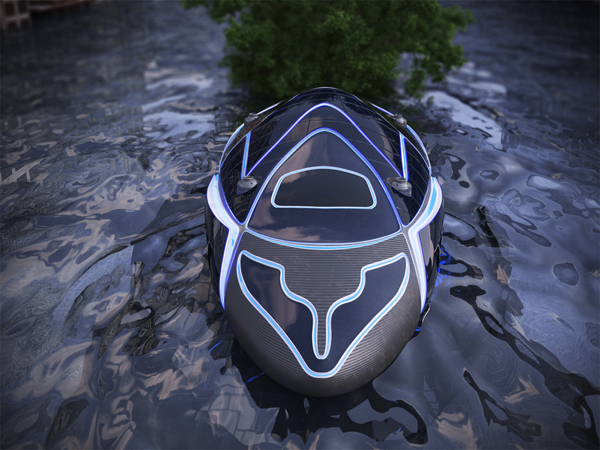 Natural disasters aren’t easy to deal with, as nature always has the final say. But with the Vth Ark, many lives could be saved if such disasters were to occur. Over the last decade or so, we’ve borne witness to many tsunamis that it’s become difficult to keep count. With this in mind, Moatesem’s ark will be constructed from durable materials to provide shelter and protection from powerful tsunamis. Since most waves carry debris at high speeds while approaching the coast, the materials used to build the Vth Ark will be able to withstand strong forces.

The ark has been cleverly designed with Moatesem taking into account the various possibilities that could occur in the event of a tsunami. The Vth Ark has two modes of functioning. Since it’s placed on a stand, minor floods will not dent it as the stand will help keep the ark at a higher surface. The stand has also been designed to allow water to flow through it to protect it from strong water flows. In the second mode, the ark turns into a floating shelter as it can be tied to the ground using adaptive chains that increase in length as the ark begins to float higher. A unique feature of the Vth Ark is that its LED lights will act as a rescue signal in the event that the ship is buried or swept away.