Do you know that back in the days farmers lost a large part of their crops to due to pests? Trillions of pests like grasshoppers would march and would destroy entire crops within a matter of minutes. No wonder our ancestors could barely manage to fulfill their needs. However, now the situation is totally different. Right now, with the help of pesticides, we are able to produce crops that are highly resistant to pests. Nevertheless, rather than solving all the problems, these are giving rise to new ones. It isn’t a matter of just coincidence that farmers across many countries are opting to use ducks instead of pesticides.

Before eating anything, you tend to think of all the pesticides that were used to grow your food. Like all discoveries that seem amazing at the beginning; chemical pesticides seemed to be the perfect answer to crop pests. But with the passage of time; chemical pesticides have turned out to be another man-made disaster, as its effect on humans and the environment has been found to be as deadly as on pests. So some farmers in China, Japan, France, and other countries looked back on the traditional way of controlling pests and found using ducks, to be the most effective way. Read more about using ducks instead of pesticides:

Why using ducks instead of pesticides makes sense?

The use of pesticides in farming is a cause of concern. Pesticides are fatal for pests, and have been known to cause many diseases in humans and animals. There have been many cases of babies being deformed after the mothers drank water from pesticide-polluted waterways.

Which variety of duck is used as a natural pest killer

The Indian Runner duck is used in farming. These ducks stand erect and do not fly. They run instead of waddling, and are taller than the ducks usually seen in Asian fields. These ducks make less noise than other ducks, and eat less grain too. 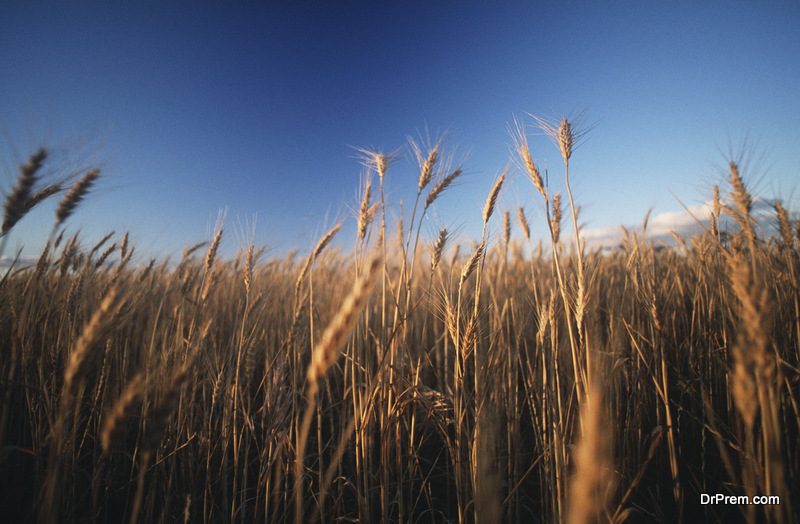 Japanese farmer Takao Furuno, aged 61, grows wheat and rice on his fields, which measure six hectares. He decided not to use chemical pesticides and investigated how farmers used to keep their fields free from pests naturally, when pesticides were not even manufactured.

Takao Furuno, rediscovered the ancient Japanese practice of using ducks in rice fields. Following his discovery, he uses dozens of ducks, which he raises on the farm and allows them to feed on the paddy fields. The ducks finish off the weeds and insects, without causing harm to the crops.

Apart from eating the pests, the wading or waddling of the ducks through the mud oxygenates water and stirs up layers of soil. Their droppings act as a natural fertilizer. All these benefits make these ducks a viable alternative to pesticides, and Furuno started dumping pesticides and using ducks instead.

Furuno raises and sells these ducks. Furuno wrote a book about his experiences called ‘The Power Of Duck’ which he published in 2000. In 2011, his technique was tried out successfully in Southern France’s Camargue.

In ‘The Power Of Duck’, Takao Furuno detailed a step by step approach to veer away from chemicals and increase rice production after using ducks instead of pesticides. He has inspired many farmers all over the world to use ducks, as well as search for natural ways to curb pests.

As humanity has started noticing the failure of chemicals, it has turned back to nature which has solutions for most problems. Chinese farmers like Tang Zhengking have started dumping pesticides and using ducks instead.

He and his ducks make their way to his rice fields every day, in all weather, and walk for about 20 minutes. Tang drives his ducks to the fields, instead of allowing them to roam wherever they wanted to. He drives his ducks with a stick, making sure that they reach the rice fields. This is imperative as he uses ducks as pesticides.

The ducks eat the pests and also weed the fields. The various benefits from the ducks eliminate the need for herbicides, pesticides and chemical fertilizers. This method of integrated farming, i.e. ‘rice-duck farming’ has been documented 600 years ago.

The story behind the Xiangyang experiment 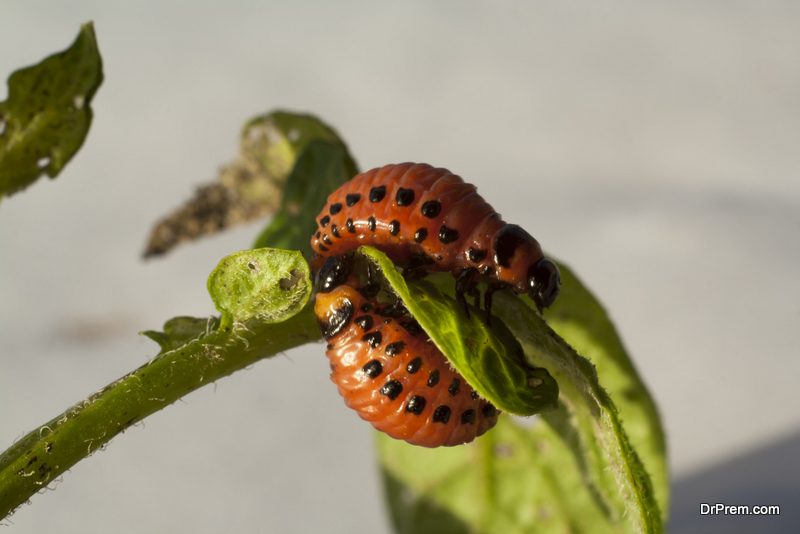 Like Furuno, farmers like Tang in Xiangyang were urged to use ducks by Liu Shangwen, an environmentalist, who wanted to fulfill the demand for high-grade food. His venture could not succeed, since there were no farmers who were practicing organic farming. Liu and his team contacted farmers and introduced the rice-duck farming practice to them.

Many farmers like Tang, remembered how their ancestors used ducks to enrich the soil and kill pests. They became part of Liu’s program, and the number of farmers following this program is about 50 now. Tang’s neighboring farmer lost 2/3rd of her crop even though she used chemical fertilizers intensively. So looking at Tang’s success many farmers were inspired to follow his example.

The resulting produce is sold at much higher prices, as eco friendly people are interested in consuming pesticide free food. This is another reason why farmers became interested, as they could earn higher profits. As of now, this rice is sold in China only, and is not available outside the country.

How are the ducks used in the rice fields

So how are the ducks, called Indian Runner ducks used in the fields? The farmers allow young chicks in the fields as they start to plant the rice. The chicks waddle and swim, which results in tweaking and bumping the crops. The rolling and rocking help to produce healthy grain; but the ducks are kept away when the crop reaches maturity, as the ducks will then devour the grain.

The farmers reported that there were no snails and other pests, as the ducks simply ate them, as quickly as the pests multiplied.

Other benefits of using ducks instead of pesticides 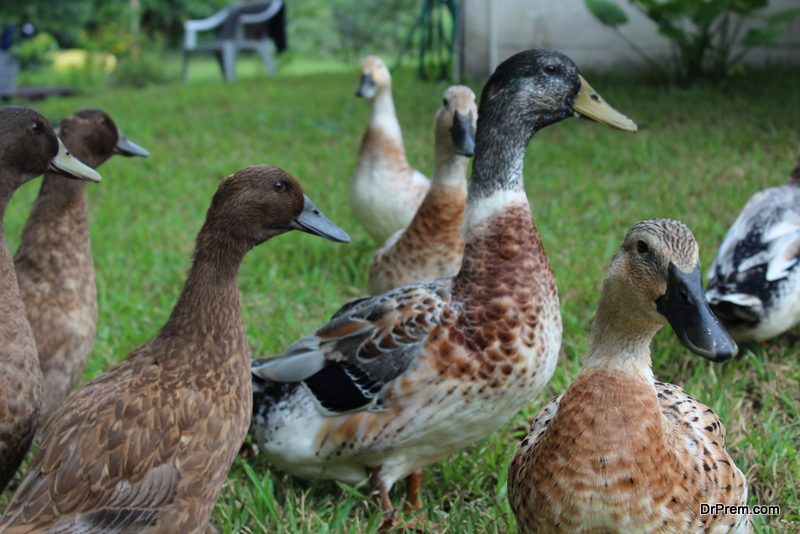 One of the best benefits of using ducks instead of pesticides is that birds like egrets and pheasants have come back. Thus, this method may be one of the most effective ways to undo the damage to the environment caused by chemical pesticides and herbicides.

Use of ducks in a vineyard in South Africa

Using ducks instead of pesticides has worked as an effective anti-pest solution for a vineyard in South Africa too. The farm uses 1,000 Indian Runner ducks to keep the vineyard pest free.

This ancient method of using Indian Runner ducks as pesticides, is being used again as the world’s farmers realized the harm done to the environment by synthetic fertilizers, pesticides. Natural methods of destroying pests like using ducks instead of pesticides, have to be revived, in order to reduce the chemical load on the planet.