Change is the only constant. As time passes by, one expects everything to change for the better. Technological advancements bring in concepts that seem surreal at the outset but very soon these become the reality of our lives. It doesn’t matter whether we talk about carbon emissions or fossil fuel depletion, there are many facts that show our transportation is heading in the wrong direction. To tackle this situation, we need double-sided efforts. First of all, we as people should opt for eco-friendly vehicles and public transportation. Secondly, governments should embrace sustainability by making sure that they give preference to sustainable options when it comes to choosing public transportation system. For this, there are already many public transportation concepts that have the potential of revolutionizing the current system. Ultimate Urban Concept is one such system that deserves a mention.

Public transportation has taken many leaps of technology over the years. The latest concept that holds the potential of transforming the landscape of public transport comes by the moniker the Ultimate Urban.

The science behind the concept 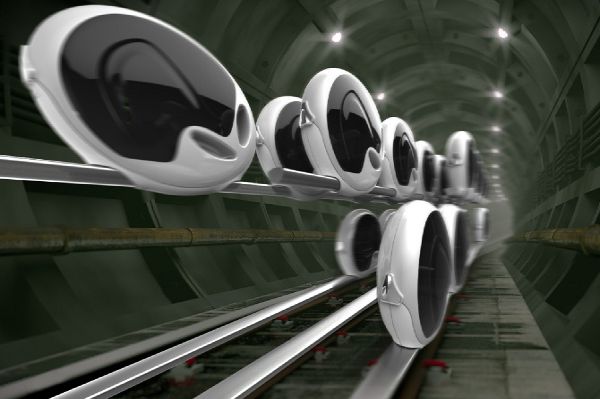 This concept is based on swarm robotics, the field that seeks to bring swarm intelligence, as visible in the case of insects, into play in robotics. The concept visualizes the use of the existing underground rail tunnels. The individual units, termed poxels, may seat one, two or four people. The length of a one-seater poxel is 1.5 meters. As many as eight poxels can fit into the narrowest of tunnels meant for rail transport. The circular space is used to the optimum. Each poxel provides for an interface that lists the destinations.

Furthermore, the in-built projector allows the passengers to have a look at the route being followed. Poxels heading towards the same destination form temporary physical connections. This works on two counts. It reduces the air resistance on individual units and also brings into picture the fuel efficiency of a public transport system. In keeping with the modern times, the poxel comes with Internet connectivity and a keyboard.

The individual entities are fully functional independent units but these work in sync to reduce the amount of work. This is the USP of the product. Efficiency also comes into play. Public transport systems tend to be overburdened in the rush hour while the business through the day remains lean. This concept tries to present a solution to the problem. It ensures the use of poxels as per need. The resources are not wasted in the form of under utilization of capacity.

Flexibility forms the core of this public transport concept. The concept blends the comfort of a personal car with the interdependent nature of public transport. The use of resources remains in check while the people do not have to stop at every other station that comes en route. Travel time is thus significantly reduced. In addition, the concept envisions the implementation of different speed levels. Therefore, all the people using the public transport system are not bound by a uniform speed for everyone. Internet connectivity and keyboard are an added advantage. Professionals like to make good use of their travel time. Connectivity for interaction and collaboration while one is on the move, even while using the public transport system, is a novel idea. It serves to meet an indispensable need of our times.

In an era where people have innumerable alternatives at their disposal in every domain, a public transport system that caters to individual needs is indeed welcome. This holds a chance of finding favor even with the people who are currently not using the public transport system owing to the many deficiencies that come with a shared mode of transport. The Transportation Research Board’s committee for self-powered rail car technologies has come up with the idea of self-propelled rail cars that have sources for power on board. These sources of power can either be some alternative fuels or diesel internal combustion engines. Research is ongoing and soon we would have rail cars that use much less fuel than before. 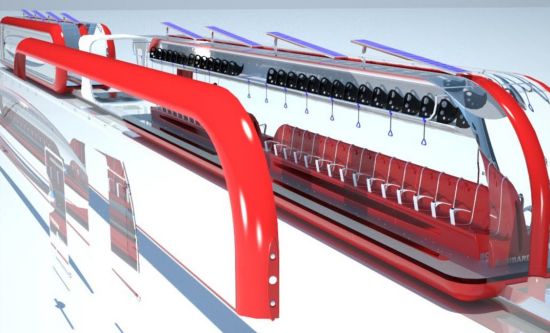 The Bombadier Eco-4 is a futuristic train designed by Francisco Lupin. The train is Eco-friendly and would run on solar energy. This energy is harnessed through the solar panels fitted on the train, changing direction along with the sun’s rotation. The train would have an automatic pilot computer that would be responsible for its running. The computer would be retested at every station. 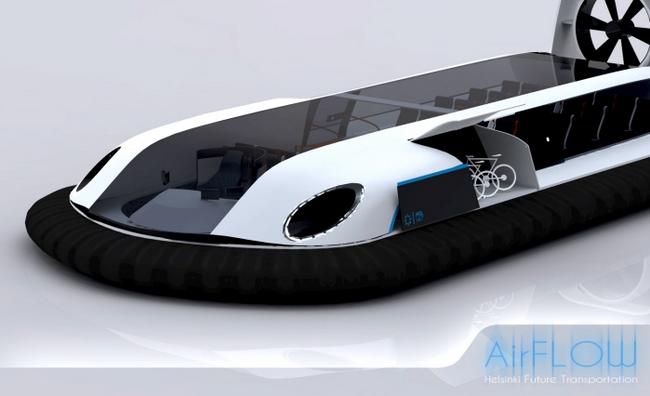 The AirFLoW hovercraft is designed by Lukas Medeisis, especially for the city of Helsinki. The hovercraft is an alternative public transport option and has capacity to carry 40 people, along with the driver. There is also space for two wheel chairs or baby trolleys as well as space to keep bicycles. The AirFLoW is surely a responsible step towards a better tomorrow.

Solar Bullet is a project that aims to bring high-speed (354 km/h) trains to Arizona in the near future. The system is planning to use a rail track equipped with solar panels that would supply the required amount of electricity (110 megawatts) to the system. The project is at the R&D stage right now, and it has plans to use not just solar energy but wind energy as well.

The urban cities often face the transportation problem and an ideal way to solve this problem is to make small cars like the Smart Car. A compact electric car is green, and is perfect for urban cities where the roads are congested.

This system has a plan to operate superconducting maglev trains at a high speed of up to 6,500 km/h in evacuated tubes. The proponents of this system claim that it would be fifty times more efficient than other electric trains. 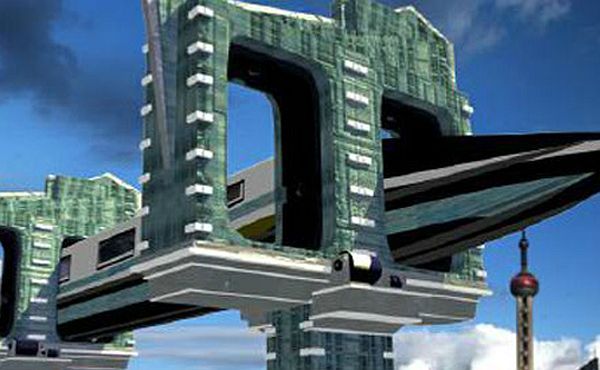 This system is a brainchild of Robert C. Pulliam. The Tubular Rails themselves carry the tracks, the elevated rings contain the rail’s wheels and motors, and its speed is around 240 km/h. This system would cost sixty percent less than the traditional train systems. 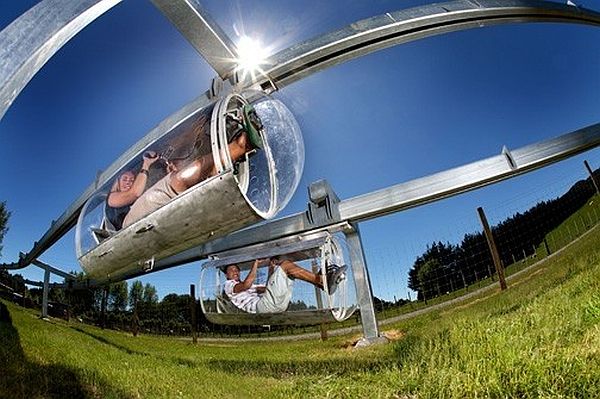 Shweeb is a human powered mass transport system. A monorail system is human powered and it uses bicycle pods that suspend from tracks and serve as an efficient option to transport a person from one place to another. If you want to experience the Shweeb ride at present, then visit Agroventures in New Zealand. There you can ride Shweeb at a speed of 45 km/h. 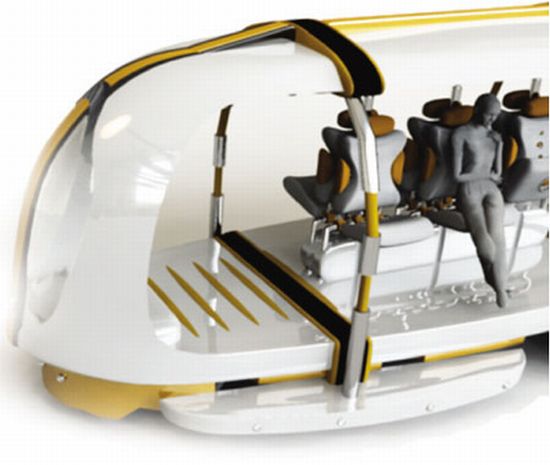 Prato is not place that pops comes to mind if you wish to get around in Italy. But it could soon become a model for many other cities across the planet when it comes to promoting tourism. Designed by Jake Eadie, the new Concept Public Transportation system seems to be perfect for green tourism rather than daily commuting. The beautiful driverless vehicle is operated by a computer and has a maximum speed of 15 km/hr. Its complete glass construction allows you to get the best possible view of the city from every seat.