Given the fact that a good part of the world would switch over to electric vehicles in the next couple of years, it is only natural for the number of green gas stations to start increasing substantially during this period. Here are a couple of futuristic green gas station designs and concepts that are quite intriguing. We should surely love to see at least a couple of these make it out of the drawing boards in the next few years or so. 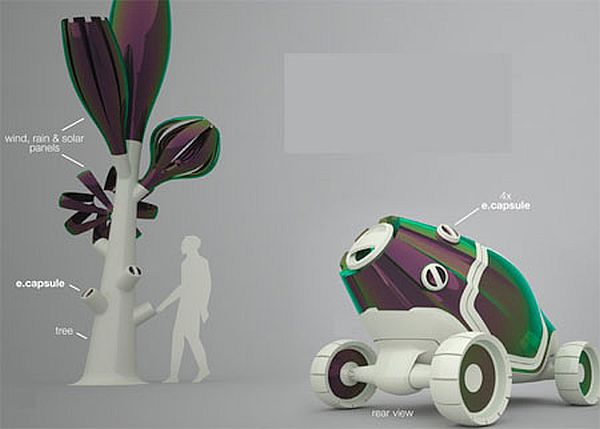 This green gas station concept by Alex Dumler would consist of small, flexible gas stations that derive their power from the sun and wind. The basic design is that of an energy tree that would soak up the sun, wind and rain, produce energy out of the same, and then store this energy inside a capsule. All an individual would need to do is remove a charged capsule from the tree and place it inside his electric car, replacing the used up capsule back in the tree for charging. 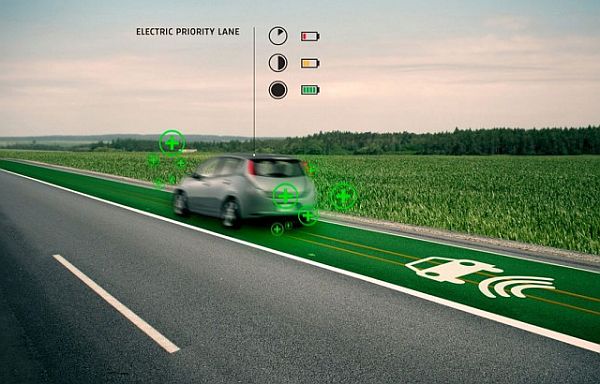 These futuristic gas stations would comprise of charging lanes that would actually charge your electric car wirelessly as you drive through them. These lanes would house on-site energy production units which would use both solar and wind power to supply the necessary energy to the cars.

The next time you want to charge your electric, stop hunting for an electric socket and simply drive your car onto a charging pad placed on the floor of the garage. The charging pad would have your car fully charged by the time you are ready to head out again. 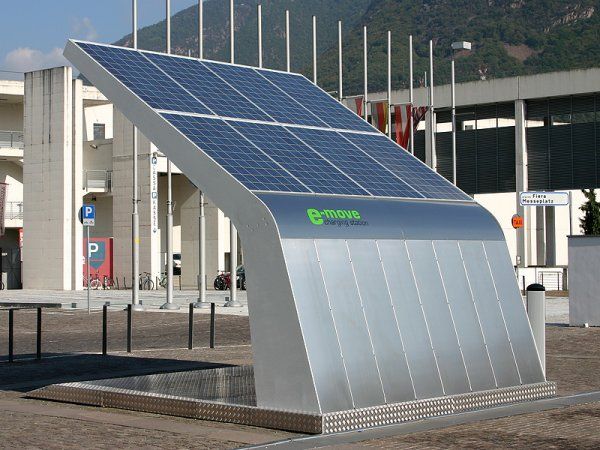 This green gas charging station design would include an electric vehicle charging station along with a mass transit system and a car sharing system to provide all the necessary elements needed for a sustainable transportation module.

Italian design company Pininfarinia is the brain behind the futuristic Antares Solar Tree Fuel Unit which features a 108 square feet structure that resembles a tree with a single, giant outstretched branch. The station contains over 20 solar panels which would produce enough energy to power electric vehicles.
With the world turning its attention towards sustainable modes of transportation, the focus has shifted to eco-friendly gas stations that could power electric vehicles on the go. As such, it won’t be surprising if we get to see some of the gas stations mentioned in this list start making appearances on roads and highways in the near future.