The need for more energy and scarcity of existing sources demand scientists act briskly for various alternative sources. Well, efforts to develop multiple methods of reliable and sustainable energy have been running wild for a while. The microbial fuel cells (MFCs) technology is one of prominent current alternatives for energy generation. MFC, also called biological fuel cell is a process of producing energy from biodegradable compounds. This is a bio-electrochemical system, where technologists imitate the natural bacterial interactions to produce power. MFC works on carbohydrates as well as complex substrates that are present in wastewaters.

MFC is not a new concept as it may allude. You may be surprised to know that it has been there for around a century. M.C Potter, a botany professor at the University of Durham was the scientist, who first managed to generate power from E. coli. Later, a number of researchers including Barnet Cohen in 1931 did similar experiments to exploit the functioning of bacteria to produce electricity. Cohen made a big advance as the microbial fuel cells he created could produce over 35 volts, although with an electricity of only 2 milliamps.

However, it is only lately that researchers could develop microbial fuel cells as an enhanced method for producing electricity. It doesn’t mean the MFC technology is now a full-fledged option for sustainable energy. Researchers are still working intensely to further the technology, which can, of course, become a magnificent alternative power option in future.

As of today, MFC technology converts energy in bio-convertible substrate directly to electricity. It happens as bacteria change from the natural electron acceptor, like nitrate and oxygen, to an insoluble acceptor, like the MFC anode. The process takes some more steps before the energy is created. The off-gas of the process mainly contains carbon dioxide.

The requirement for energy is rocketing up day-to-day. Sluggish and dull researches and technologies will do nothing to resolve the looming energy crisis. There is huge amount of energy in various organic materials such as agricultural, municipal and restaurant waste. There should be immense attention towards converting this waste to electricity. It is not only a green effort for energy but also a cheaper one. What’s is more, organized systems to produce energy using microbial fuel cells technology will also reduce our worry on managing garbage. There are a plenty of sources for biodegradable waste like sewages, urine, pig manure, cow rumen and much more. What to do is to just establish high-tech facilities to produce energy through MFC technology.

Microbial fuel cells technology is already used in several applications to produce power for various purposes. Many a time, a single or a few researchers would come up with an advanced application using MFC. There should be more large scale projects to produce energy using this technology. Here are four interesting projects that make use of microbial fuel cells for harvesting energy. 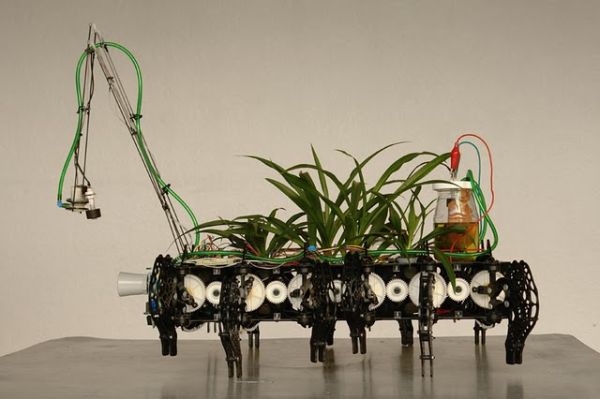 Designer Gilberto Esparza has figured out a robot, called the Nomadic Plants that can harvest energy from polluted water through microbial fuel cells. The robot creates a mutualism between vegetation and microorganisms so as to ‘savor’ contaminated water and to produce energy. Once the robot gets into a polluted river, its microbial fuel cells will spring into action and will start producing energy for the robot’s other operations. 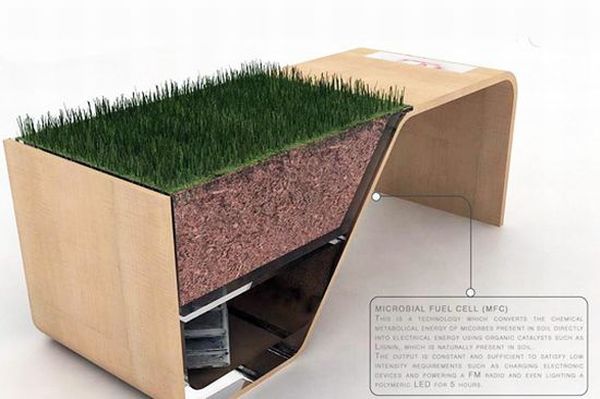 Nectar Design has developed a coffee table, called the VoltPot that doubles as indoor planter. But, what makes the VoltPot fantastic is that it can produce energy from dirt thanks to a built-in microbial fuel cell. Nectar Design has really conceived the table as a way to charge gadgets and other devices. 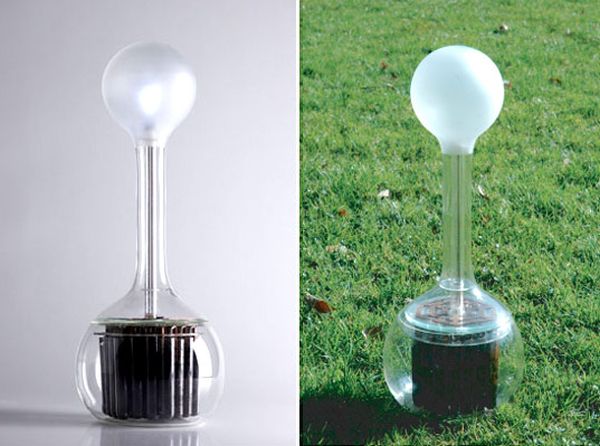 Dutch designer Marieke Strap has created a Soil Lamp that makes use of conductive plates to produce power from the earth, a rich source of energy conducive metals such as iron, copper and, of course, microbial fuel cells. The Soil Lamp features an LED bulb, which will light up with the harvested energy from microbial fuel cells and other sources. 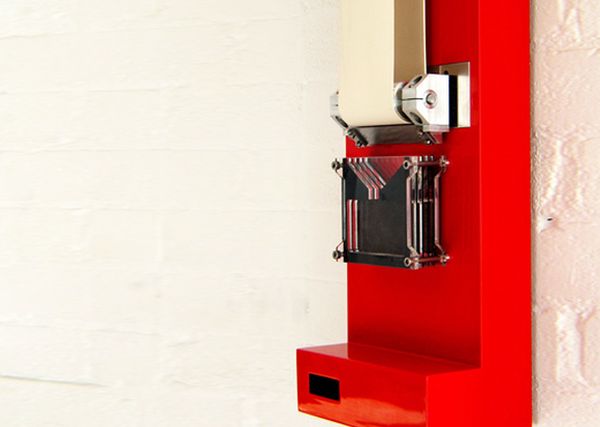 Carnivorous Domestic Entertainment Robot is a stylish robot that produces energy utilizing a microbial fuel cell. Amazingly, the MFC here generates power from biomass that appears in form regular household pests. This domestic robot simply breaks all traditional conceptions on the aesthetics and operation of robots.