Professor Bruce Logan and his team, researchers from Pennsylvania State University have developed a technology which generates energy and treats wastewater at the same time. Developed in Norway and the Netherlands, Reverse Electrodialysis (RED) technology, which collects energy where sea water and fresh water meet, is combined with microbial fuel cells (MFC) that create electricity using organic matter. 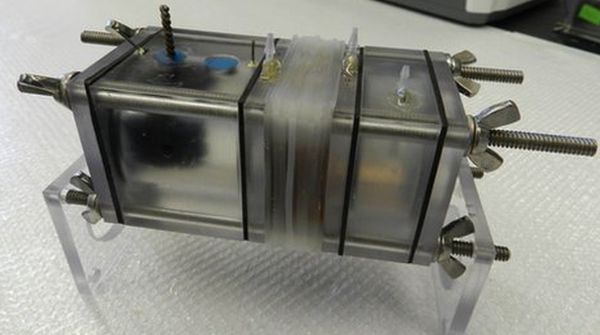 According to Penn State researchers, both the technologies have limitations if used individually. For instance, RED technology creates electrochemical charge by collecting saltwater and freshwater in the intermittent chambers of a fuel cell that are separated by a membrane. To do so, large numbers of membranes are required and the power plants need to be set up next to a sea or an ocean so that salt water is easily available. On the other hand, although MFC can create electricity and substitute bicarbonate solution for saltwater by using bacteria in wastewater in such a way that they can be used anywhere but, they operate slowly and the power generated isn’t much.

In their process, as told by Logan, they are using MFC for wastewater treatment and producing energy whereas the RED stack is just being used to boost up the process. By using them together, the two technologies have become much more efficient and the combination is an ultimate solution which can provide water and power to developing countries as well as gulf countries that have limited availability of both.