In recent years, the efficiency of the traditional silicon solar cells has been improving, but the challenge technology faces is the natural theoretical limit at about 33 percent. The law of Physics doesn’t allow the cells to absorb photons below a certain level of energy, which means this low energy is simply lost as it cannot be converted into electricity. Now a method to join two energy poor red photons in order to form a single rich in energy yellow photon have been found by the researchers at University of Sydney. 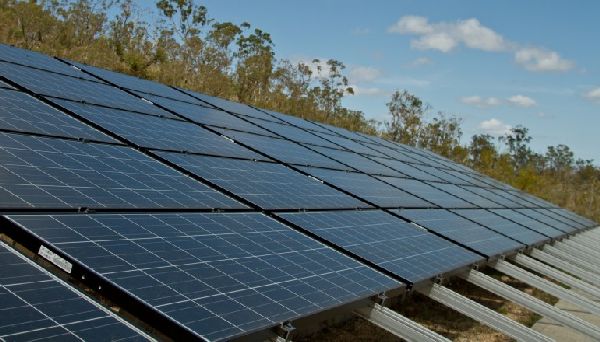 The new method named ‘photochemical upconversion,’ allows to harvest this spectrum part, which presently is unused by single p-n junction crystalline silicon solar cells and probably enables a record breaking 40 percent efficiency. The technique is reliable on two different kinds of molecules, which are kept behind the solar cell in a solution for combining the two low energy photons into one high energy photon. The energy poor red photons are absorbed by the first type of molecules and stored in persistent state so that they do not escape.

This state of persistency lasts long enough enabling the transfer to the second, organic molecule when both the molecules meet each other in the solution. After the encounter of the two molecules, one reaches a higher energy state whereas the other returns to its base state. The high energy state has an extremely short living as a yellow photon is send off by the molecule if the solar cell is to absorb the high enough energy.