The high-rise apartments are space saviors. In fact, the modern age space crisis and growth of population has led to the rise of skyscrapers. The skyscrapers are generally monoculture, which means the people who use these buildings have one particular demand or need. The high rises around the world are either commercial or residential. This restricts the possibilities of architecture and restrains them from taking their imagination to a new level of creativity. 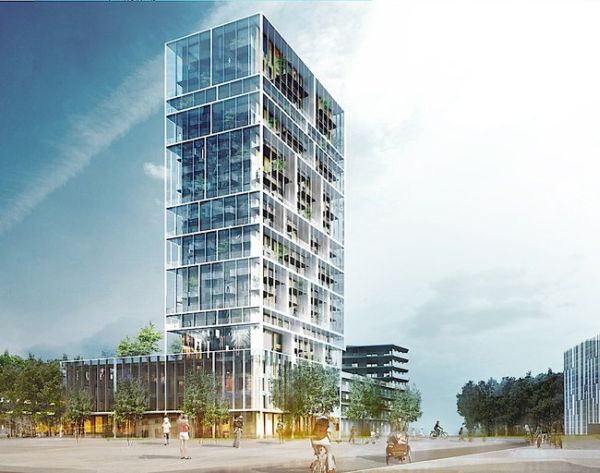 C.F. Moller Architects have decided to address this problem along with Brut Architecture. They have designed the first multipurpose skyscraper or high-rise. Their motto is to build a vertical structure that is a complete society in itself. Vertical community is a fairly new concept and it shows enough potential for flourishing.

C.F. Moller Architects are inspired by the idea of a collective community of people who live in a sustainable and eco-friendly manner. They belong to different markets due to their varying needs but at the same time have a connection. The high-rise communities are not strong enough. People just meet each other while going out or coming in at the lobby and greet if they have met earlier. In the new building, their interests will mingle and they will become more interdependent or sociable amongst the residents. 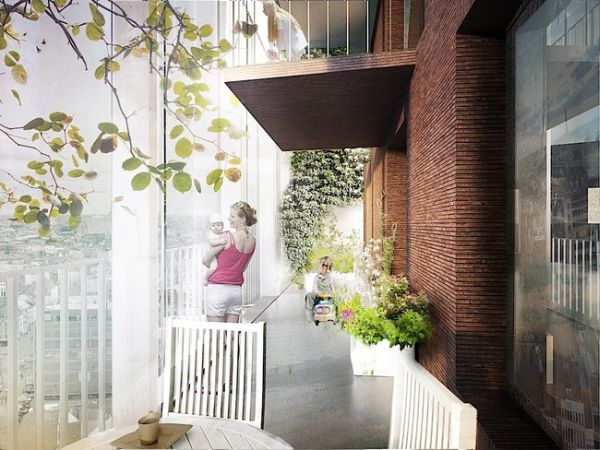 This will lead to a stronger feeling of community. To promote social interaction among different groups of people with varying needs, they have made living space provision for different people. For example, there are small hostel like rooms for students with small budget and giant apartments for big families with kids. Despite of the variety created through architectural styling they have not made any compromise on the privacy front. The different communities are offered sufficient privacy but at the same time, there are provisions for social mingling and communicating.

The building will provide a magnificent view of the surrounding city of Antwerp from the green oasis. Around 25% of the total space has been devoted to roof terraces and balconies. The building comprises of a common dining hall to promote community spirit and has a bike repairing shop. The architects have also considered the ill effects that skyscrapers generally have on the local microclimate. That’s why they have made it as eco-friendly as possible, for example, the building has given up the central heating system. 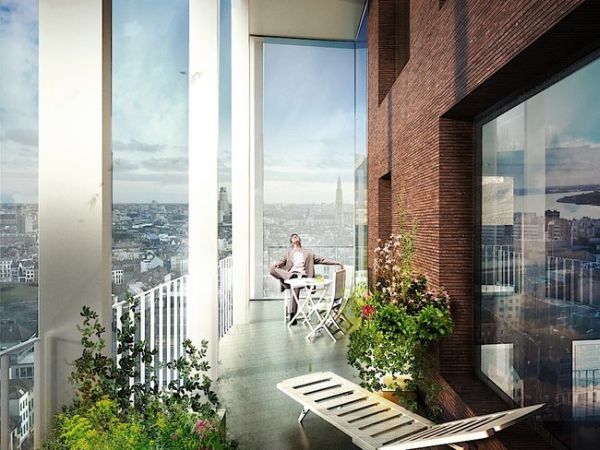