Wouldn’t it be fun and eco friendly if your iPhone was thinner and lighter and its battery could last weeks or even months instead of just a day? With the invention of organic batteries, that far away dream may just be possible. Organic batteries are the ‘in-thing’ in the area of battery research at the moment, given the potential and benefits they possess to power our gadgets in the near future. NEC is one of the leading companies in organic battery development and since 2001, has been working on polymer-based batteries which had their first major release in 2005. NEC’s latest invention, the 0.3-mm thick organic radical battery has secured a place in the list of eco friendly batteries of the future. 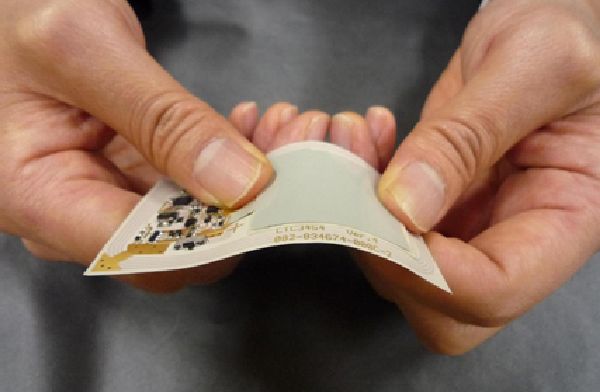 Organic batteries are far more desirable than conventional ones since considering their size, they have a very high energy density, are super thin, and use no heavy metals. The 0.3-mm ORB’s size is less than half the thickness of existing batteries. The size reduction was accomplished by using printing technology which enables negative electrodes to be formed on circuit boards. The prototypes feature a 3-centimeter thickness, a 0.3-millimeter edge, 3mAh capacity and 5kW output power density per unit volume.

The prototypes are capable of 360 continuous flash firings, 2,000 display screen updates and 35 location transmissions in just a single charge. Charge and discharge discharge tests show that the batteries can maintain 75 percent of their initial charge and discharge capacity even after 500 cycles which is equivalent to the same performance found in lithium-ion batteries used for mobile phones. The recharge for this prototype takes approximately 30 seconds.

Batteries as thin as NEC’s creation can be installed inside products that are limited in thickness such as a smart card, a sheet of e-paper or even a credit card. They will also pave the way for electronics manufacturers to develop even slimmer gadgetry.