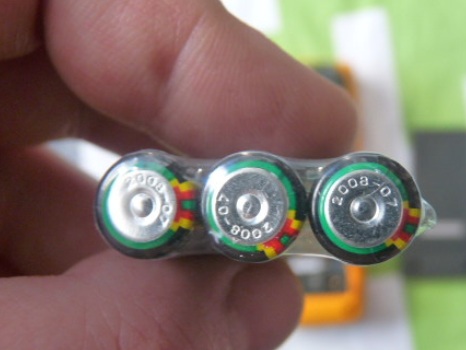 A recent research has proved that it is possible to make eco-friendly batteries from plant dyes! Well believe it or not but researchers are in the opinion that the red dye obtained from several plant can be used to make lithium ion batteries.

A plant known as madder plant which is being used from centuries to get purpurin a dye that is used to colour fabrics red, pink or yellow! Ancient Asian and Middle Eastern civilisations were the first to boil the roots of the plant to get this non-toxic dye.

Even the scientist found it a pretty interesting discovery and said they were themselves surprised to find out that a dye can be used for energy storage! The organic chemist of City College of New York said that this invention could be equally exciting for the future generations as well. 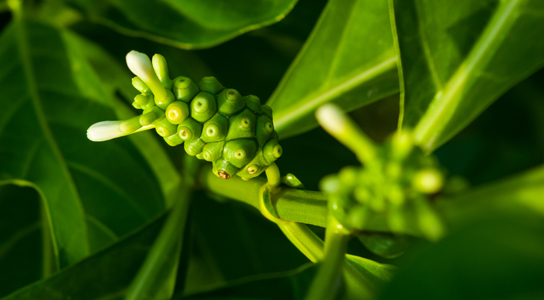 For those who don’t know we use rechargeable lithium ion batteries mainly in cell phones and also other vehicles.  These batteries use cobalt as the main ingredient in the electrodes through which the electric current flows.

A material scientist Arava Leela Mohana Reddy of the Rice University said that 30 per cent of the cobalt produced worldwide is being used in these battery technologies. Now imagine the amount of cobalt that we can save once large scale production of batteries from these batteries could be started.

Not only are the sources of Cobalt in the world are limited but also its mining is quite expensive. Moreover recycling or fabricating the lithium ion batteries requires a high pressure and a lot of energy. In 2010 according to Reddy almost 1 billion lithium ion batteries had to be recycled. So you can estimate the amount of energy used in the process.

Another major disadvantage of the conventional way of production or recycling of batteries is the amount of green house gas (Carbon dioxide)   it releases. Almost seventy two kilos (158 pounds) of this green house gas is released into the atmosphere per kilowatt-hour of the energy in the battery. So there was an urgent need to think of ways to make more eco-friendly batteries from natural resources and extensive research was going on in this field to make greener batteries.

After examining many natural materials scientists concluded that Purpurin and the likes are the ideal substances for an electrode. The reason behind this being the dense and electron rich rings of molecules that could allow the movement of electrons back and forth just like those usual electrodes. This property of Purpurin and its relatives will co-ordinate nicely with Lithium.

Moreover these scientists have found out an easy technique to convert Purpurin into an electrode which is not only cheap but it can also be done at room temperature. The technique being that they first dissolve the dye in alcohol solvent and add a Lithium salt to it. The colour of the solution changes from reddish yellow to pink once these lithium salts binds with the molecules. 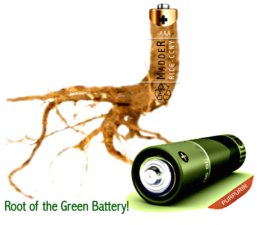 The production of green house gasses can also be tackled by this technique because once they start growing Madder on a large scale for commercial production of these Lithium Ion Batteries it would absorb carbon dioxide reducing its amount in the atmosphere unlike the conventional way of production of these batteries. Again the toxicity of the Lithium batteries which was also a problem can be solved by this new found technique as the method with which Lithium binds to the electrodes is found to be completely non-toxic and hence in future they will be no need of going through so much of trouble to recycle these batteries and after using they can be thrown away