Modern gadgets and electronics have in a sense been revolutionized by the invention of the lithium ion battery. The simple energy storage system has allowed all electronic gadgets and even electric vehicles improve on their performance and efficiency. But we have pretty much reached the optimum level of output that can be drawn from them and it is time to move in new directions. Researchers at LMU Munich and Waterloo University have come up with the Lithium sulphur battery to achieve the greatest possible efficiency. 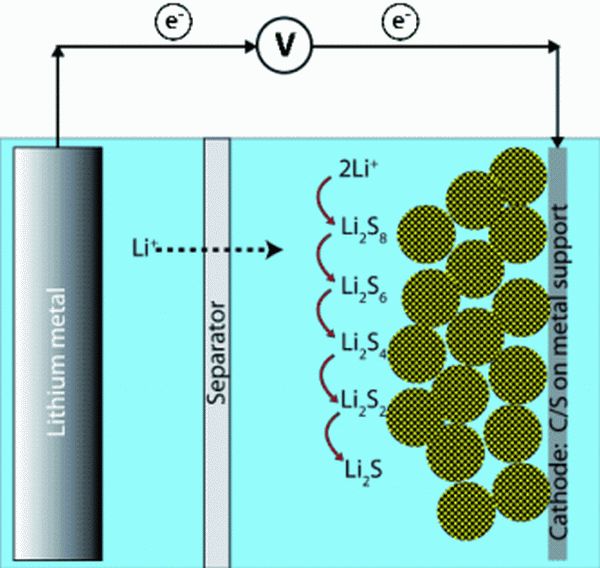 The lithium sulphur batteries are a lot more efficient as compared to the traditional ones; the new cells allow the exchange of ions between lithium and sulphur carbon electrodes. When conditions are right, the absorption can be as high as two lithium ions for each sulphur atom and that makes the battery a lot more efficient.To make the sulphur atoms a lot more accessible for the exchange of the electric charge, the research team has developed a network of nanoparticles that will allow the sulphur to be evenly distributed, thanks to their porous nature. In this way, on one hand almost all of the sulfur atoms are ready to easily take up the lithium ions and on the other hand they are also located close to the conductive carbon. This makes for a more efficient battery design that can store greater amounts of energy.

This carbon formation proficiently reduces the unnecessary byproducts that are produced during the chemical process, which can otherwise have a harmful effect on the battery. This carbon network combines all such byproducts. The scientists effectively covered the carbon material with a thin layer, which protects the battery without reducing conductivity. These carbon nanoparticles have large surface areas, which should be implanted in the modern batteries.