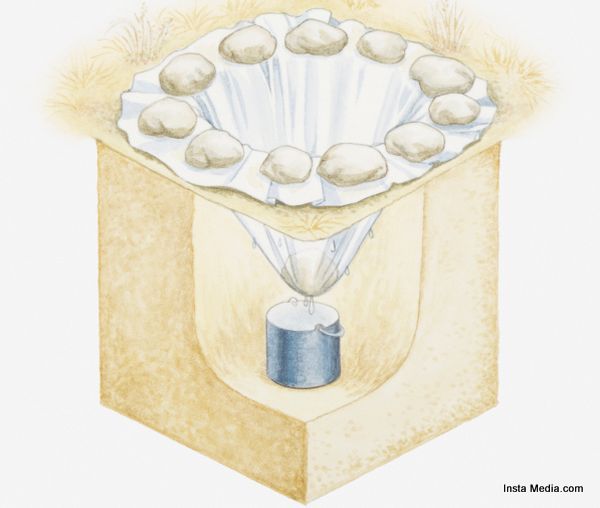 Many plants and animals can survive in very arid regions, as they have the capability to absorb water droplets from the atmosphere. Taking inspiration from them, the scientists have invented fog-harvesting technologies, generally giant nets that trap moisture from the atmosphere. 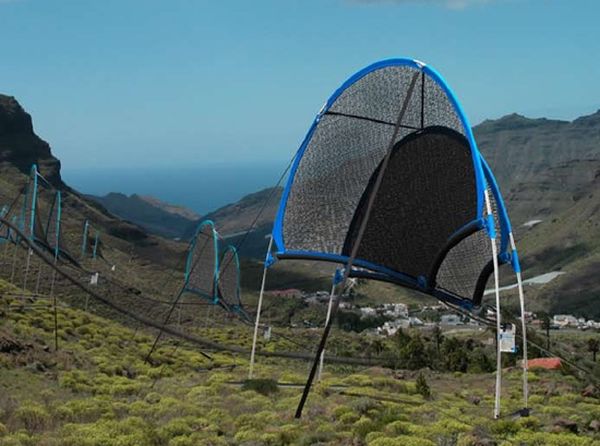 German designer Imke Hoehler has designed a fog collector, which is a tent like construction made of inexpensive mesh of polypropylene. They can be installed in arid coastal areas with a lot of fog. When the air passes through the mesh, the droplets remain in the mesh, and when many droplets converge, they make bigger drop, which runs down and can be collected in the drain gutters. If a number of collectors are installed together, they can supply water to a small village. 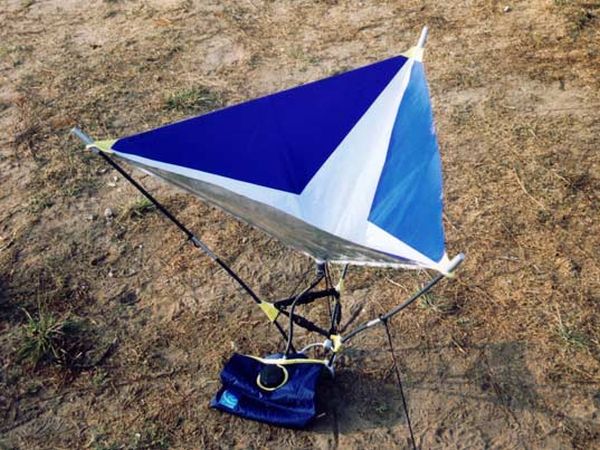 These collectors too use similar technology. The collector is made of a special laminate foil that collets dew drops at night. Fog collector has a screen to catch droplets from fog and can collect up to 10 litres of water in a day. Gross has developed sensors that open or close the laminate when the conditions are right. 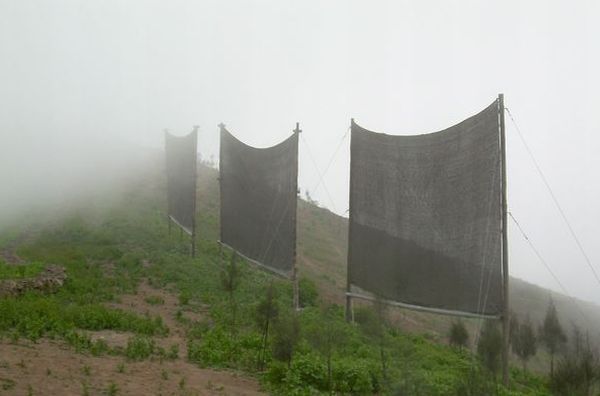 The people in small fishing village of Chungungo had to struggle for drinking water for years. However, in 1987 the village was transformed by the installation of a fog collecting system. Massive fog collecting nets were installed, where water droplets were formed which ran down into gutters attached at the bottom. From there they were channelled into a reservoir and then through taps into the homes. With affordable water supply, the villagers have now started cultivating commercial crops and have planted trees in their village. 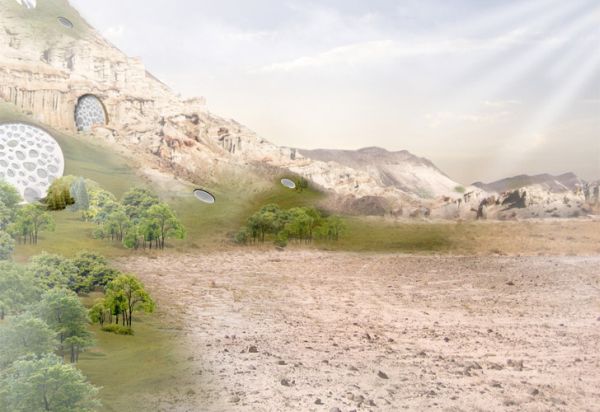 The Atacama Desert is one of the driest places in the world despite its proximity to the Pacific Ocean. Scientists have created a Mist Tree on the Andes Mountains that harvests water from fog thus solving the water problem of this area. The interior of the building is heated using sunlight captured by large glass openings. This helps moisture build up on spider web like net on the building of mist tree, which is collected and provided to the area.

The researchers of MIT have now created an advanced fog harvesting material that enables these fog harvesters to generate five times more water. Through their research, they have created a stainless steel mesh with smaller pores, which allows more water to accumulate and the droplets can slide down easily through the mesh. These new improvements will increase the efficiency of fog harvesting systems and make them more feasible.

Scientists across the world are working on new technologies to collect water from fog and various other alternative resources. In this article, we have discussed some of these inspirational ideas.

Eco-friendly marketing – What does it signify?