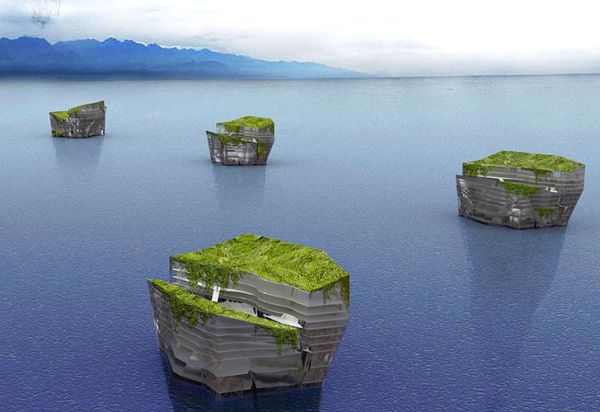 The Pacific Trash Vortex or better known as the Great Pacific Garbage Patch is the world’s largest marine landfill. Comprising of an expansive patch of the Pacific Ocean, constrained by long range ocean gyres, the polluted space is characterized by exceptionally high concentrations of plastics, chemical sludge and other contaminating components. As a matter of fact, some scientists consider it to be a slow moving polluting mass which is likely to expand even further in the future. Now, given the alarming scope and the current adverse impact on the surrounding ecology, it is highly pertinent to contrive a collective solution for this ever growing marine predicament. In relation to this, fortunately there have been a few innovative conceptions that righteously pose as our sustainable savior. So, as ardent ‘eco friendly’ citizens, we should certainly have a look at some of these ambitious proposals.

When it comes to the expansive field of eco architecture, exclusive locations have being chosen for structural conceptions, to enhance upon their elemental ‘green’ credentials. In this case, three Serbian designers Milorad Vidojević, Jelena Pucarević and Milica Pihler have contrived their version of an ardently green design, and its location will be under water. Envisaged as an imposing underwater skyscraper, the ‘Lady Landfill’ conception is intriguingly inspired by Eiffel Tower,although, in an upside down bearing. The massive tower is divided zonally, with the lower floors contributing to landfill collection, along with ballasts for floating. The recycling facility is situated in the mid section, while the user oriented residential and office spaces are located at the top part. As for the core functionality of the fascinating building, the internal system will allow the conversion of recycled trash to fuel, which in itself alludes to an interesting scope of self sustenance. 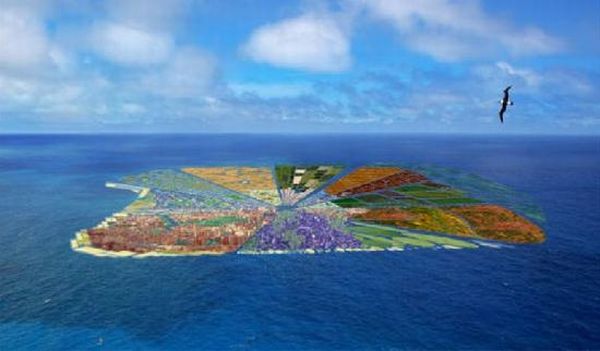 While our previous entry dealt with the mysteries of an underwater scope, the so called ‘Recycled Island’ from Rotterdam WHIM Architecture insinuates a more practical outlook. The adroit designers in this case propose a fully habitable floating island to be constructed in the North Pacific Gyre, North-east to Hawaii. Posing as a fully sustainable habitat for the climate refugees, the marine based 10,000 sq km environment features a myriad of mixed space zoning aspects. These include residential areas, communal spaces and even recreational spaces. As for its ‘green’ nature, the majority of the ‘on-board’ installations will be powered by clean solar and wave energy. Moreover, the island will also incorporate on site recycling and support unique plantations methods, which in turn would cater to compost toilets with naturalistic seaweed components. 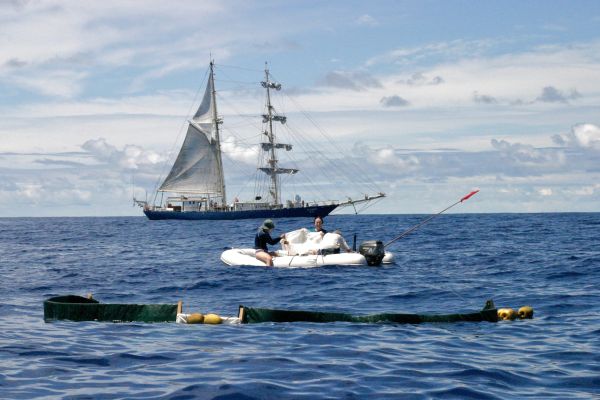 Moving away from the relatively small scale architectural solutions, the Project Kaisei, meaning ocean planet in Japanese, is associated with a more collective approach to clean up our Great Pacific Garbage Patch. The ambitious endeavor entails a scientific and commercial mission on a massive scale. Its main objective concerns the study of the bulk of the ocean bound debris, and how this polluting matter can be essentially detoxified and recycled. Supported by Scripps Institution of Oceanography and Brita, the first attempt of this large scale approach included a fleet of Project Kaisei’s flagship along with a decommissioned fishing trawler equipped with specialised nets. As a matter of fact, the expedition even involved an unmanned aircraft and robotic mechanisms to identify the ‘junks’ and to examine their potentiality to be converted into usable fuel for the future. 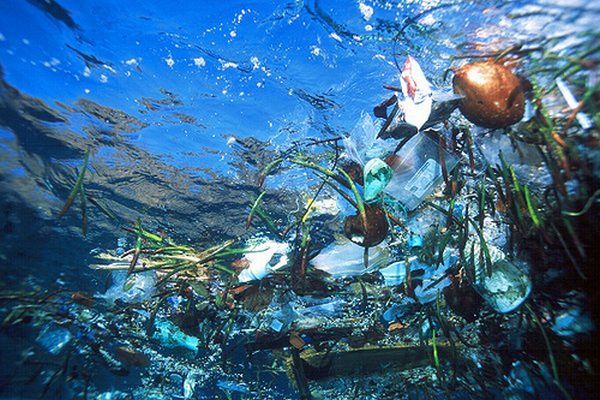 This can be seen as the evolutionary proposal related directly to the scope defined by Project Kaisei. Envisaged as a collaborative effort between Kaisei and Covanta, a renewable energy company, the main aim of the conscientious initiative is to process nonrecyclable plastic waste from the garbage patch into diesel fuel. While, Kaisei is involved with the exploratory part of the endeavor, it will be left to Covanata to engage their indigenous technology, which helps in converting municipal solid waste like nonrecyclable plastics, into a usable diesel alternative. The best part of the project is, if successful, it can result in a virtually unlimited supply of substitute fuel, because of the extension of the Pacific Trash Vortex.