Recently,The George Institute for Global Health carried tested more than 400,000 specimens of packaged food and beverages for 12 countries from around the world. Unsurprisingly, in this research, India emerged as the worst country for packaged food followed by its neighbor China. Although China scored well when it comes to beverages, India wasn’t even good at that. This corroborates successfully with the fact that so many people in India are suffering from diet-related illness. So, why is the Indian packaged food so bad? Let’s take a look some reasons: 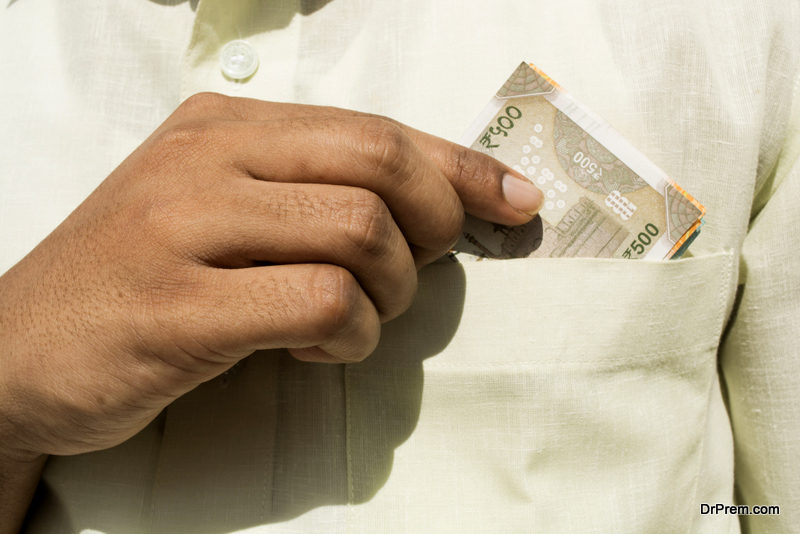 Like most of the other developing countries, In India too, people spend a heavy portion of their total expenditure on goods and services on food. However, when we also put into the equation the overwhelming population of the country, and the little average income, this makes things much more complicated. To improve their sales and to stay in the competition, companies have to offer processed foods at very affordable rates, but it’s not without its consequences.

As an example, let’s take the case of Nestle’s 2-minute Maggi noodles. It is so undisputedly popular in India that it has almost become a part of the culture. It is super affordable, tasty, and easy to cook, which is everything that an Indian might want from its food. However, all this while, maybe it was hiding some hidden truths behind the mask of perfection, which was taken off by food safety regulators in 2015. From the testing it was found that samples of Maggi contained toxically high levels of monosodium glutamate and lead, which was up to 17 times the permissible limit. Although Nestle relaunched it once again in November 2016, it never enjoyed the same success.

India is amongst the world’s top five when it comes to packaged food market and it is growing steadily. However, it is the mere size of the Indian food market that makes it so hard to keep a check over it. It isn’t just about the small players in the game. The multiple controversies involving the top brands like Nestle, Coca Cola, Cadbury, etc. makes us wonder about whether what’s inside the package is eatable or not. With such a huge supply of packaged foods and beverages flowing into the Indian market every day, it becomes exceedingly easier for companies to evade the Food Regulations and dispose of even the faulty products. 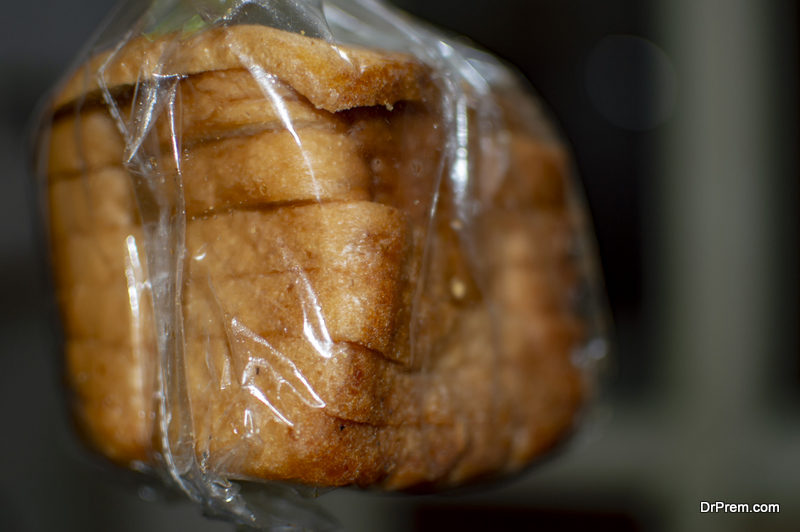 Though the literacy rate in India has improved significantly over the last twenty years, we are still far from becoming empowered consumers. Even the few of us who would dare to read the labels of the packaged products would rarely go as far as reading the expiry date of the product. Those handful who do learn how to read those labels owe it to the help of their gym instructors, but not their school teachers. Moreover, if the product turns out to be faulty, people would rarely take the matter to the court like they are supposed to, as they have little faith in the judiciary.

Concerning the quality of processed food that the country is host to, there’s a desperate need to include it in detail in the nation’s school syllabus, but the present neglect of it makes us wonder whether the higher authorities are in support of keeping us uninformed.

Last year, the Indian government was about to take the decision of labelling products containing excessive amount salt, sugar or fat, but it didn’t do it. The move was postponed indefinitely. This owed partly to the influence of organizations like International Life Sciences Institute, as one if its trustees Dr. BoindalaSesikeran was the appointed chief of the food labelling committee.

ILSIis an organization that’s full of contradictions. It carries a label of non-profit, but it gets excessive amount of funding from MNC’s like Coca Cola, PepsiCo, etc. It is supposed to assist the government in making decisions regarding food regulations, but keeping in mind its vested interests, it would be more profitable for it if it does the opposite. We might be owing the lack of food quality control to this and other similar factors, which indirectly points towards some hidden corruption.

Things to look for while buying Indian Packaged Food 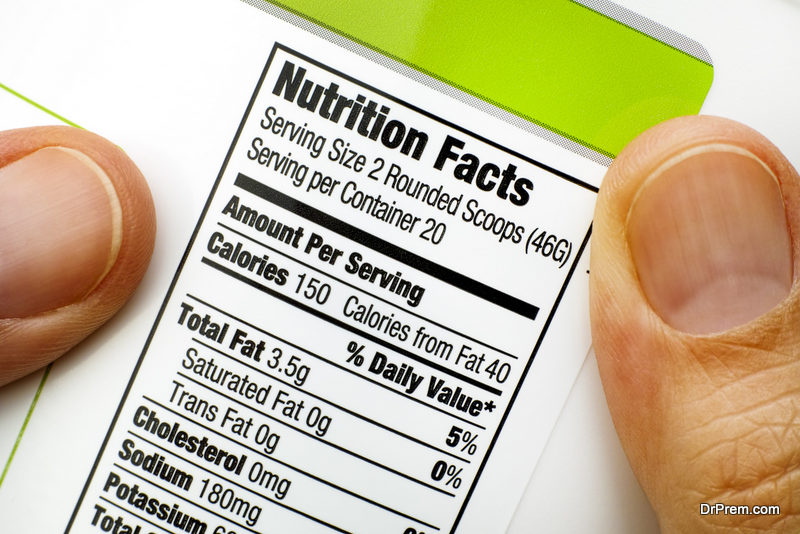 If the packaged food doesn’t make obvious that it contains high amount of fat, sugar, or salt, as a consumer, it is your job to find it. Don’t be too late on this or your doctor might be the one reading the food labels for you. The labels tell you everything albeit in a rather deceiving manner. However, if you start a habit of reading them thoroughly, it isn’t easy to get over the deception.

2. Find out the serving size

Tip: – You simply wish to evaluate the total nutritional content of the product, simply find out the number of servings and multiply it with nutritional value per serving. 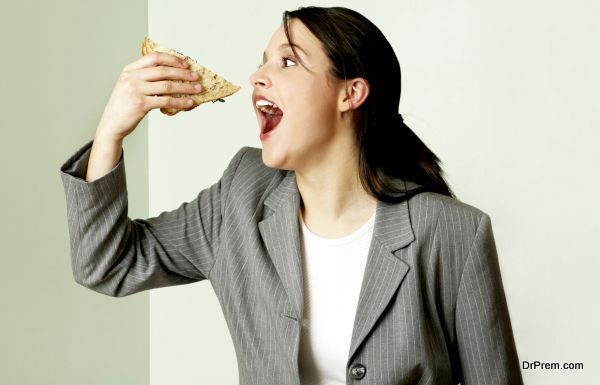 Now that you have the actual serving size in front of you, it’s time to evaluate the calories. Ideally, you are not supposed to eat more than 150-200 calories per serving. However, if you are devouring a packet of chips, you are eating at least thrice that amount. Moreover, that’s not all, to the total sum of calories that you calculate, you also have to add the calories from fat.

4. Look for the Good Nutrients

Well, not everything written on the label represents something bad, there are lot of good things too. Anything having a considerable amount of fiber, protein, unsaturated fats might be good for health. 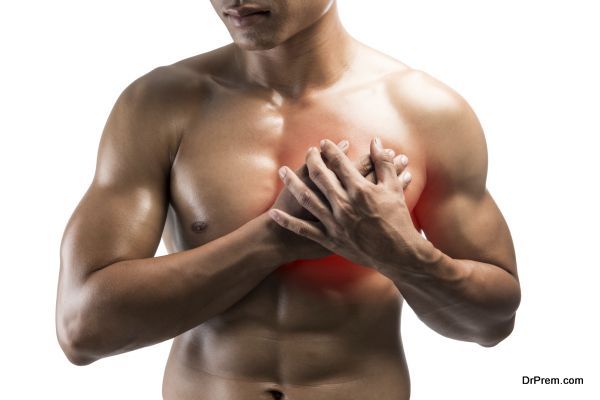 As you would find that out from the label, there are basically three types of fats in your product. The unsaturated, the saturated and the trans. The first type is good for health, the second isn’t good and the third is harmful. You should avoid products containing high quantity of saturated and trans fats. In addition, if you happen to be suffering from heart diseases or hypertension, you shouldn’t even touch them.

6. Be wary of the sodium

If you are sweating it out, eating more salt isn’t usually an issue, but if you are advancing in age or have a sedentary lifestyle, you shouldn’t opt for processed food that has too much of salt in it. A high content of sodium is particularly harmful for people with medical conditions like high blood pressure or those who are having any kidney issues.

According to American Heart Association, you shouldn’t eat more than 18gms (6tbsps) of sugar in a day. It isn’t just the sugar that you directly intake with your tea, coffee, etc. This also includes whatever you get from the processed food. In addition, if your food product also happens to have no sugar but too much of complex carbs, avoid that too. It’s pretty much the same thing.

8. Say no to preservatives

The next time you read ‘best before 12-months from manufacturing’, just don’t be too happy about it. This most probably means that what you are buying has a lot of preservatives in it. These are basically chemicals that are meant to keep the food from going stale, but they are chemicals nevertheless. In fact, chemicals like sulfites and sodium nitrites, which are often used as food preservatives, are rumored to be causing cancer or asthma. Foods without preservatives, although they have little shelf life, but they don’t carry danger to your health. 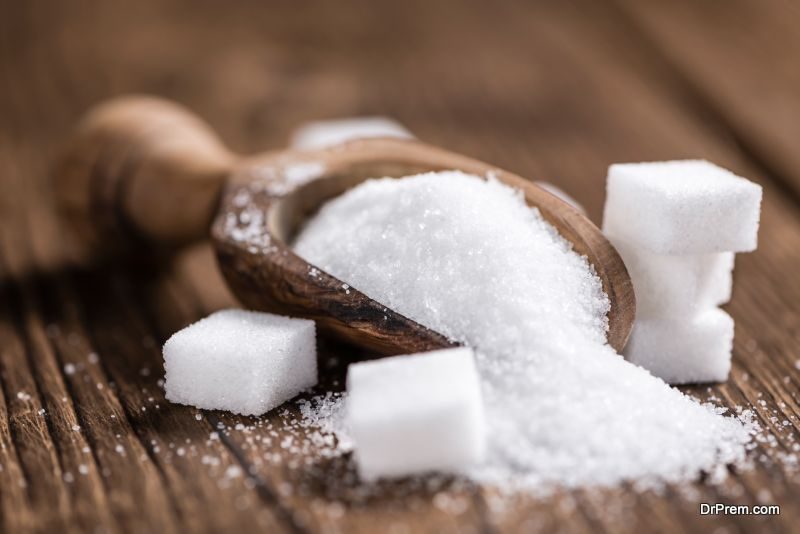 Remember, there are whole lot of deceptions going out to there to make the health-conscious fall for certain product. Some of them are as below:

5 – Indian PackagedFoods you must avoid 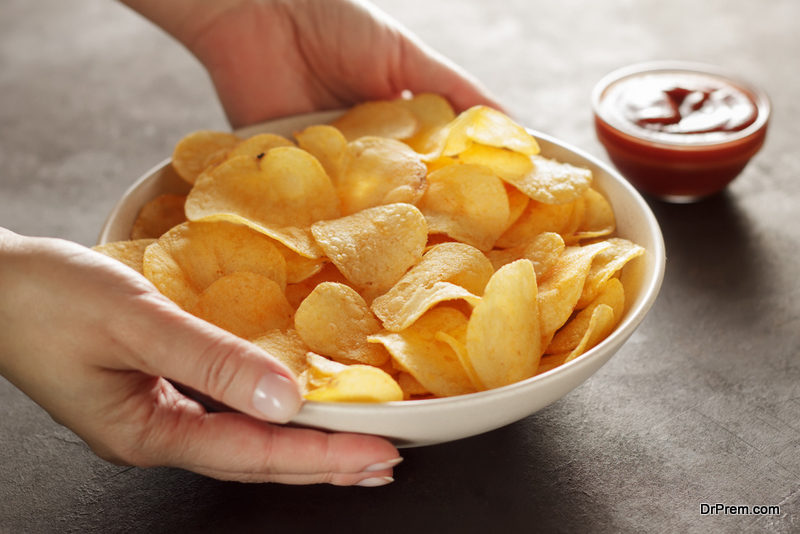 Potato chips might seem like light snack, but they aren’t as light when they go down your belly. They contain good deal sodium, calories, and fats that makes it absolutely worth it to stay away from them.

In Indian culture, juice is considered as healthy. On top of it, when you read real fruit extracts on the label of the packaged drink, it is highly reassuring. However, when you read the food labels, you would discover that they too contain high amount of sugar. So, unless what you are drinking is zero-preservative, sugar and 100% pure juice, it is harmful. 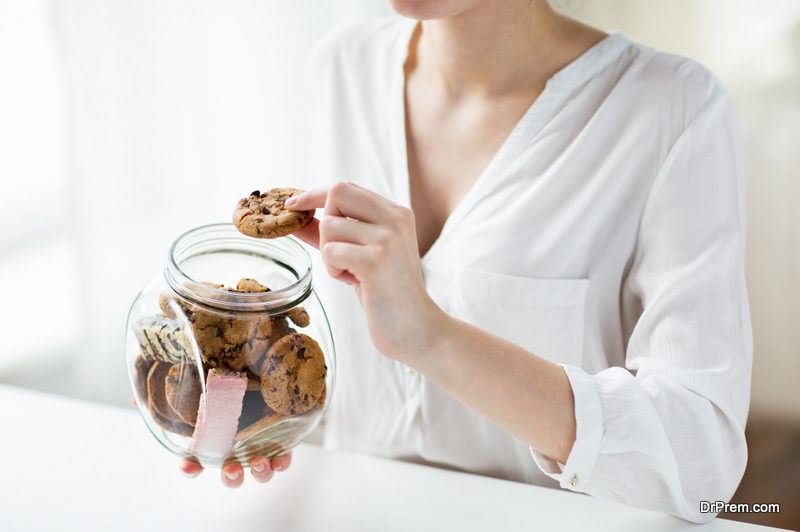 Along with refined floor, biscuits also contain a harmful number of calories. Avoid them if you want to stay healthy.

Soft drinks or Cold Drinks are basically just cocktails of sugar. Making your child drink them increases their risk of suffering from Type-2 diabetes and obesity. In the West, people are aware of the dangers and many of them have switched to Diet/Zero version of the drinks (which aren’t that healthy either), but in India almost everyone who drinks it still opts for the same old-fashioned sugar rich soft drinks. 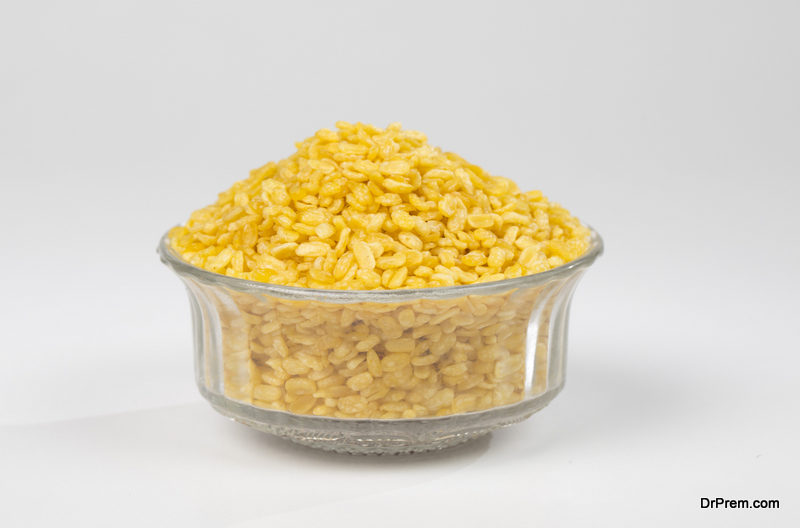 Biscuits and namkeen is the perfect tea-time snack combo in India, but when it comes to sodium it might even beat potato chips. If you can make your own healthy version of it at home, it’s fine, but try not opting for the ones available in the market. 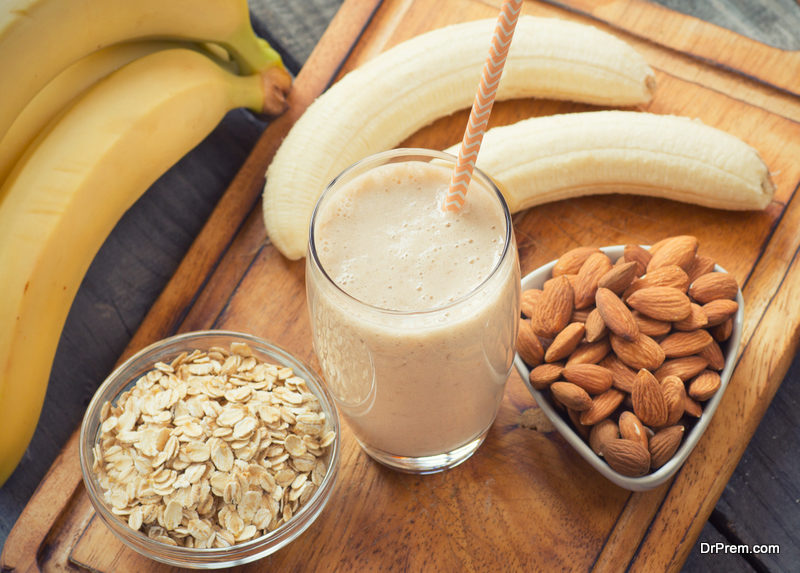 Oats contain high-fiber content. They lower the risk of diseases like Type-2 diabetes and heart attack. Although we prefer you to relish the classic low salt no-sugar version of it, depending upon you can make anything ranging from Kheer to Masala Oats. These would be much healthier than any other type of snack that you might run into in the market. Moreover, you can also add oats to your favorite smoothie. 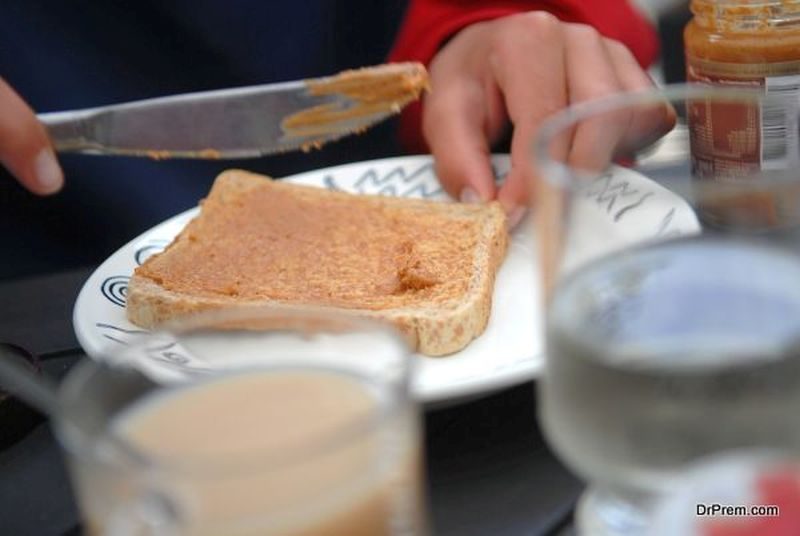 A healthier alternative to both jam and Nutella, peanut butter is also available in many versions. No, we aren’t just talking about the creamy and crunchy. Since many of the popular brands might also add sugar to it, we suggest that you look for sugar free peanut butter. 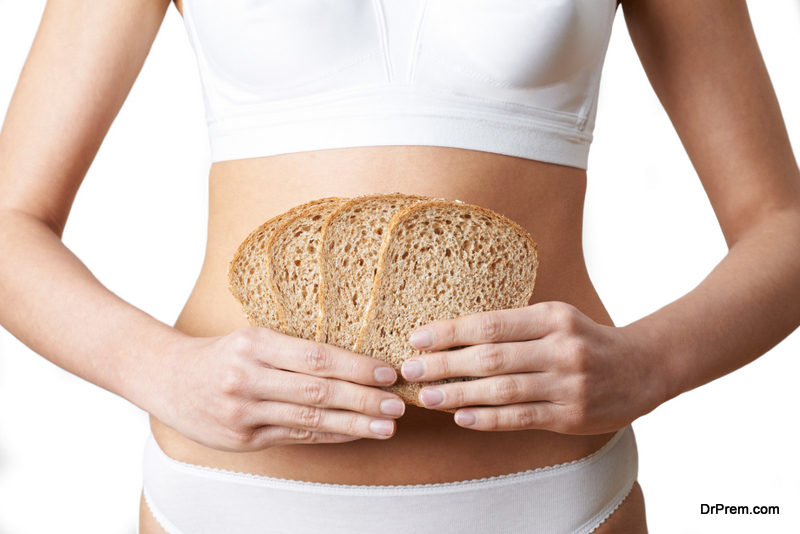 As mentioned earlier, there are whole lot of breads that claim to be whole grain, but actually aren’t. In fact, the ones that proclaim to be 100% multi grain or whole wheatetc. are the ones who really don’t have it. Therefore, you need to resolve to some other measure. Here, we suggest you opt to buy a bread if it has a high content of protein, fiber and antioxidants and is low on sodium. For better information, you can check this guide for buying the healthiest breads. 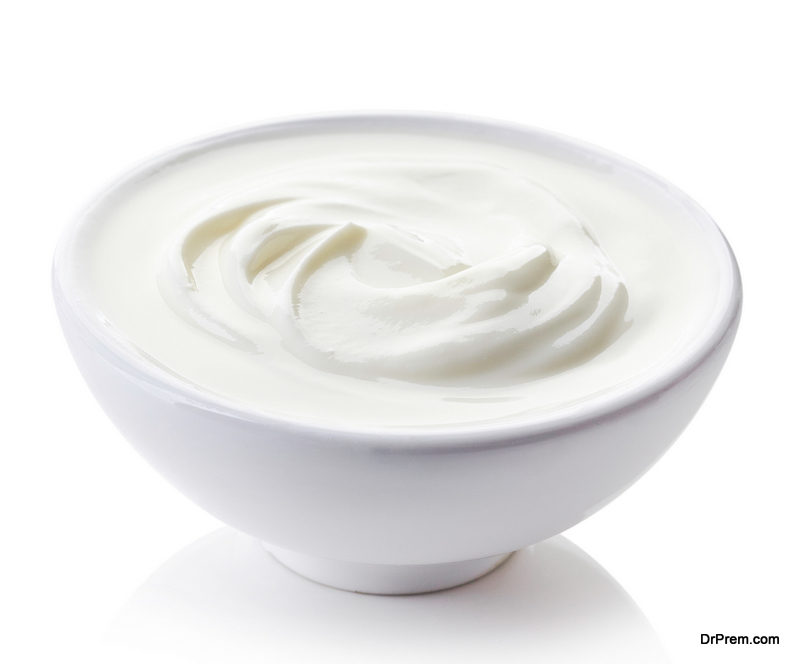 If you can’t digest lactose, no problem. Yogurt is always there for you. It’s high on protein, calcium, vitamins and probiotics, and pretty much everyone can have it. 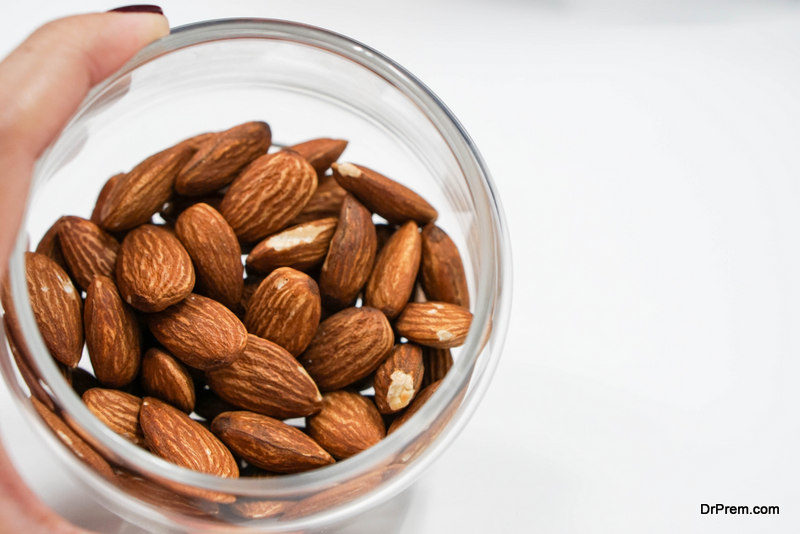 The best thing about dry fruits is that they have enormous shelf life and don’t require preservatives at all. So, you are very likely to run into unadulterated versions of them. As far as being healthy is concerned, they are rich in protein and vitamins, improve immunity and also prevent diabetes and cholesterol.

No matter how unhealthy the packaged food in your country is, if you know how to separate the wolf from the sheep, you have nothing to worry about. So just be aware and spread awareness. Remember to take care of your body as it is the only place where you have to live.