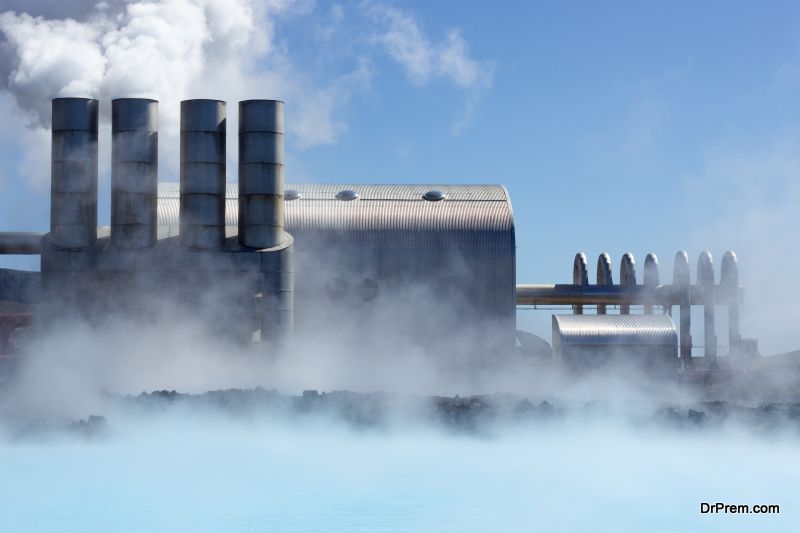 Geothermal power plants use the heat produced by the earth’s core to produce electricity in industrial capacities, but in residences and housing complexes, they behave as a cooling and heating unit. The geothermal heat is produced due to the hot, molten core of earth, which consists of magma or extremely hot liquid rock. The heat circulates inside the rock or is passed on to the underground water reservoirs. Geothermal energy is considered to be renewable energy source, as the earth has a limitless capacity to produce magma, and the transfer of geothermal heat is continuous.

Geothermal plants draw on this heat but the capital cost is higher than other renewable energy sources. But the installation cost is offset by the affordable maintenance and running costs, and zero fuel cost. Here’s a look at how geothermal power plants can be incorporated in housing complexes: 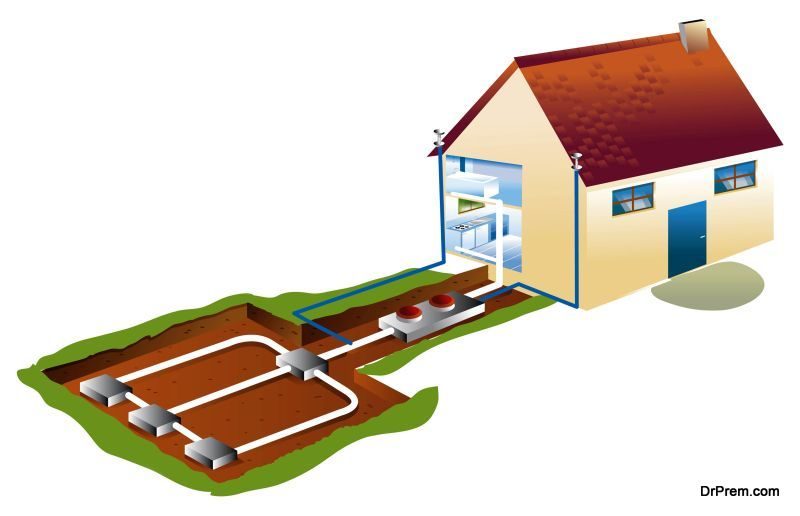 The advantage that geothermal plants have over other renewable energy sources is that they operate continuously every day, all throughout the year, which makes them much more reliable than wind or solar energy fuels.

Geothermal electricity is generated via two methods. First method is called as flash method, and the second is called as binary method.

In this method, water between the temperatures of 300-400 deg Fahrenheit, which is still liquid, is piped from the high-pressure underground reservoirs into the geothermal plant. When the extremely hot water is released, it changes into steam which drives a turbine generator to generate electricity.

Binary technology uses water of lower temperature, and the heat from the geothermal waters is transferred to the second or binary liquid, which converts into water vapour on being heated. This vapour drives turbines which generate electricity.

How to install a geothermal plant for your home /housing complex 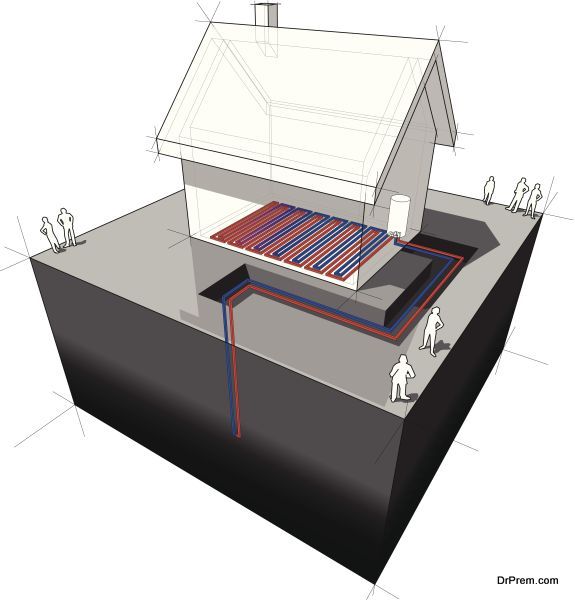 A closed loop of a 1 inch water filled HDPE, (high density polyethylene) pipe transfers the heat from the earth to the house. The pipes go underground via vertical wells which have diameter of 4-6 inches. The quantity of pipes depends on the size and site of the house. The pipes gang together in one header and bring lukewarm water through the walls of the basement. Drillers, then fill all the holes with grout (bentonite or new grouts which have been made using flyash), to enable maximum thermal conductivity.

You can retrofit a geothermal system in your home or upgrade your existing system to a geothermal one. The new system will function as a geothermal unit most of the time whereas the furnace can be used on extremely cold days. The payback on retrofits is between 12-15 years and for new installation, your payback period is much less – it could be anything between 3-6 years.

A geothermal unit controls the temperature of a home from the basement, working on the same principle as a refrigerator. The machine and buried pipes remove heat to and from the earth and house. It is generally wired to a circuit of 50 amps, and works without any vents or combustion. A geothermal cooling and heating unit does not have any danger of carbon monoxide poisoning.

Inside the house, pumps cycle the water via the pipe loop to the geothermal unit, which is both the air conditioner and the furnace. The unit uses temperate water from the underground pipes to heat the air of the house or to cool it. This air is circulated through ductwork. A unique device called the desuperheater can heat the hot water required for household uses without any extra cost. The result from a geothermal unit is the same as you get from a normal HVAC system.

In the ‘flash’ method, the geothermal water expands and releases gases to the atmosphere in the process of steam creation. These gases include CO2, hydrogen sulphide, nitrogen, hydrogen and ammonia, but the chemical characteristics of every site is different.

The groundwater contamination is the main concern of geothermal units, but it can be easily rectified.

Geothermal units installed in homes are efficient, economical and they reduce the use of energy. It’s a clean and green way of keeping residences heated and cooled as necessary.

Why is It So Important to Consider Transferring Your Website To A Green Hosting Company?