Cedar shingles are a new way of adding elegance to your home. In use since long, cedar shingles ensure that your home remains a favorite with friends and family alike. The golden color of cedar shingle fades to light grey with passing time. However, you need not to worry as this happens naturally owing to extremes of climate. 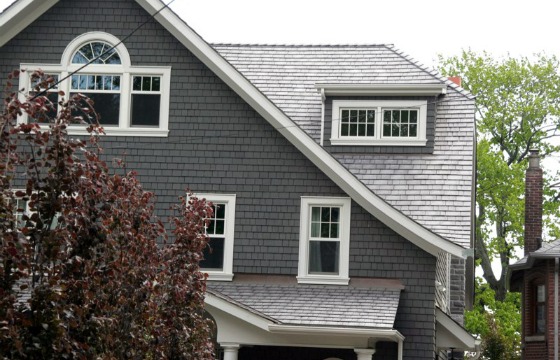 As the process of laying cedar shingles begins, wood sheathing is laid under the cedar shingle. This allows the units (cedar shingle) to integrate with roof. One by four inch is attached with weather exposed area of the shingle. A five and a half inch area of shingle is left unexposed.

Nails are used to fasten the cedar shingle to the sheathing underneath. Care should be taken that the nails are three by four inches from the edge and half to one inch above exposure line of cedar shingle. The joints between cedar shingles need to be one by four to three by eight inches wide.

1. You need to start from one end of the roof. Begin by laying a layer of roofing felt on bottom edge of roof. It is best, if the roofing felt is left hanging by one-fourth of an inch on the sides. The felt is to be stapled to the roof every few inches.

5. You need to continue to the top until only the top remains. The same process is to be repeated on the other side of the roof till the time you are able to install cedar shingle all the way down.

Avoid using any waterproof products while cleaning the cedar shingle roof. These block off the air and moisture routes and can cause serious damage to the shingle roofing.

Cedar shingle not only increase the esthetic appeal of your home but also ensure that it remains elegant and desirable for long.