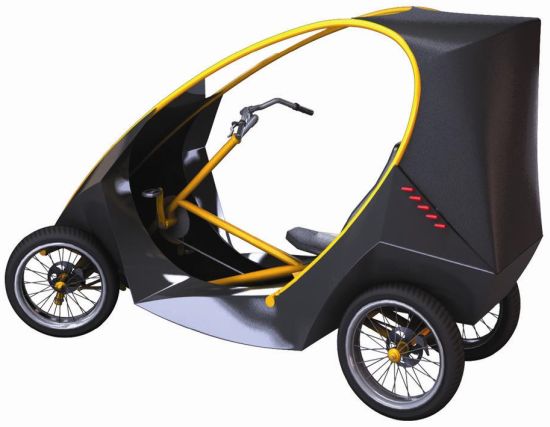 The rapidly increasing urban pollution is a problem which requires attention and demands cautiousness in every step we take. The Road Star-S seems to be an attempt to provide an answer to this problem. It’s a hybrid vehicle, powered by pedal power and an electric motor. In both ways, being a zero emission vehicle, it’s friendly towards the environment. Basically, the vehicle is meant for those who require a transportation medium for their routine rides like to their workplace or for ferrying children to school etc. 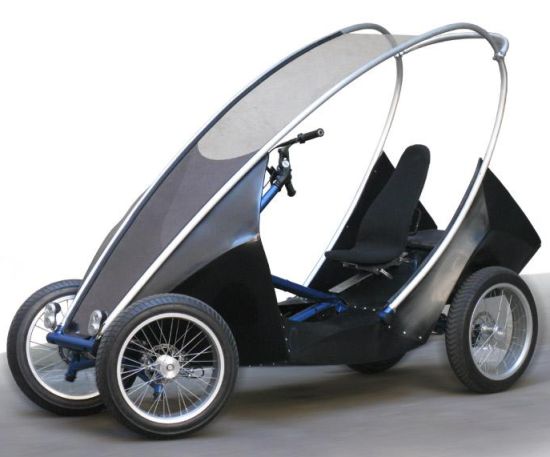 The engine of Road Star-S is placed in the between the pedals and the wheels, and dual human strength can be derived in order to gain more support. Other than human power, it is propelled by a 400 W electric motor which is supplied energy from a lithium polymer battery situated under the rear seat. Other than the driver, an extra passenger can be accommodated by expanding the folding seat behind the driver seat. 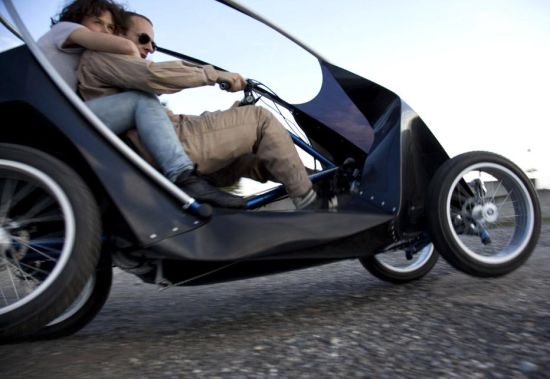 Its small dimensions of 80×240 cm make it less space consuming and can even be driven on bicycle paths. Further, this electric roadster doesn’t require any sort of license and is tax free in most of the European countries. 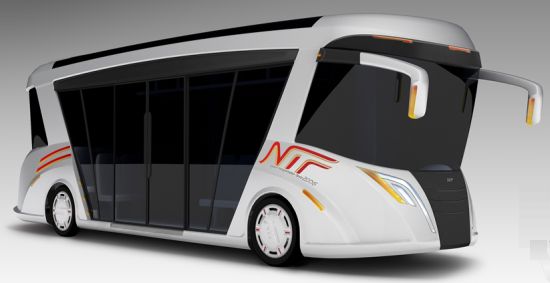 The increase in population means more need for transportation mediums, and that will result in a large number of cars and extra energy consumption. With the largest population, China must be the most worried country about the increasing need for energy sources. Along with emission problem, the traffic problem will make it more complex to deal with urban conditions. Therefore, Chinese cities are looking for some clean and high efficiency transportation mediums. The natural transportation force (NTF) concept design might provide some help in solving all problems discussed above. NFT borrows its design from the Chinese Gallery Bridge that will be a sort of mobile public place where people would be able to communicate and share their feelings with each other.

Even the headlamps shows glimpses of the writing style of Chinese fine handwriting. Through large windows, passengers can enjoy sightseeing. But the most important advantage of this bus is that it uses eco-friendly hydrogen fuel and electricity for power. The concept is designed for the urban environment of 2010 and may possibly arrive by its planned period.

The NTF is aquite interesting and an ethical concept. It will definitely be advantageous for the Chinese urban society if it ever came into existence. Furthermore, self-sufficiency can be enhanced by including PVs. 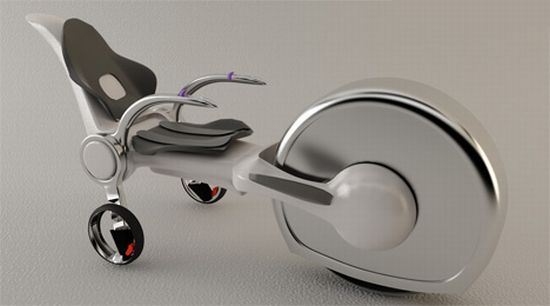 Like its name, Cherry, the concept is compact and portable. Hundreds of concept designs have flooded the market with foldable and compact features. However, the possibility of touching real roads seems very hard for most of them. Cherry is also foldable and eco-friendly as well. Powered by a zero emission electric motor with a plug-in battery, it might become the next-gen transportation medium. The battery is integrated with a padded seat that keeps it hidden. The direction controller is similar to that of a motorcycle and can be controlled by leaning.

To reduce the space and size, the whole engine is located inside the front wheel. You can also customize it with adjustable driving positions. The brakes lie below the rest provided for your arms. Well, the concept looks cool, but designer Alican Yilmaz should consider the design again. It doesn’t looks adorable.

Some parts, like the wheel cover, include plastic that is no doubt hard on the environment. Moreover, information about the speed, battery back-up and electricity required for operation is not defined. 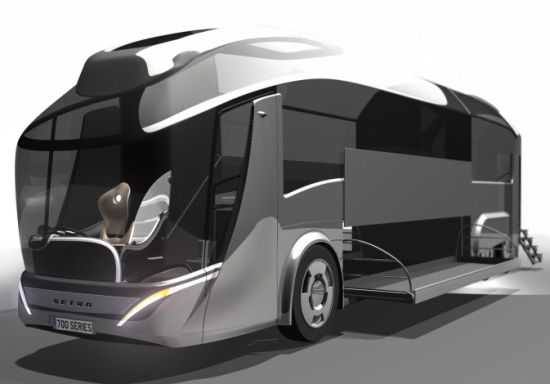 British designer Peter Spriggs has come up with a concept vehicle that is friendly to disabled people along with being equally friendly to the environment. The Setra 700 Series vehicle is powered by a 225kw zero emission electric motor producing 400bhp and 600ft/lb (800nm) of torque placed between rear axles in its tri-axle setup. The Lithium-Ion batteries are mounted low down under the luggage compartment, which helps in constant weight distribution.

While the electric motor is a larger version of the one currently being used in the Honda Clarity, this motor had a gearbox mounted to the back of it, and with some changes could be altered so the ratios suit coaches. This motor generates 130hp, which could increase to 400hp by increasing the size, coils and magnetic strength. 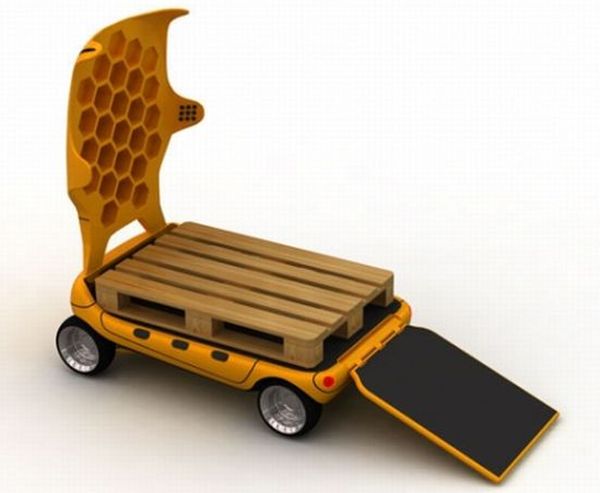 For the future urban environment where traffic is going to be a headache, the “Mobi-Cell” will provide a simple solution for transporting goods. Many small automated vehicles will be used as an integrated system to transport goods while using other public transportation systems such as the tube, city trains and public lifts. The electric engine will provide the necessary power to move and will recharge itself on reaching logistics centers or wherever it is intended to deliver goods.
The Mobi-Cell is compatible even with the present city structures and can effectively operate without much change in design or mechanism. Along with providing zero emission transportation, it can reduce traffic problems due to its small and compact size.

The concept is limited to the transportation of small goods only. It can’t replace big trucks and lorries when it comes to carrying heavy and large objects. 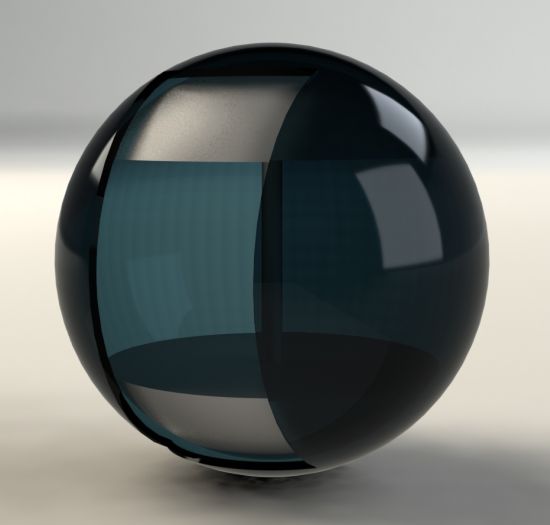 Working to design a green transportation system of the future that goes through main buildings and malls as well as commute ports in the city, industrial designer Nadiya Paramayuda has come up with the Vacuum Pod concept that carries a glass tube and a glass pod that are designed for maximum visibility and pleasure for sophisticated passengers who need a bit of relaxed and pleasuring atmosphere during hectic work hours.

The technology used would be maglev (magnetic and gravitational force field) between the steel pod and the glass pod (which has steel resin particles in the mixture glass material) that consistently results in stagnant and steady placement for passengers.

The glass pod, on the other hand, would rotate as a result of the power of vacuum (pneumatic tube technology) using the glass tube as the passage for the pod. The pod itself may carry up to eight people only to avoid the sense of overcrowding of passengers as well as the oversized pod design.

A maglev application would be installed on both the top and bottom of the steel pod. Its handle pole would be working as a neutralizer. This would reinforce the magnetic force effects for the well-being of the passengers.