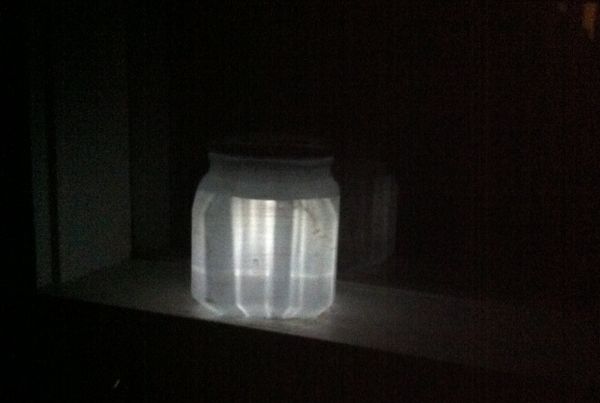 Didn’t you ever wish you could store moonlight or sunlight in a jar? Sounds absurd? Maybe, but that wish can be fulfilled by acquiring a Moon Jar or Sun Jar. The same way you store jam in a jam jar, these moon and sun jars store sunlight. Inside the jar is a very efficient solar cell, a low energy LED and a rechargeable battery. The moon jars give out a calm blue light whereas the sun jars glow with a warm yellow light. They can be placed under direct sunlight which will create an electrical current to charge the battery. The energy can then be used at night to power the LED inside the jar. 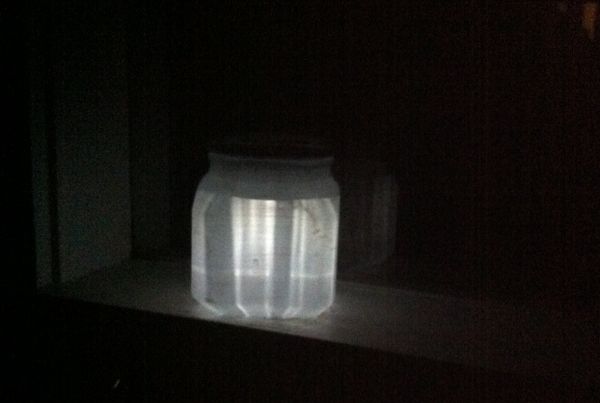 The light is subtle because of the frosted glass which gives the illusion of sunlight or moonlight filtering through. The jars have no switches or controls. However, there is a light sensor that automatically switches the LEDs on when the power goes off or when it gets dark.

Moon jars are not just beautiful but are water tight as well so they can be left outside come rain or shine. The jars make great garden lights or can be used as night lights for a kid’s bedroom. And, rather than shelling out $20 for it, you can make one yourself as the materials are easy to find and the construction is simple.

The components and tools required are an Ikea glass jar or SLOM, solar garden light, rechargeable battery (AA size), tracing paper, blu-tack, utility knife, glass frosting spray and a screwdriver. You can start by ripping out the insides of the solar garden light using a utility knife and placing the solar garden light inside with the help of a blu-tack to bind it together. Get creative with glass frosting spray or if you can’t be bothered with too much work, use a bit of tracing paper and place it inside the jar. Close the lid, place the jar outside under the sun and you’re done.

Tips to conserve heat in winters