Scientists have observed that the incidences of severe wildfires as well as their duration have increased. They have also predicted that these wildfires will increase even more in the future. There are many reasons, which contribute to the size, intensity and duration of wildfires. However, climate change and ocean temperatures are some of the chief causes of increase in wildfires. Wildfires have a great impact on water flow systems. According to a new study, it has been discovered that huge wildfires cause an increase in the river flow, which can last for decades. In short – wildfires boost water flow 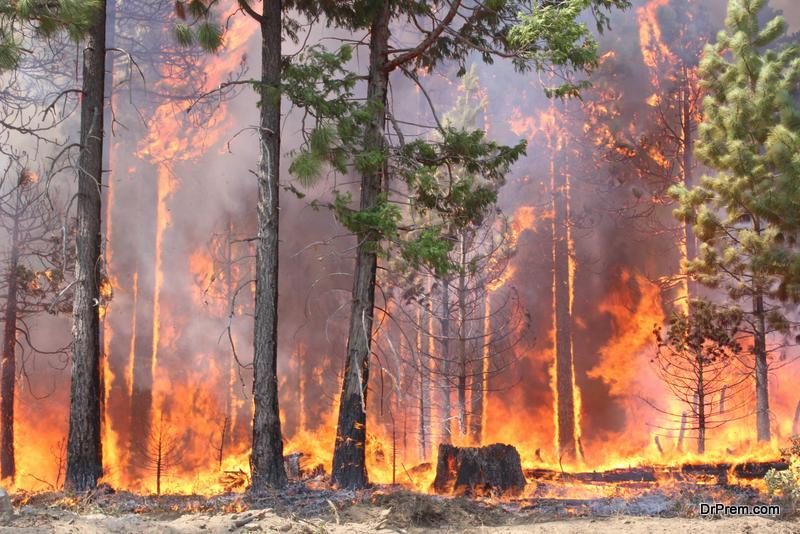 Oregon State University or OSU researchers have found an increase in the river flow due to wildfires. What ’s more, the water flow increase will last for many years, perhaps even decades. The positive impact of wildfires on water flow may make wildfires a mixed blessing for those living in wildfire prone areas. The study will provide valuable data, which could be used by water resource management scientists.

Results of the study 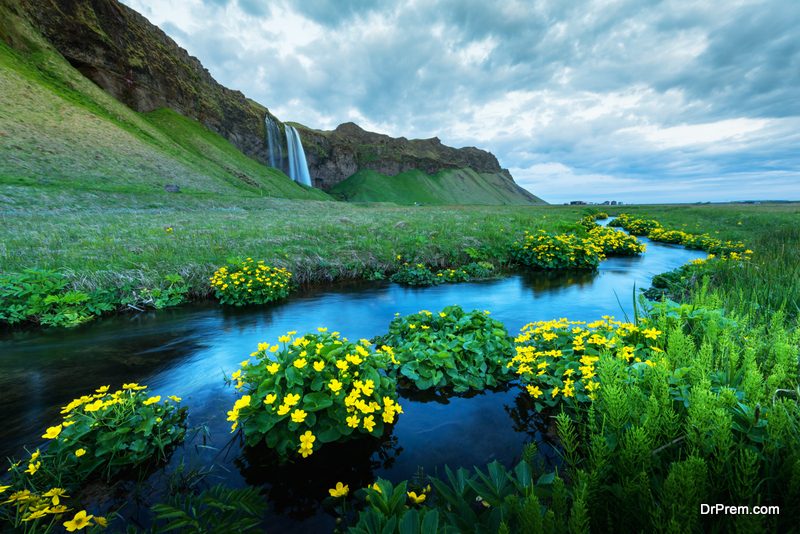 The scientists analyzed a large amount of data spread over 30 years – data regarding climate, wildfires as well as river flow in and around 168 river basins, situated in many different parts of the United States. Their study threw up a surprising result – wildfires boost water flow!

They observed that this happened when over 19% of forest had burned down. The research revealed that prescribed burns, on the other hand, do not alter river flow significantly, but they can also be used to create resilient forests without impacting water flow in a negative manner.

According to the study’s co-author Kevin Bladon, the impact of wildfires on water flow had not been studied at such a large scale before this. Wildfires had also not been factored in water management strategy at a regional scale.

The phenomenon in which wildfires boost water flow has been noticed most in the Western part of United States, where the climate is warm to humid. In spite of frequent droughts in the semi-desert Colorado, this region showed the most wildfire induced water supply increase in rivers. Another point to ponder on is that the amount of money spent in suppressing wildfires could be used to improve water management strategies.

The effects of fires do not end with the end of smoke from the fires. That’s when the wildfire’s impact on the ecosystem and water begins. More than 2/3rd’s of the municipal water system in United States derive drinking water from forests. When forests are burnt down in large fires, the drinking water yields too are affected. As the incidences of wildfires or large fires increase, it is important to know more about the relation of the global impact of wildfires and water supply.

The quality of water after wildfires 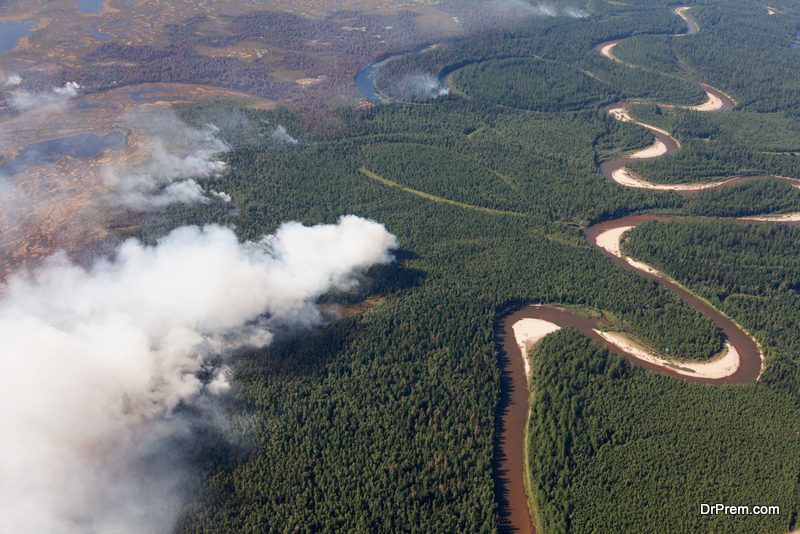 The study suggests that wildfires boost water flow, but what about the quality of water from forests, which have been burnt down? In the southwestern part of United States, more than half the water supply is derived from forests. Wildfires and water supply are closely related, since after a wildfire the high quality water from forests, is contaminated by the ash as well as soil erosion and flooding.

Wildfires compromise the water quality both while active burning and even after it has been put out, for years altogether. Storms that usually follow wildfires have been known to degrade the water supply of the area. Burnt down forests are prone to higher erosion rates, which increase the accumulation of sediment (downstream), in reservoirs, rivers and streams.

Therefore, though wildfires boost water flow, they have an effect on the quality and quantity of runoff. The degree of the effect of wildfires on watersheds depends on many factors, including wildfire intensity, watershed topography, local ecology and precipitation post wildfire. Further studies using state-of-the-art satellite imagery and water quality, sediment and flow data can help to aid and improve fire forecasting and thus improve fire management. 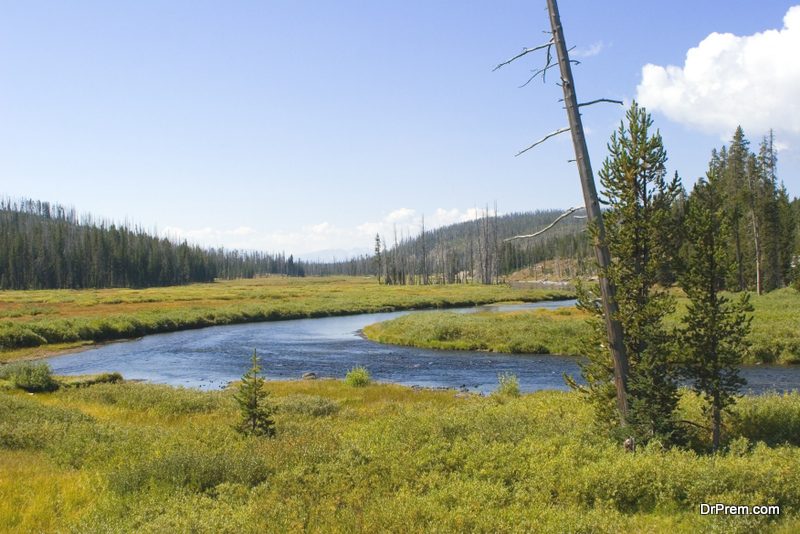 The uncertainty of wildfires makes it difficult for authorities to put in place effective water treatment strategies. The intensity of rainfall after wildfires moves a huge amount of suspended as well as dissolved sediment into water supply streams.

The increased sedimentation in reservoirs leads to less water being stored in them. This leads to the lifetime of the reservoir being shortened, and increases the maintenance cost as well. Apart from soil, the downstream water is polluted by metals, dissolved organic carbon and major ions, which can be quite unhealthy for humans.

What the future holds 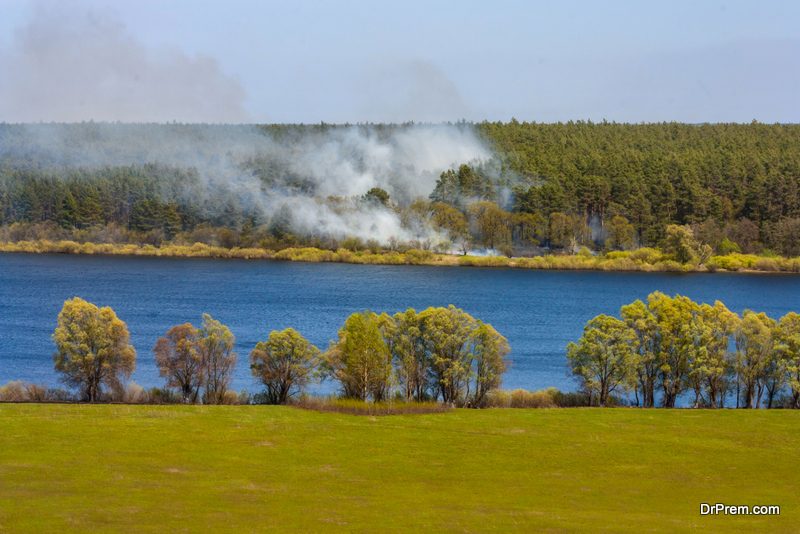 Scientists have now come to the conclusion that the incidences of wildfires are likely to increase in the future due to climate change. This means that by the year 2050, the quantity of sediment in approximately 1/3rd reservoirs might double. This data should actually spur communities and decision makers to find out whether their drinking water supply sources would be affected, and take the proper measures in time. Authorities should take the increased sedimentation fears seriously and take steps to conserve water in ways which it can be kept pristine and pure.

Another effect of wildfires is that the fire makes the soil surface harden, which prevents rainwater from being absorbed by the soil. Apart from potable water being contaminated, the effect on the ecosystem is drastic too. Aquatic life, for example frogs and fish which live in the affected waterways near wildfires is also endangered.

How to deal with wildfires and their aftermath is a complicated affair. Though the recent study indicates that wildfires can be a blessing in disguise, as the findings indicate that wildfires boost water flow, but it is also true that water quality is compromised due to wildfires. The latest study results can help to turn wildfires into an advantage rather than a disadvantage.