Did you know that public transportation isn’t just pocket-friendly, it is eco-friendly as well? In fact, in the cities suffering from hyper congestion, it is fast on top of it.  However, there are a lot of people who don’t prefer public transportation just because of its bad reputation for being too uncomfortable a way to travel. Therefore, if by bringing futuristic vehicles into the mix, we clean this image, then that would be very beneficial for both the people and the environment. Let’s take a look at some buses like Biway all-electric bus that aim to do the same. 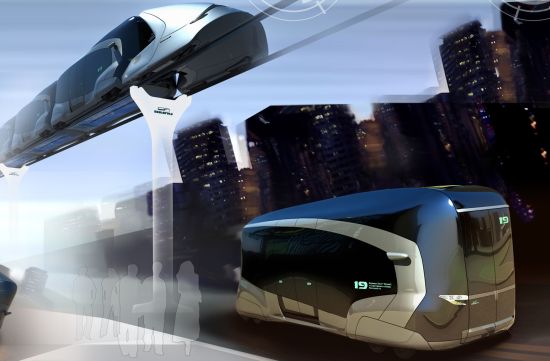 Public transport is definitely a greener alternative to personal rides. However, buses aren’t ecologically sound and trains cannot be made to ply on all routes. Industrial designers Aleshina Ekaterina and Kamyshev Vitaly are seeking answers in a system. These are supposed to be essentially is a combination of bus and train transport. 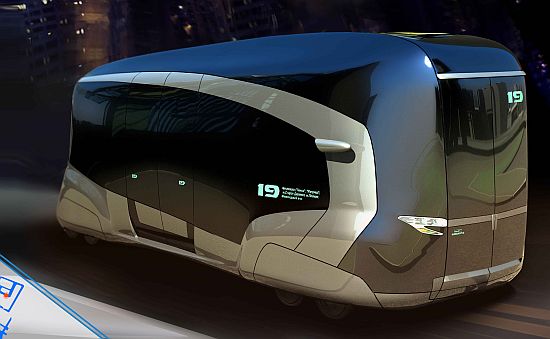 The concept, christened Biway, features all-electric buses with smaller batteries onboard. When plying on small streets the Biway behaves just like an electric bus. Nevertheless, it can soon link with other Biways and behave like a train traveling on a specially designed fiber freeway. The fiber freeway is to be built using very little resources, is lightweight and doesn’t block the skyline. 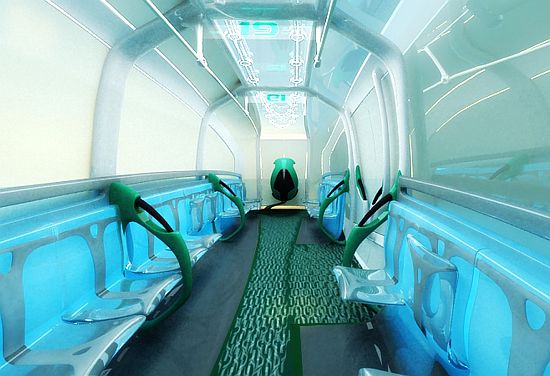 When on the fiber freeway the Biway recharges its onboard battery. Passengers will also be able to switch the buses moving from one bus to another which saves valuable time. 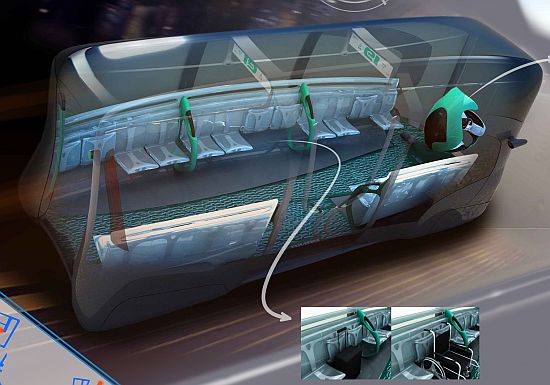 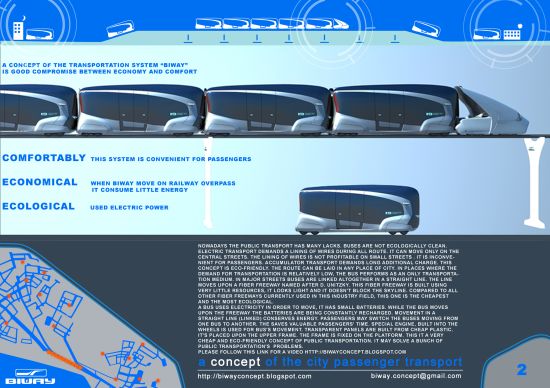 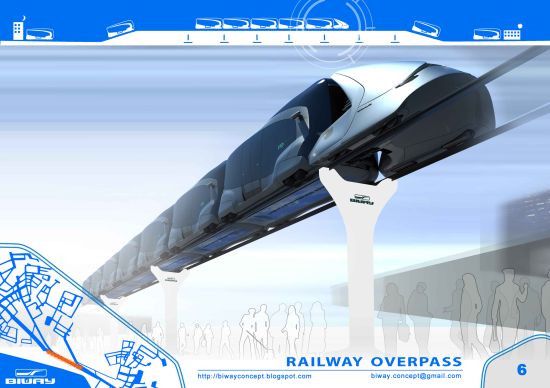 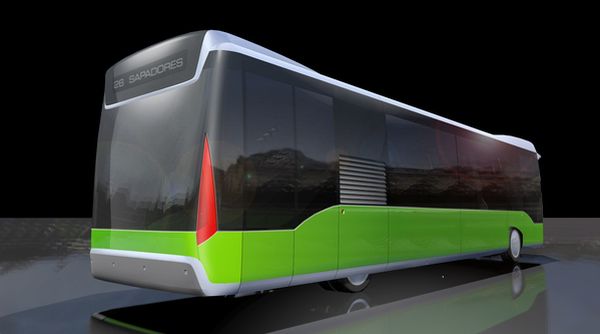 Having green transportation is a necessity in today’s world. There are many auto companies that are trying to develop vehicles that emit lesser emission and are environmentally safe too. RE-THINK, a modular electric bus concept from designer José Vicente, is meant for the European cities and towns.

The bus concept has been designed for rural areas as well as metro cities. It can be powered by both the electric power and fuel cell, which makes the concept more affordable and clean. The entrance and exits of the bus are clear and wide, and permits smooth flow of passengers. Two different width bodies can be fitted over a single bus chassis; one 2000 mm for (A) and 2500 mm for (B).

The bus has been designed and integrated with optimally utilized space. The driver sits at one end of the entrance and the other is left open for passenger entrance. The bus also uses modular cabin units that can be assembled at the operator facilities allowing customization of the number of seats or any other configuration. 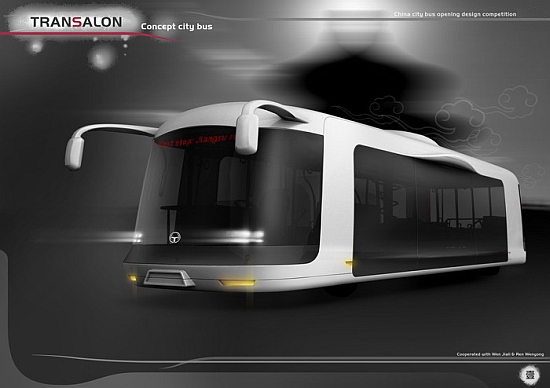 Being the world leader in population and the fastest emerging market in the world, China needs fast and green transportation facilities that could carry much more that what normal facilities are designed for. Therefore, Industrial designer Xiao-Fang Shen has designed a green ride for the urban population of China. Transalon, as the bus has been named, runs on clean electricity.

Furthermore, the glass body and a roof mounted AC unit do promise a cool and a scenic ride all through. The interiors too have been designed by keeping the population of the place in mind. Ample space has been designed for people who’ll have to stand once all the seats have been booked. An LED display shows information regarding the next stop and weather outside.

The technology used in the bus that includes AC units, electronic driving controls and LED displays to name a few will all use lots of electricity. Since the bus itself is designed to run on electricity, it would be considered an energy-efficient transportation system. 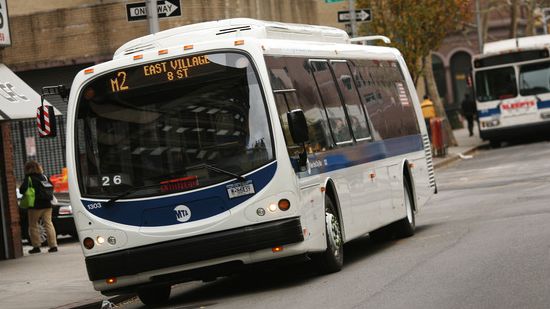 The latest addition to New York’s formidable bus fleet is an ultra-quiet zero-emission turbine hybrid knows as the DesignLine. The bus is being touted to be as quiet as a tomb, and is fueled by a spinning turbine that recharges an onboard Li-ion battery pack.

In this, the first phase has involved the launch of three of these hybrid buses that are operating in Brooklyn and Manhattan and cost $559,000 each. Moreover, if the pilot project is approved, 87 more will arrive by the end of 2010 as a part of a $60 million contract with DesignLine.

The zero-emission buses feature 37 seats and a brightly lit interior that makes use of LED panels. The buses are also equipped with a regenerative braking system that tops up the batteries every time the driver hits the brakes. 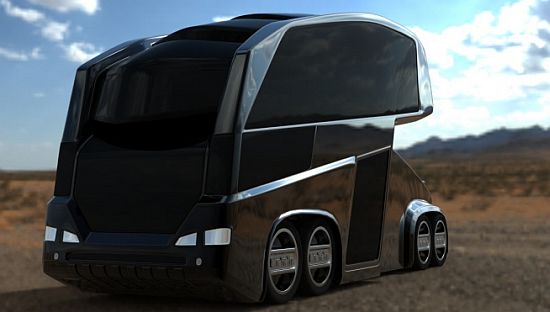 Buses are undoubtedly one of the greenest ways to reduce your carbon footprint, not to mention the money one save by using public transportion instead of your luxurious ride. Buses have come a long way, since they’re only considered a feasible transport for the not-so-rich in society. Designers are working hard to modernize these huge machines to make them fit for everybody. Mohammad Ghezel is another designer who has put his skills to design next-gen buses that not only look better than most cars on the road today, but also are a much cleaner way to commute.

The designer has unveiled a stunning new concept called the Electronic Bionic Insect Bus, which according to its name has been inspired by insects. In fact, the bus is powered entirely by electricity, some of which is generated by its photovoltaic-embedded roof. Moreover, the eight separated wheels come with in-wheel electric motors that are fueled by a battery pack lying at an undisclosed location within the bus. The bus has two side doors that too are inspired by butterfly wings and a wicked black shine finish to make it a complete insect, a beautiful one nonetheless. 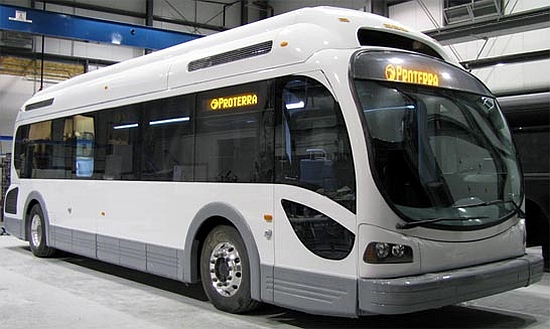 The era where an electric, zero-emission drive was thought to be powerless and sluggish is over. In fact, UQM Technologies Inc. has announced that an all-electric version of the 35-foot Proterra FCBE 35 transit bus, which is powered by a UQM® PowerPhase® 150 electric propulsion system has achieved over 20mpg in fuel economy equivalency in tests conducted by Pennsylvania Transportation Institute at Pennsylvania State University.

The best feature of the bus isn’t that it offers a clean and zero-emission transit option for the masses, but it actually is the fact that the bus can be completely recharged in less than 20 minutes. The EcoRide Transit bus seats 37 passengers and features a lightweight body for better efficiency. Furthermore, the company claims that the battery pack, which the bus is equipped with, produces a peak torque of 650Nm and peak power of 150KW (201hp). The system also features a highly-efficient regenerative braking mechanism with harnesses over 90% of the vehicle’s kinetic energy to fuel its batteries on the move.