Amritsar, Punjab is soon to get a makeover to become an eco-friendly city under a new project initiated by a centre of Sikh Pilgrimage in Amritsar, as told by an environmentalist. The said project named as ‘EcoAmritsar’, is a brain child of ‘EcoSikh’, the movement started by the Sikh community to diminish the effects of human deeds over the environment and to protect the natural resources.

Ecosikh, the movement initiated in 2009 jointly by the America’s Sikh Council of Religion and Education, United Nations Develeopment Program and Britain’s Alliance of Religion and Conservation is the main originator of this EcoAmritsar movement.

EcoAmritsar is the project that would give the opportunity to preserve the food resources, air and water within the city. Ravneet Pal Singh, EcoSikh Manager India said “The project ‘EcoAmritsar’ has been planned with a fixed agenda to give the people of Amritsar a city that is eco-friendly and well-maintained.” He also assures that the entire green brigade will be over in coming five years. 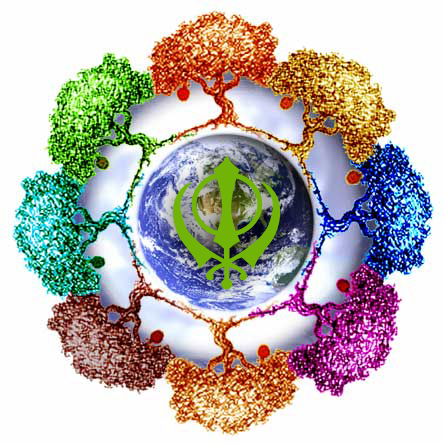 The six-points (not disclosed) are the striking features of this green project and to complete the agenda, EcoSikh has invited stakeholders and community is even working mutually with the malls, hospitals, schools, NGO’s , hotels and religious places like temples, churches and mosques. The management of all these public places has been involved in the activities including in the schema of the EcoAmritsar project.

Ravneet Pal Singh also said “Currently we are working with stakeholders as the owners of the small projects, but very soon we’ll set up a panel to undertake some crucial steps in order to make the city sustainable by the end of the year 2017.”

Chairman of World Wide Fund for Nature and EcoAmritsar Mr. Gunbir Singh said that this green movement is lucky enough and people are coming forward on their own to contribute for the cleanliness of the city.

Amritsar is world famous as one of the most ancient sikh pilgrim hubs, the Golden Temple hence it is the duty of the inhabitants of the city to keep the place upheld for the devotees who visit the temple. One of the main motives of the EcoAmritsar move is to make all the procedures including transportation, accommodation and other activities related to the pilgrim visit more sustainable. 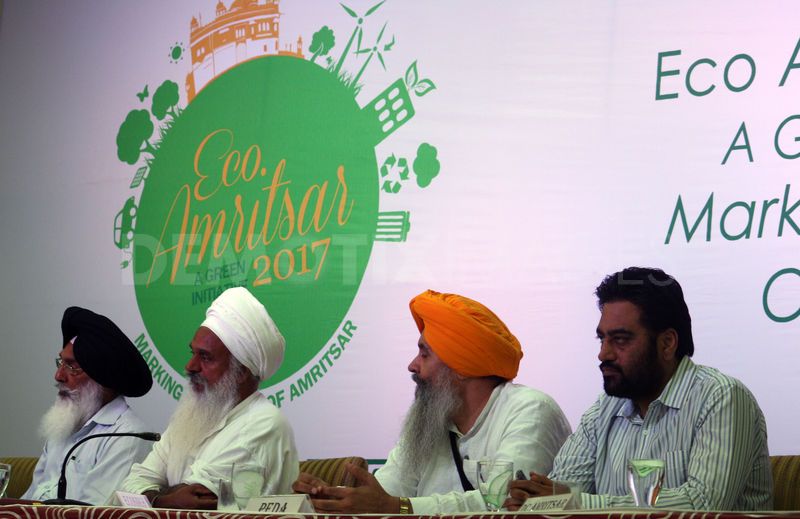 The officials of EcoSikh and EcoAmritsar are hoping to make the city greener and cleaner at the 440th Birthday of Amritsar impending in the year 2017.

EcoSikh and EcoAmritsar management along with the other participants from the Sikh pilgrims across the globe have announced the green drive at the Indian places and the officials also shared their views and experiences with their fellow participants. They made a strong appeal to the people present at the event in Hyderabad to contribute wholeheartedly to the worldwide network of Green Pilgrimage.

The Green Pilgrimage Network has been started by the SGPC (Shiromani Gurdwara Parbandhak Committee), the panel that administers the Golden Temple, Amritsar, Punjab.

Like Amritsar, Nanded is also a historical pilgrim city in Maharashtra. This city is also one of the targeted places to be made clean and green under the supervision of EcoSikh.

Eco-friendly cities are indeed required all the over the India and even in countries across the globe hence not only the Sikh community, but the entire humanity should take initiative to make this happen.

Islamabad to be turned into a model green city