We generate 1.3 billion tonnes of food waste every year, which is about 40 percent of the food we generate. This percentage is particularly high in the so-called developed countries like the US and Switzerland.  On the other hand, the world is fast approaching a fuel crisis. Therefore, apart from trying our best to recycle food waste, we should also develop facilities to convert this food into biofuel.  In fact, with the fear of natural fuel supply dwindling, the world is moving toward adopting greener options of energy. Research is going on to develop vehicles which run on biofuel. But, have you ever thought that vehicles could run on food waste?

Here are a few vehicles that run on food waste. 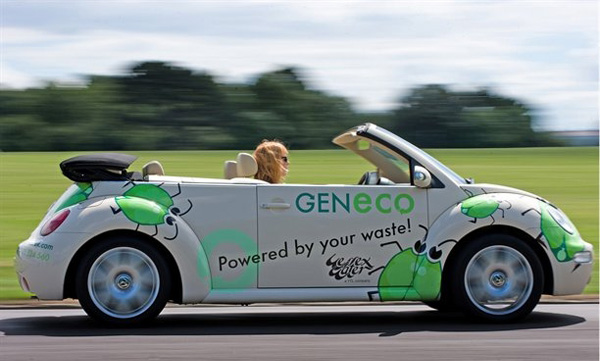 The decomposition of human waste produces methane, which is used to power the Volkswagen Beetle Bio-Bug. The car starts out on unleaded gasoline and automatically switches to methane when the engine gets warm enough. For the car to run for 10 000 miles, the equivalent of one motoring year, all it requires is the excreta from seventy homes. The VW Beetle can run at a top speed of 114 mph on methane, which is not less than its performance on gasoline, making it a green vehicle.

Here’s another vehicle that gets the “green” label as it runs on biomethane from human waste. It took a year to build this truck that will be fuelled by biomethane produced at Swedish International biogas plant. Initial test-drives by a team from Kettering University gave encouraging performance data. 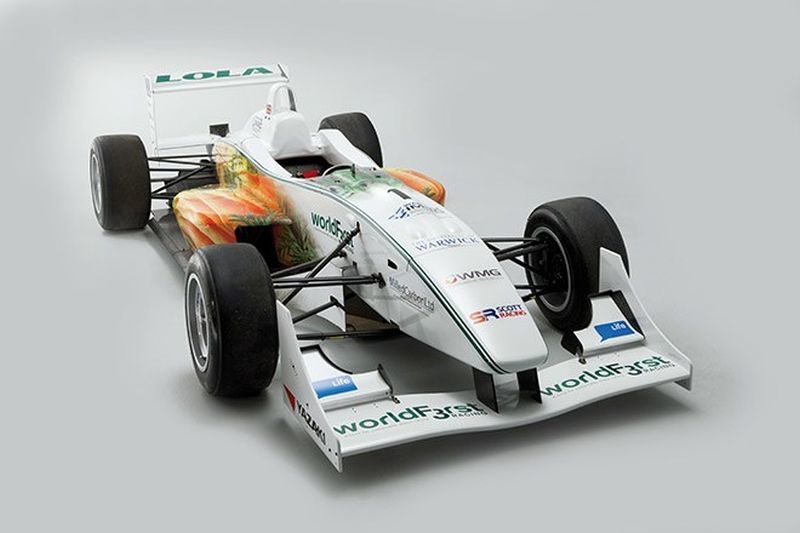 If regular cars can go green, why not race cars too. A team from Britain created this Formula 3 race car that will run on vegetable oil and waste chocolate. What’s more, the body of the car will be made from recycled carbon fibre, old plastic bottles, and organic materials. The car’s turbocharged engine will use biodiesel and biodegradable lubricants.

You may be gobsmacked to know that this race car is not only powered by green fuel, but some of its parts are made of edible material. The steering wheel is partly made of carrot pulp and its engine runs on chocolate biodiesel. Tests have shown that the car can reach 60 miles per hour in 2.5 seconds and drive wheel-to-wheel with other conventional F3 cars. 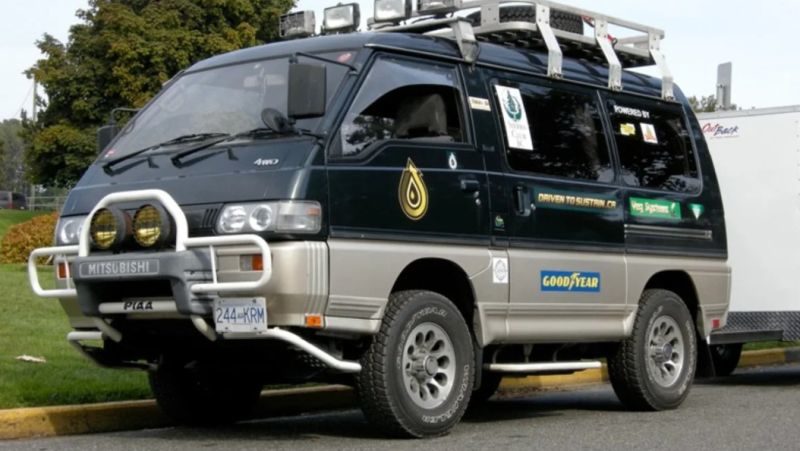 Two Canadian environmentalists created a new Guinness World Record for the ‘longest journey by a car using alternative fuel’ travelling at 45 000 km across the US in a vehicle that runs on waste vegetable oil. The vehicle was a Mitsubishi Delica, powered by a 2.5 litre turbodiesel engine.

These heavy-duty, low-emission buses are powered by ethanol generated from waste timber. Unlike countries like the US and Brazil who generate ethanol from corn, sugarcane, and other food crops, Sweden is proud of this technology that uses waste timber, ensuring that food supply is not affected. What’s most interesting is that these buses emit 90% less carbon dioxide than conventional diesel-fuelled buses. 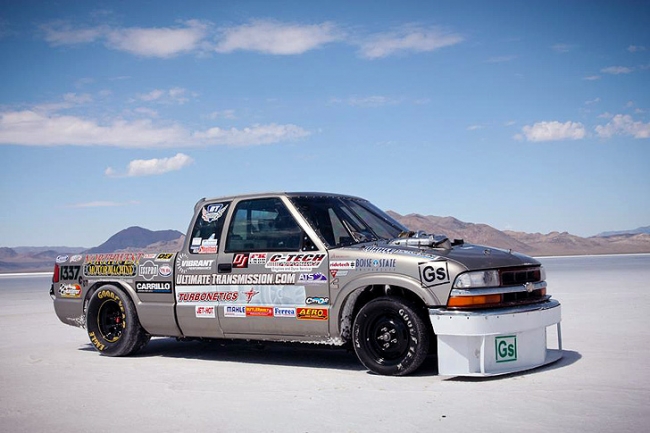 Designed by a team of Boise University students, Greenspeed pickup truck is a biofuel based vehicle, which has broken the world’s biofuel land speed records. It can move at the maximum speed of 155mph, on a cottonseed/ sunflower oil blend. The students converted a 1998 Chevrolet S-10 and preserved its exterior aesthetics. The engine was converted into a 5.9 liter turbocharged Cummins straight six diesel engine. The students are now planning to speed up the vehicle up to 215mph and replace the cottonseed/sunflower blend with high performing canola oil.

Every household and restaurant discards loads of waste vegetable oil every month. Grease cars utilize this waste and are proud of giving the same mileage as regular diesel cars. Emission tests have shown that grease cars emit less toxins when compared to their conventional counterparts making it a green vehicle. 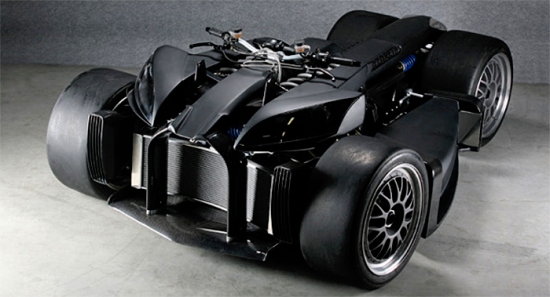 Lazareth Wazuma is a one of its kind bio fuel based racing vehicle, developed by Lazareth. It features a BMW V12 engine running on E85 bio ethanol. The use of bio ethanol is not only more eco friendly, it also provides a higher compression ratio. The 500 horsepower produced by the engine is sufficient for a high speed ride on a race court.

Here’s another truck powered by biodiesel from chocolate waste. The aim of building this truck was to promote the use of recycled waste instead of diverting precious food crops to manufacture the biofuel. 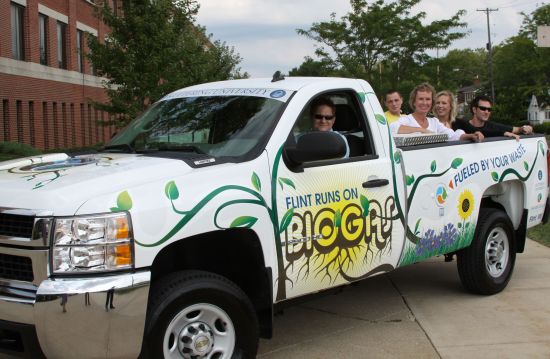 A team of biofuel enthusiasts from Kettering University have developed this unique pickup truck, which runs on biomethane. The biomethane for this vehicle will be produced at the Swedish Biogas International plant in California. The pickup truck can run both on biofuel and gasoline. It releases cleaner emission as compared to existing vehicles. The developers believe that the new vehicle can be an alternative worth emulating for converting public transport vehicles into environment friendly vehicles.

Called the ‘car-puccino’, Jem Stansfield designed the car that is powered by used coffee grounds. The car uses coffee equivalent to about 11 000 espressos to complete the 150 mile trip between London and Manchester. The boot of the car houses a furnace where flammable vapors are generated from the roasted grounds. These vapors fuel the engine.The car was reported to have reached a speed of 70 mph. 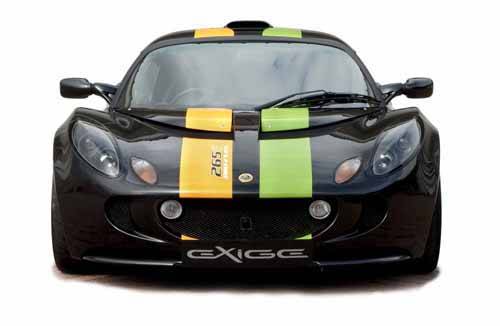 Biofuel is not only environment friendly, but it has the ability of producing more power as compared to the conventional petrol/gasoline fuel. The latest Lotus Exige 265E is the most significant example of this. The new car is not only the fastest ever Lotus Exige sports vehicle, but powered by a biofuel blend for energy. Lotus engineering has produced a bio ethanol E 85 version for this version of the vehicle. The engine powers the car to accelerate from 0 to 60mph in 3.88 seconds and can attain a top speed of 158mph. The company has already tested the vehicle and now plans to upgrade its calibrations to a flex fuel spec so that it can be initially used with gasoline. 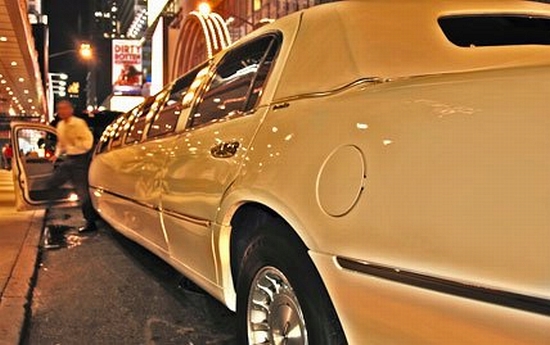 The world’s most important climate change conference will see the likes of Gordon Brown and Barack Obama being ferried in luxurious limousines propelled by a unique biofuel generated from plant waste. The next-gen biofuel isn’t made from crops like corn-based ethanol is, rather it uses plant waste and the rest of the crop goes for consumption as food or other much important uses.

The biofuel should soon be in commercial production, but for now the Danish foreign ministry has agreed to buy 3,000 liters of biofuel from four Nordic companies that will produce it from plant waste at an experimental facility. Other than making use of plant waste, rather than the plant itself, this next-gen biofuel reduces carbon emissions more than the first-gen biofuels in use today. The organizers believe that this unique biofuel will reduce the car’s emissions by as much as 85%.