14 – Electric cars made at home by eco individuals 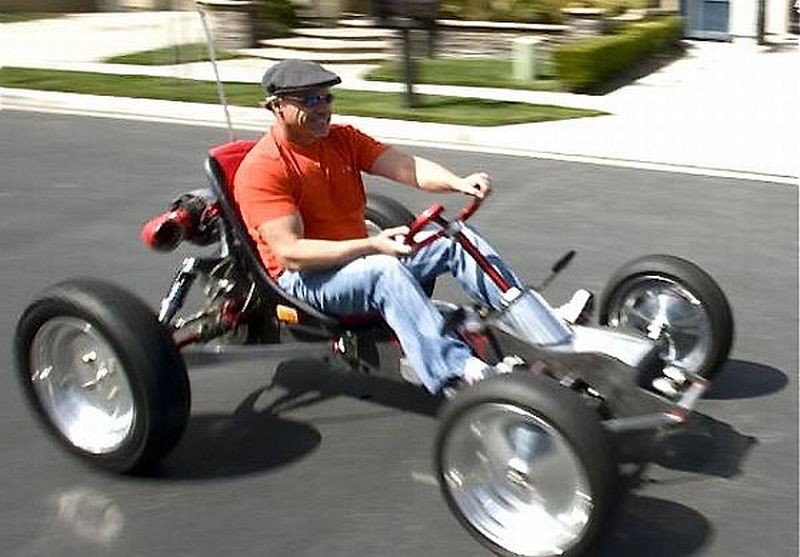 Even amongst eco individuals, there are two types. First, those who care about the environment, but do nothing for it. Second, those who not only live an eco-friendly lifestyle but also through their profession or hobby bring something to the table. This article is about 14 such people and their homemade electric cars. These are the eco-conscious entrepreneurs who couldn’t find what they were looking for in the market. Therefore, they made their own version of future cars. 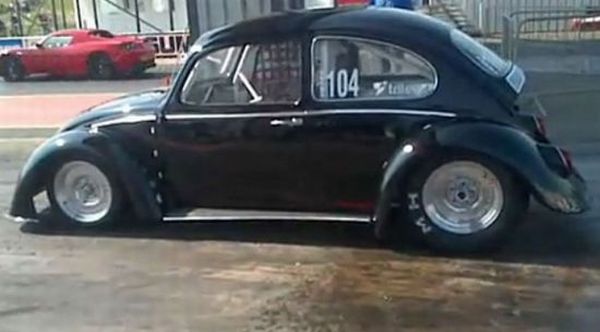 The Young brothers, Olly and Sam, have spent the last six years in converting a run-down Beetle into one that runs on the zero emission electric drive. Their innovation is named Black Current III and runs on 60 12V batteries and two forklift truck motors. 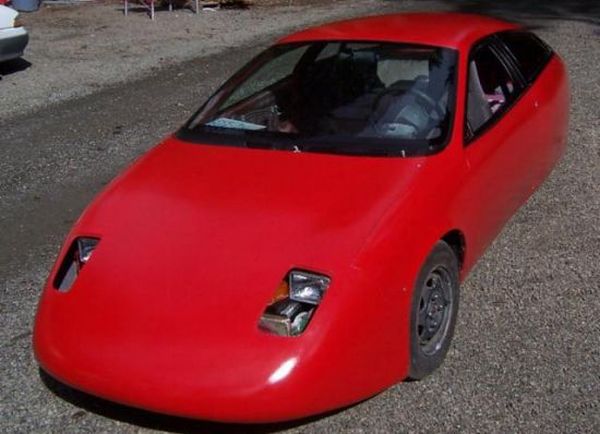 David Cloud has been an innovator who has a flair for eco-conscience. He spent nearly $3000 in making a 1997 Geo Metro compatible to run on old lead acid batteries alone.

3. Z-Kart: An electric car made at home by California man 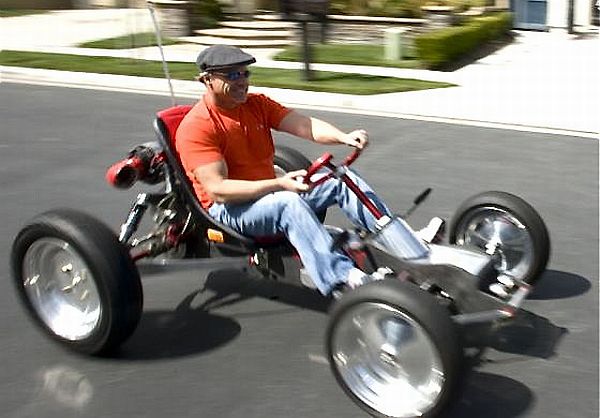 His creation resembles a buggy more than a car. George Fortin calls it the Z-cart. It may not be extremely safe or travel long distances as modern cars. But Fortin has succeeded where most car manufacturers have failed in making a viable electric car. 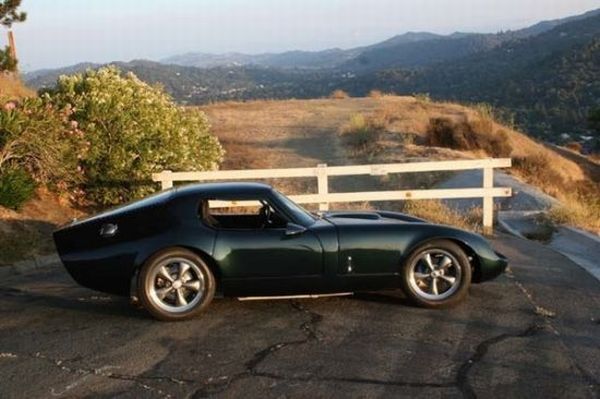 Named after the prehistoric predator, the Raptor was developed after nearly 2000 hours of painstaking effort. It runs 80 miles on a single charge and can attain a 60 mph in just 8 seconds. It can reach a top speed of 100 mph. Its operating mechanism is based on 290 nickel-hydride batteries and a three-phase AC induction motor. 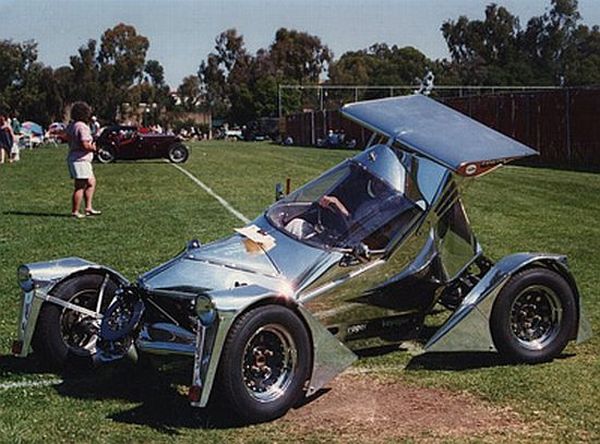 This is as economical as it gets. Imagine an electric car for just $500. B.O.B. (an acronym for Balanced-over-batteries) car has been created by Robert Lange, who is a retired auto mechanic. The vehicle gets its name from the batteries which are placed just below the cockpit. 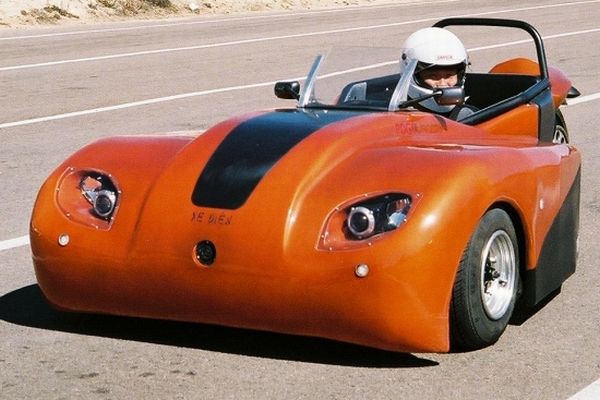 The eco-friendly wave is not restricted to developing countries alone. Minh Duong is a Vietnamese who has designed a three wheeled electric car named Xe Điện. Its range may be limited as of now, but can be upgraded to reach better speeds. 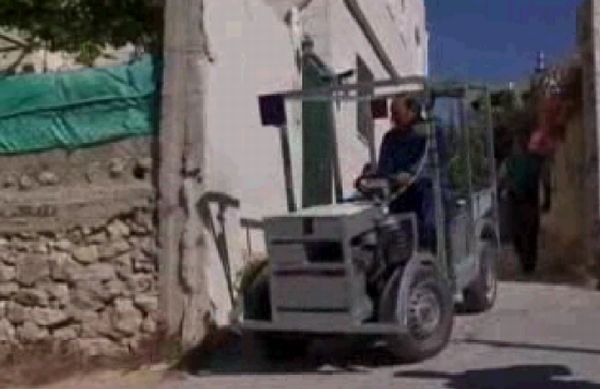 Electric cars can be a boon for people with disabilities. This was the byword used by a 64-year-old Palestinian who made his own homemade version of an electric car to avoid his dependence on cructhes. It runs on 20hp and can reach speeds of 78 mph. He is willing to share his invention with the government for the mutual benefit of his fellow people. 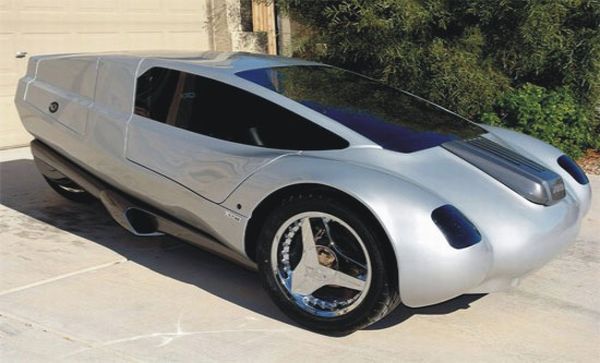 Now you can build your own cross breed car. Robert Q. Riley design company in Glendale, Arizona has offered customised solutions for car owners. Their car is called XR3 and can be a whole lot of fun for car lovers who are interested in their own designing for their car. It will be an electric and diesel hybrid, which vows to bring down the carbon footprint. The custom made coupe comes smothered in eco friendliness and will deliver 225 miles per gallon.

9. DIY: Build your own electric sail car powered by the wind! 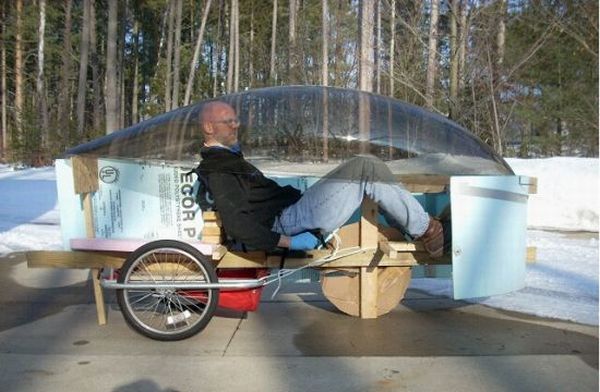 This car is a unique confluence of three energy sources. It can use wind energy, electric power or be self propelled if the situation so demands. It does not get any more eco-friendly than this. The design can just accommodate one person and is capable of moving at a top speed of 30 mph. It will lend necessary protection from rain, wind, dust and harsh sun rays, which is worth praising. 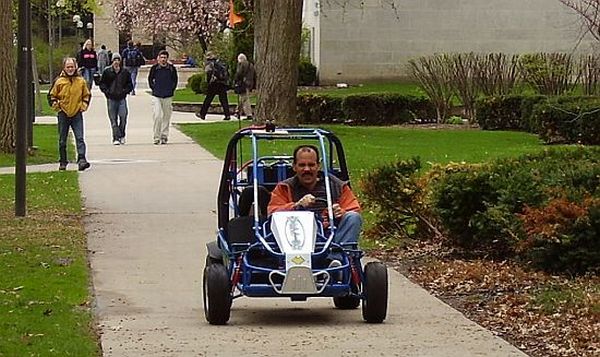 Micro Electric Urban Vehicle is not only an eco friendly ride, but is a street legal ride too. The staggering creation is a brainchild of students from Bradley University’s Electric and Computer Engineering Department. The two seater will fetch all the power from an Interstate SLA1161 lead acid battery that can produce 44Ah at 12V. The lightweight construction makes sure that MEUV or Micro Electric Urban Vehicle touches a top speed of 65 mph. The onboard batteries will be recharged by its regenerative braking system. 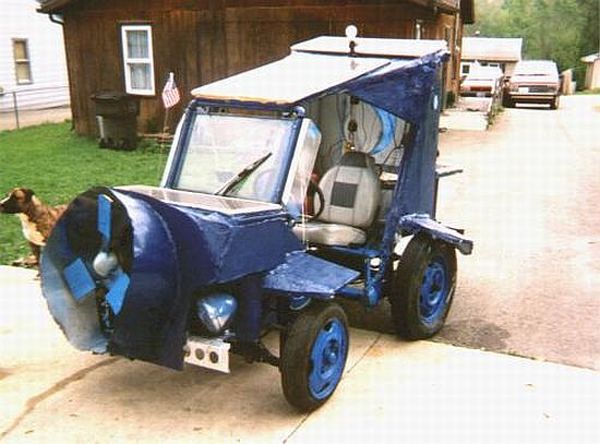 Joseph Rush has designed an electric car which runs on both solar and wind energy. This car is extremely easy to make, though looks may leave something to be desired. It carries solar panels equivalent to 78W and a wind turbine that can generate as much as 400W. It comprises of 6V batteries that store all the collected energy, which powers the 300 amp 24 Volt DC motor. The front has been fitted with a wind turbine that can swap 28mph wind into electricity. Apart from this, all the systems combined together can take the vehicle to a top speed of 50mph. 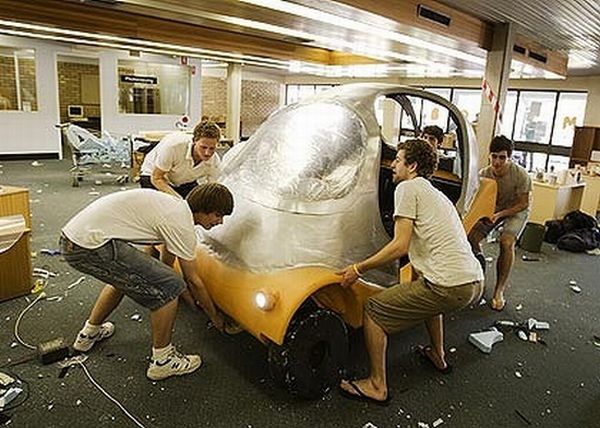 ManGo is here to save the world from the clutches of pollution with its clean and green status. Designed by five students from the University of Sydney, It has been hand built and will roll on four wheels. Each wheel of this electric creation will be fitted with a motor that will also kill the need of mechanical brakes. It will be powered by 48V lithium ion battery pack and is so light that the striking car can even be picked by two people.

Here is an electric vehicle that will collide head on with the Chevy Volt, which is a road legal creation by Messrs Clarkson, May and Hammond. The Hammerhead Eagle i-Thrust sure looks ugly, but can reach a speed of 50 mph. The body shell has been crafted from aluminum, which has been fitted with Wales & Edwards 96 volt electric motor joined to 12 volt batteries. 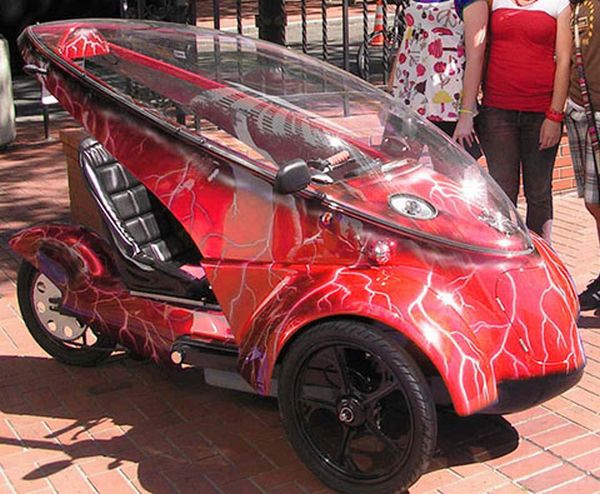 BugEV, a DIY electric vehicle is a creation by Blue Sky Designs that will make eco souls jump with utmost joy. If you are looking for an eco-friendly ride then the DIY kit will give you the pleasure to ride in a hand built car, which comprises of 72 pieces. The three wheeled ride can just accommodate one person and can reach a speed of 50 mph.

Modern technology has led to significant advancements in the development of pollution-free and eco-friendly automobiles. All major car manufacturers are now focusing on designing and launching cars which emit less and run on alternative fuels, such as electric cars. These eco individuals just add up to it by coming up with their indigenously developed versions of such cars in their backyards. Since most of these individuals are teenagers, it assures that we have a bright future in front of us.

11 most amazing inventions for a globally warmed world