Why microplastic invasion is serious issue and how to stay safe? 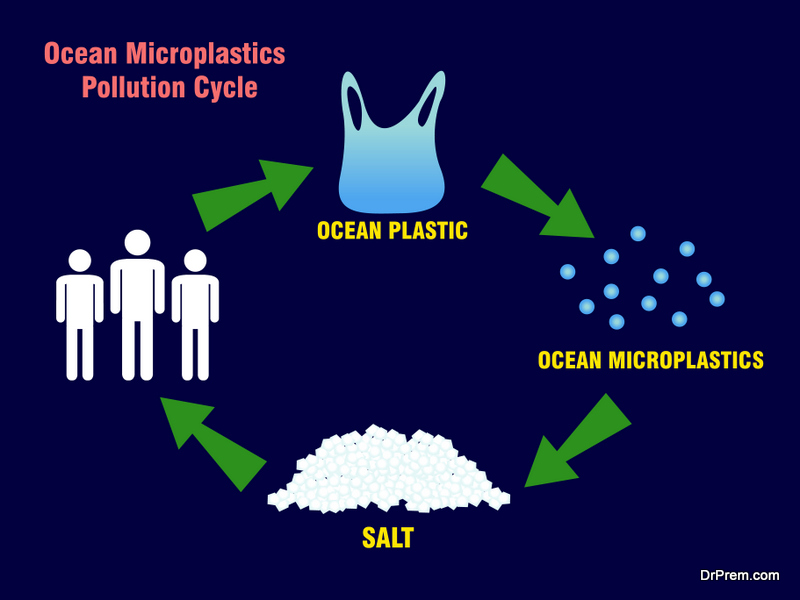 There is an undeniable truth about “there is an equal and opposite reaction to every action”. We have been using plastic for anything and everything and finally, we have to face up to the opposite result –plastic pollution, specifically microplastics. The danger to human health and the environment’s, due to microplastics was relatively unknown in the past. But now, a recent study has found microplastics in human poop too, meaning that these tiny plastic particles have found a way into the human body. Microplastic invasion can no longer be ignored. Find out more about what exactly is deemed as ‘microplastic’ and how you can stay safe and keep the environment safe too, from microplastics.

What is microplastic invasion? 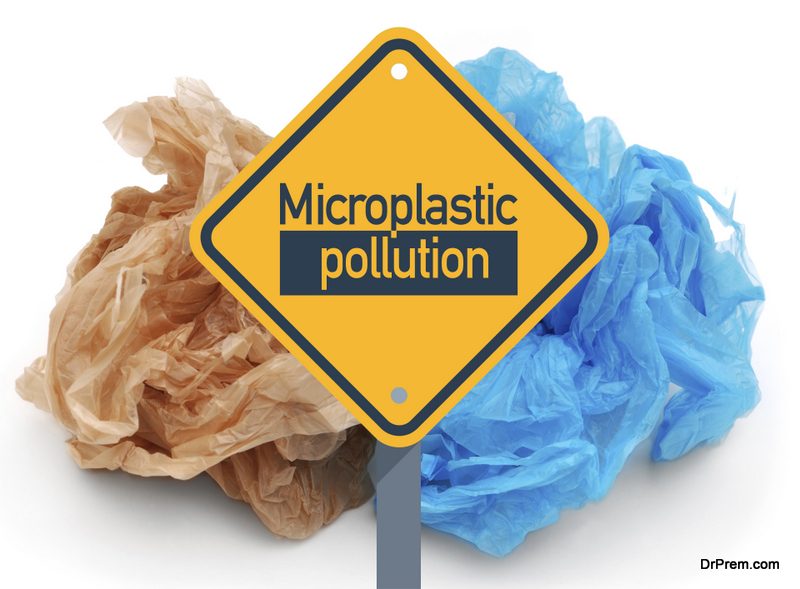 Microplastic invasion is the term which is being used currently to define the appearance of these minute plastics in the environment, including the food chain of humans, animals and aquatic life. 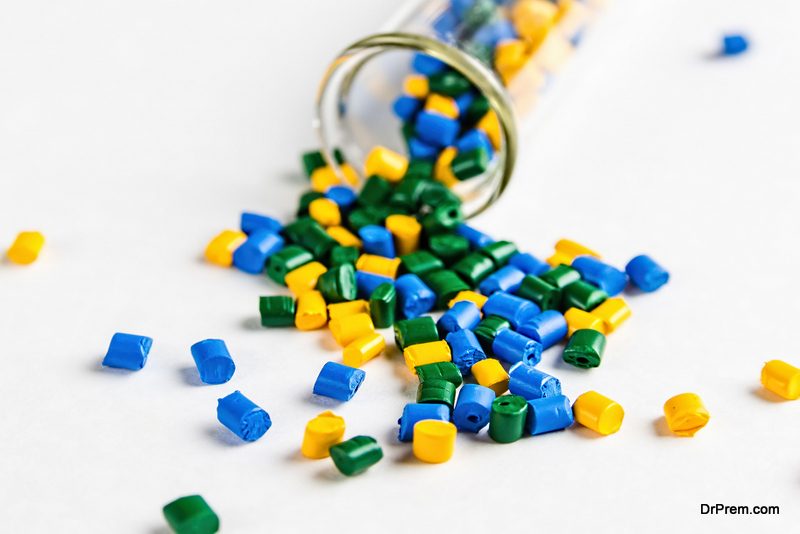 There are two types of microplastics –primary and secondary.

Primary microplastics are those which have been intentionally manufactured below the size of 5 mm, especially for cosmetic (microbeads) and abrasive (detergents) use.

Secondary microplastics are those which are formed when bigger plastic products like plastic bottles, plastic bags and containers, fishing nets and so on, are broken down into tiny pieces by ocean currents.

How intense is this microscopic plastic invasion? 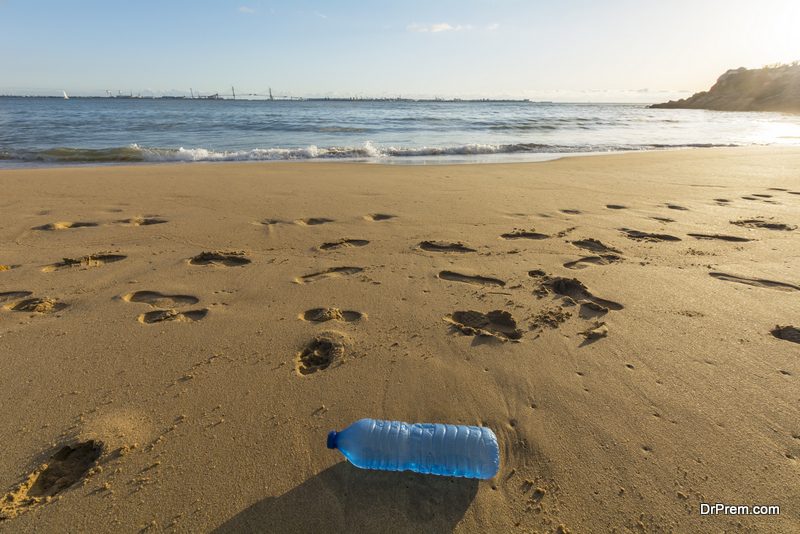 In the year 2014, approximately 270,000 tons plastic was found to be floating on the surface of the oceans, and every year, about 5-13 million tons is added to the oceans. You can therefore estimate the huge amount of microplastics which is in our environment.

These tiny plastic particles are ingested by fish which hampers with their digestion process, has been linked to infertility and other hormonal changes.

How do microplastics get inside or bodies? 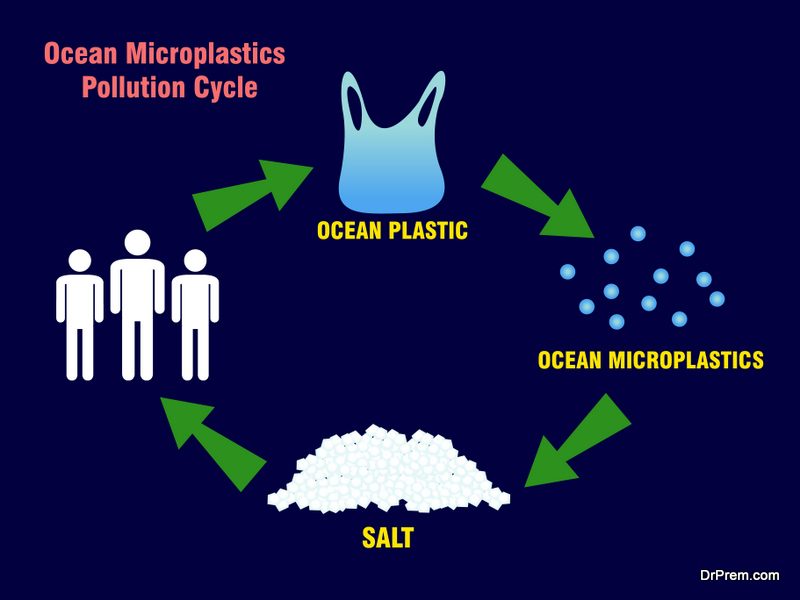 As fish and other seafood ingest microplastics, they get into our body through seafood, and this is now a comparatively known fact. What is not so well-known however is that we can also inhale microplastics from road dust, artificial turf or even house dust.

Microplastic invasion is quite severe as we can absorb these toxic particles via toothpaste, cosmetics, plastic food packaging and plastic utensils. Recently, a large scale study conducted worldwide found microplastics in bottled water, even in the best brands. It seems plastic which is used for packaged water can break down into microplastic beads during the process of bottling and thus get inside human bodies.

Thus, microplastic invasion can be stopped only when we devise effective ways to save the environment from plastic pollution.

A study conducted by the Environment Agency Austria and Medical University, Vienna, found tiny plastic particles in human excreta. The scientists developed an experiment by which they could break down organic fecal matter, without affecting plastic beads which might be present in the feces.

The researchers collected samples from eight people scattered across different parts of Asia and Europe. The study detected microplastics in every single sample, especially 9 of the most common kinds of plastic we use. For example, polypropylene which is found in bottles’ caps, polyethylene terephthalate, found in plastic food containers. Thus, microplastics found in human feces concluded that human bodies do contain plastic.

Microplastics found in human feces led the researchers to conclude that human beings are indeed surrounded by the ubiquitous material. It led to other issues, such as what happens to the plastic which does not come out of the body. This study could be the starting point for future studies which can pinpoint exactly where microplastics remain in the body, how they affect various organs and where they originated.

How can you stay safe and protect the environment from microplastics?

To know where and how microplastics seep into us and the environment, you should know the most common culprits: 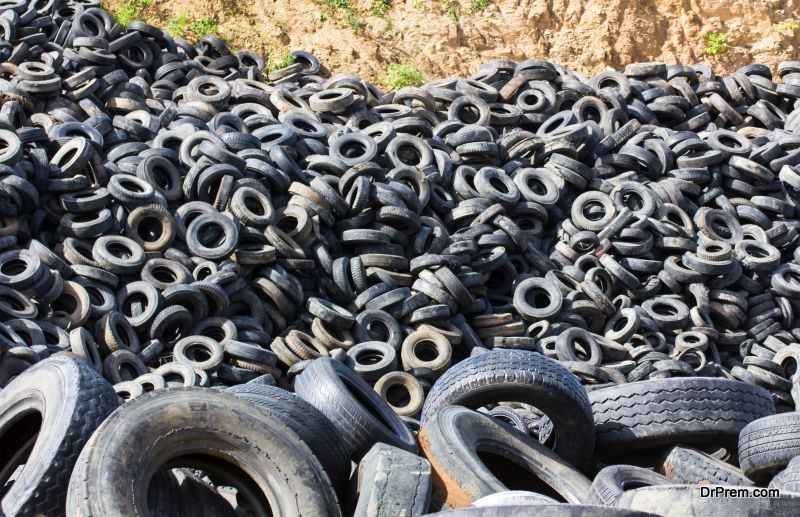 Tires (containing 60% plastic) were found to produce a whopping 63,000 tons plastic dust in UK alone. This plastic floats in the air and gets in waterways. Till now, there has been no environmental and commercial solution for a replacement material for tire plastic. To save the environment, maybe we should not let tires degrade and replace them in time.

Wet wipes are one of the most convenient things ever invented, ask any mother! But it’s time to shift to cotton wipes as the wipes are made of polyester, polyethylene and polypropylene (mix of these) as well as some natural fiber. The plastic fibers do not break down, so in order to stop the microplastic invasion, we have to reduce/stop using these wipes. 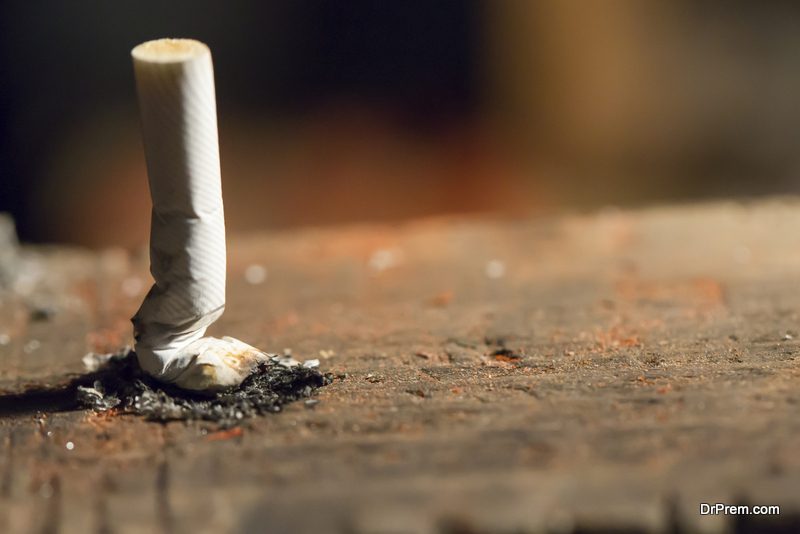 All of these contain PET or other non-biodegradable plastic, which turns into microplastic gradually.

Synthetic clothing contains plastic fibers. Up to 700,000 microfibers can be shed with each wash of a synthetic fiber. So if you’re wondering how to stay safe from microplastics, start buying only natural fiber clothing such as cotton or wool. And do fit your washing machine with a microfiber filter. 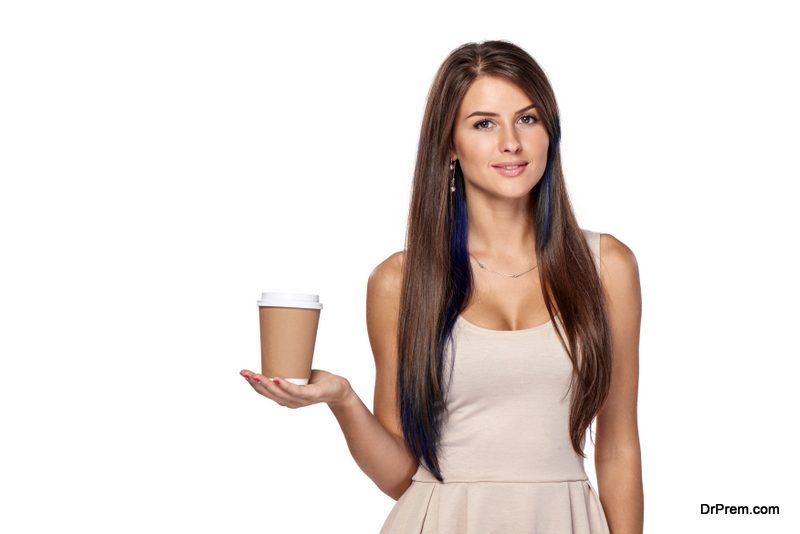 To make these products durable, some manufacturers add a quantity of plastic to these products. So to stay safe from the microscopic plastic in these items – check for those tea bags, cups and paint which do not contain plastic.

If you want to make a real difference to the issue of microplastic invasion, you and I and all of us have to stop using plastic whenever we can. Replace plastic bottles, cups, containers etc with steel, which is also a healthier choice. We can carry reusable bags, use homemade beauty packs/lotions, use personal care items and detergents which do not have microbeads, stop smoking, and with just a few changes from everyone, there can be a huge, positive impact on the environment.