Who said only bicycles could be powered by pedals? Pedals can be used to power so many other ideas as well, as is shown in the design ideas mentioned in this list. Given below are a series of innovative designs that rely on nothing but pedal power to power up. Take a look and be stunned at all the wonderful things a simple act like pedaling can do! 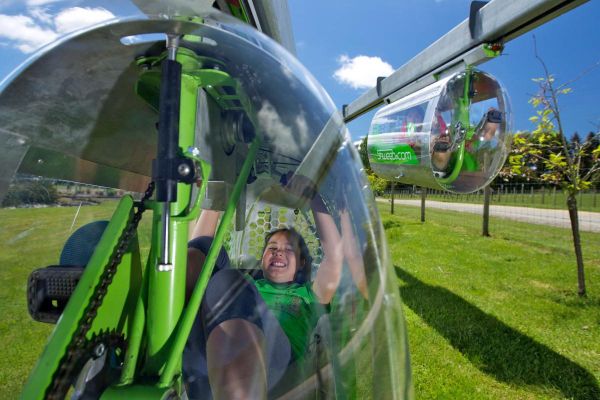 Many of us have not even heard of a monorail let alone ridden in one. Well, here’s a chance to maybe enjoy a monorail like experience for the first time. The Schweeb would make this a reality for sure. The monorail like concept features a transportation pod like tube made of plastic that would be attached to a rail. The tube will contain pedals which the individual can use to cycle to his/her destination. The Schweeb may very soon see the light of the day, thanks to Google which has invested over $1 million in the project. 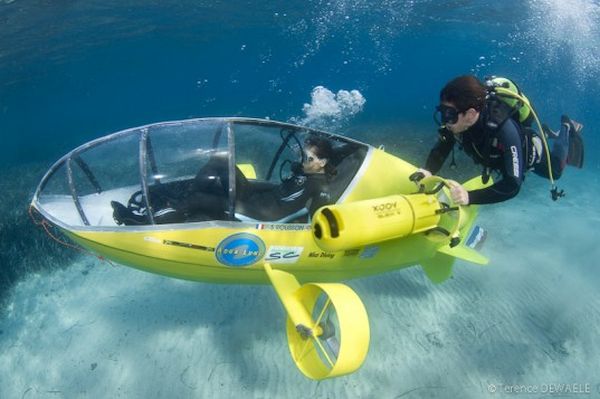 The Scubster is a mini pedal powered sub that can easily allow you to reach speeds of over 5mph in over depths of 20 feet and above. The craft’s pedal system would be connected to a twin propeller system that would, in turn, help the craft move forward easily. 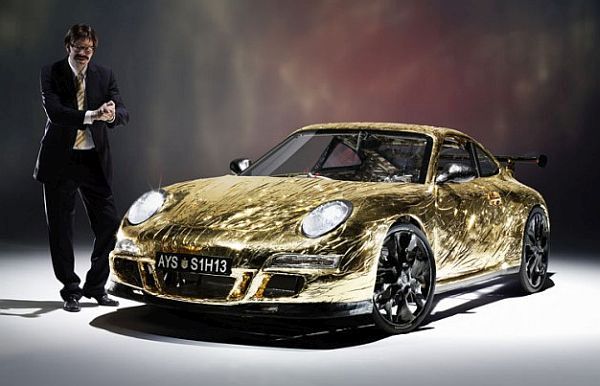 Don’t have the budget to buy a Porsche? Then stick to the next best alternative; the pedal powered Porsche boxter. The design is actually a very good replica of the original Boxter. However, unlike the original which runs on fuel, the replica runs purely on pedal power.

How about using good ol’ pedal power to power up an entire music festival? That’s what happened at the Union Square in New York which hosted the first ever pedal powered musical concert. Over 250 volunteers provided the necessary energy needed for the concert by taking turns to pedal over 16 bike generators. Nothing like enjoying some music and exercise at the same time we say. 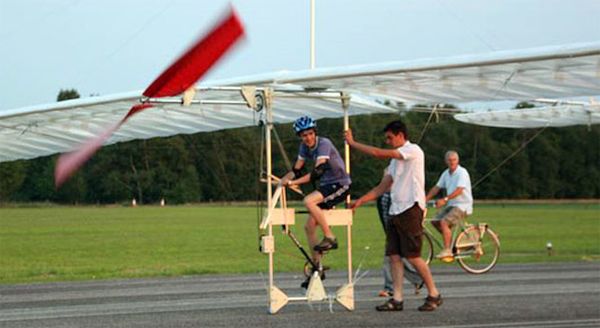 Heard of a pedal powered aircraft before? Well, a Dutch teenager by the name of Jesse Van Kujik has already built one of these aircrafts from nothing but balsa wood, rip resistant foil and polyurethane. Even more impressive than the fact that Kujik was actually able to successfully fly his pedal powered flight is the fact that he built the plane from scratch without having an idea of what an airplane would look like from the inside at all.

Pedal power is being used for more than just powering bicycles these days. The innovative designs mentioned in this list stand testament to this fact, and succeed in showing us that there are more sustainable ways to reach a destination or power an event other than using fuel and other non- renewable power sources.