Solar cells are often taken as the future of renewable energy. As their development progresses, they are emerging as the best source of energy. One of the limitations of solar energy is that solar cells cannot receive energy from the sun all day, unless some kind of a sun tracking mechanism is being used. Japanese company Kyosemi has created micro solar cells with a unique shape that allows for continuous collection of solar rays, without the need of an expensive sun tracking device. 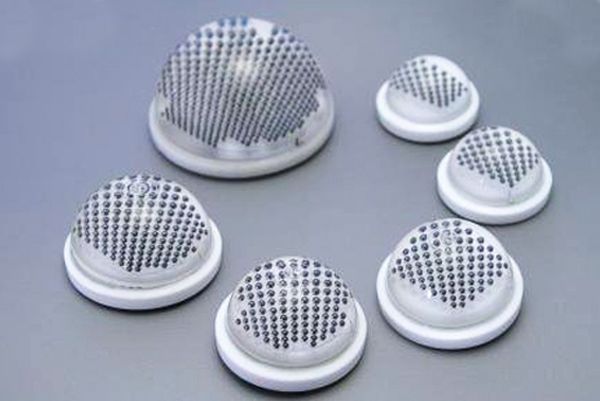 Kyosemi offers another method of harvesting solar energy with its new devices. Attach the solar cells to bendable flat surfaces, bend the surfaces in different ways and then fixed them to other sturdy places. An alternative is to attach the domed shaped micro cells to another round surface creating a clump of solar cells

The company is very optimistic about its new product, affirming its potential with the claim that it is able to yield energy faster than standard flat solar cells. Some people are not convinces and think there might be some problems with the design, namely double the financial cost. Nevertheless, investment in solar energy has gained strong support and any advancement is a step in the right direction.