We can use solar power to produce river in the desert! No, I have not gone crazy. People have dreamt since long to produce potable water in deserts, where it is very scarce. This dream may soon come true. 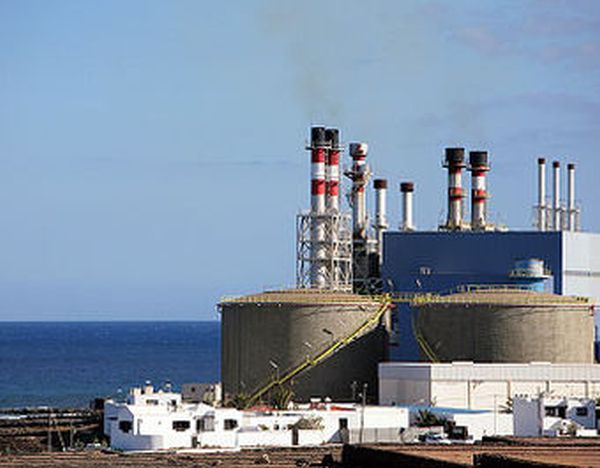 Project by IBM in Saudi Arabia

IBM in collaboration with King Abdulaziz City for Science and Technology (KACST), are trying to produce large amount of water at affordable price using solar energy. They are planning to combine new water filtering technology with new solar energy technology to desalinate seawater. KACST wants to develop an industry around this new technology, so that large-scale production of desalinated water becomes economically feasible.

The researchers have developed chlorine and fouling resistant polymers for making filters and are using IBM’s microprocessor cooling technology to build up a solar concentrator system. These new technologies are expected to reduce the cost of producing potable water soon. 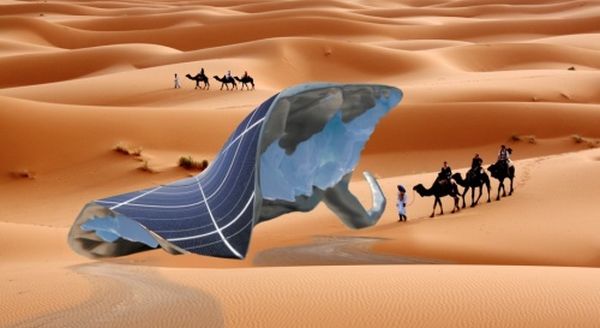 A giant leaf of metal can produce ice in the desert. Well this is the idea of designers, who want to produce ‘SunGlacier’. A brainchild of Dutch artist Ap Verheggen, this artistic idea has already been tested in controlled desert like conditions. Who knows this technology, if developed further can solve the water crisis of this world! 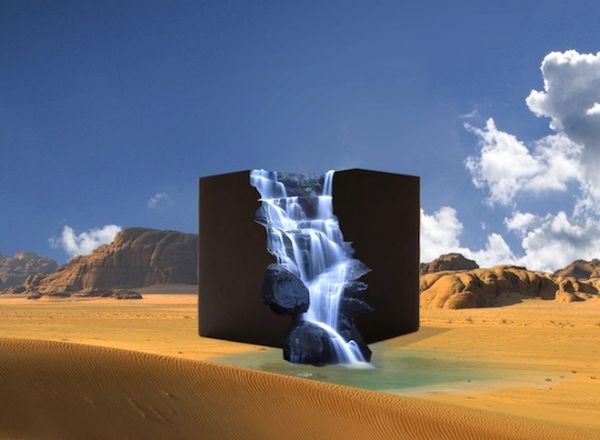 Researchers are working to produce a cascading waterfall from water vapours in the atmosphere, especially at places like Abu Dhabi, where humidity is a little high. Though still in conceptual stage, scientists are proposing to produce cube made of solar panel that collects water vapour from the humidity in the atmosphere. Artists, designers and scientists can use this technology for various useful purposes. 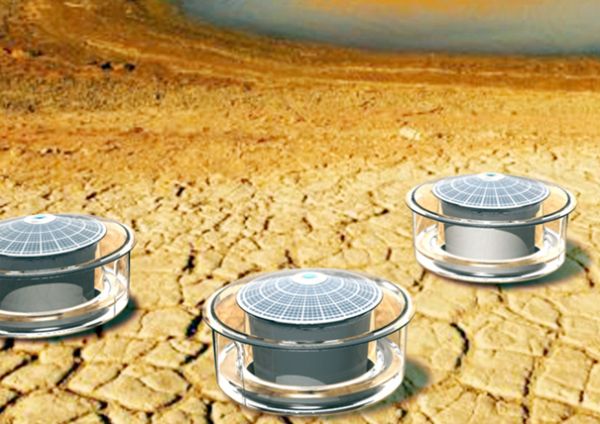 Designers Chun Yen Tsao and Hsing-Tang Yang use a small basin to collect water and then use solar power to purify this water. This device uses sunlight to heat up the water, which then condenses inside the device. This distilled water is then collected. 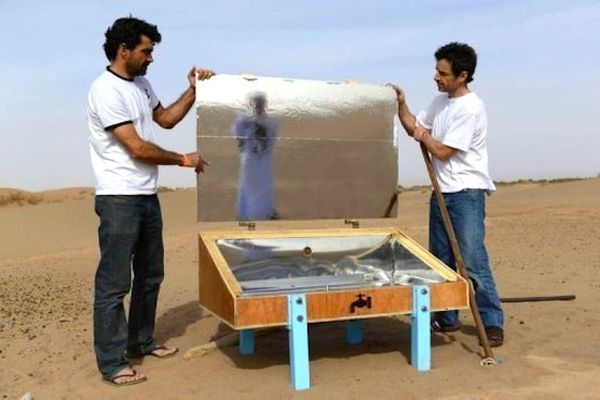 A former sailor, Alain Thibault has designed a desalination device made with wood, cork, stainless steel and glass. It also uses solar energy to promote evaporation and condensation of water. He has designed this device for the Sahara nomads.

There are various sustainable ideas, some in conceptual stage and others in advanced stage, which can one day solve the problem of scarcity of potable water from the planet earth. We have discussed some of them in this article.