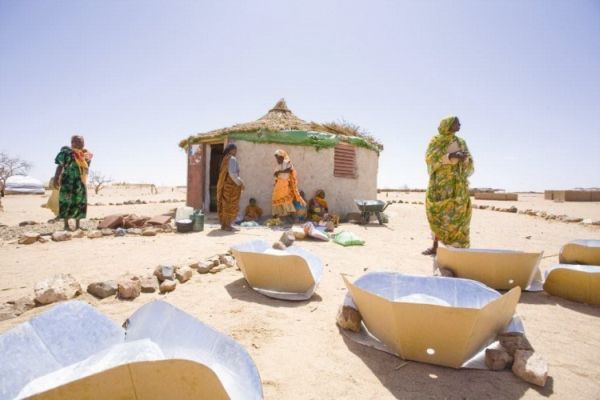 A ray of hope for those struggling in the Dark Continent; that is exactly what the supply of solar cookers is to the refugees at a camp in Darfur, Chad. The region adjacent to Sudan has been a focal point for a bloody and violent civil war that has gone on for years now. Over a period of last 9 years, over 200,000 people have been killed and 2.5 million displaced and left homeless. The state of affairs in the region and the plight of those who live in fear constantly will move anyone who is aware of the circumstances. 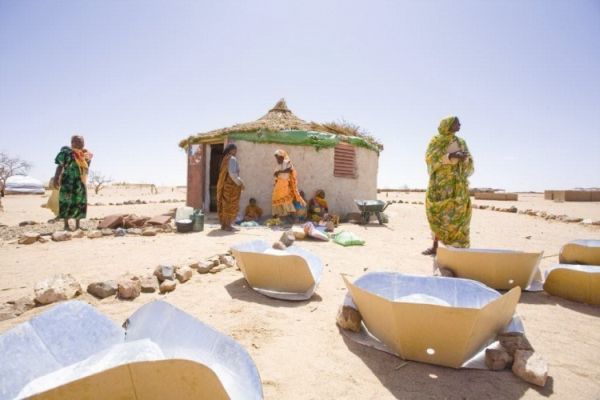 But Jewish Watch International, KoZon Foundation and Solar Cookers International have gone a step beyond and helped out the 17,000 in Iridimi refugee camp by supplying them with innovative new solar cookers that help them cook food faster and without the use of firewood. Now this may not seem like much to those who are not aware of the dangers that surround the refugee camp in Chad. But in a camp that is largely filled with women and children (since the men have been killed), venturing out too far for fire wood means a huge risk of being raped and murdered.

Both locals, who fear that the refugees are using up their resources and the fighting groups, have molested and killed frequently in the area outside the camp. The new solar cooker reduces the necessity of these women to go out and collect firewood by 75% (they still cook morning breakfast using wood since the sun is not hot enough to cook so early) and that has quite literally saved hundreds of lives. The solar cookers used are panel cookers that combine the design of a parabolic and box type solar cooker to give the best output.

Women of Iridimi from Jewish World Watch on Vimeo.

Not only are the women at Iridimi refugee camp using the cookers, but are being trained in manufacturing them so that they can make a living as well. The cookers cut out smoke, improve living conditions and reduce health hazards the come with inhaling smoke from burning wood. A small but effective way to help improve their lives…