Wind turbines have great prominence as an alternate source of energy, which capitalizes on wind energy to produce eco-friendly solution for power generation. However, they are not foolproof because a. the electricity supply is steady so long as there is enough wind to blow the turbine b. they blot the landscape and c. they have been known to harm birds who accidently cut themselves against the turbines as they are rotating. 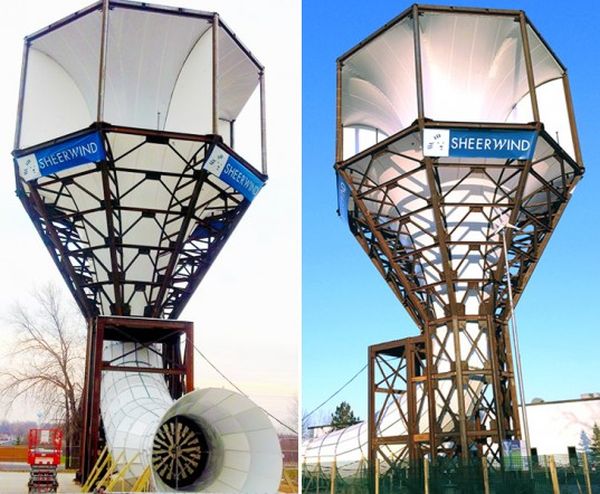 Minnesota-based company Sheerwind has designed a new kind of wind turbine that uses a series of tunnels and tubes instead of blades to channelize wind energy to generate power.

It has created the Invelox turbine in which winds as low as 2mph are directed into a funnel and through a tube to the turbine’s generator on the ground. 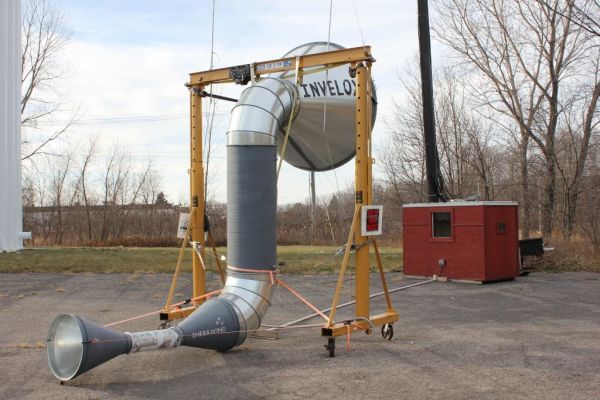 The wind is channeled through a narrow passage creating a “jet effect” which increases the wind’s velocity while lowering the pressures. In this process, called as the Venturi Effect, kinetic energy is created, which in turn gets the generator working.

The company claims that this unique effect that the turbine creates allows the turbine to function normally even with wind speed as low as 2mph. the turbine is capable of producing up to 600% more electrical energy than the traditional blade turbines by expanding the range of speeds at which it can operate. 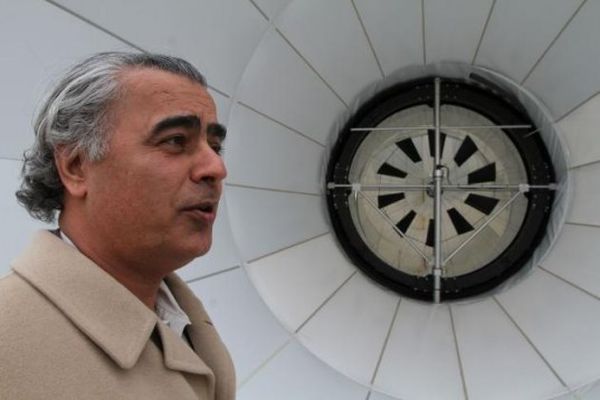 The company claims that the funnel system is scalable, and smaller versions can be availed for agriculture and hobby farms, while larger versions for industrial estates and houses. The greatest drawback of the three-blade turbine system was the harm it did to birds and bats are eliminated with the Funnel turbine.

As opposed to conventional turbine generator systems that you need to mount on top of a tower, the generator system for Invelox is ground-based. In place of the conventional turbine where the rotor blades capture a huge gust of wind and then convert it into energy, the funnel-system is more efficient in channelizing the wind captured with a funnel and directed through a tapering passageway that naturally accelerates its flow.

The Sheerwind Invelox wind turbine is 50% shorter than the traditional wind towers and uses a ground-based turbine with blades that are 84% smaller. Hence, fewer generators are required to generate equivalent energy and maintenance costs are lower too.

Sheerwind’s technology will no doubt find many takers, as the system is efficient, economical and will help in cutting costs as they can easily compete against hydroelectric or natural gas generation too.