Scientists are exploring space and unraveling its mysteries every year with the help of satellites. Still, we have barely scratched the surface. It takes millions of dollars to send a conventional satellite into space, making such endeavors too expensive to undertake on a regular basis. Wouldn’t it be great, then, if we could explore the unknown using only a fraction of a liter of fuel? EPFL scientists along with their European partners are making this dream come true with the help of their ionic motor and the MicroThrust. 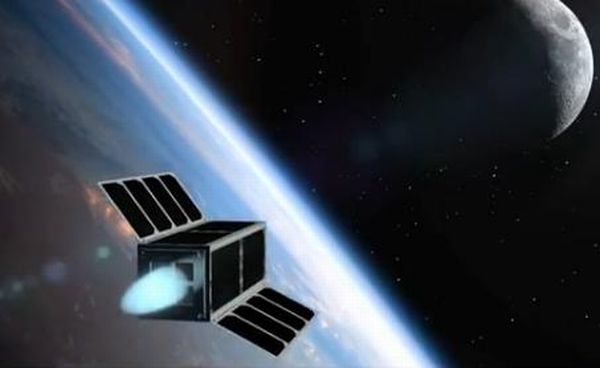 The thruster weighs just a few hundred grams though it is specially designed to power small satellites weighing between 1 to100kg. It enables satellites to change orbits around the earth and even explore distant destinations, which was earlier possible only with expensive and large spacecrafts. The motor, meanwhile, is designed in such a way that it can be mounted on small satellites of 10x10x10 cm3 dimensions. It weighs approximately 200 grams, which includes the weight of the control electronics and the fuel.

Instead of conventional fossil fuel, the mini motor is powered by an ionic liquid whose chemical compound is called EMI-BF4. It is also used as an electrolyte and as a solvent. EMI-BF4 is made up of electrically charged modules called ions and is liquid at room temperature. The ions are extracted and ejected using an electric field to derive thrust.

After about six months of acceleration, the micro satellite’s speed goes up from 24,000 km/h to 42,000 km/h, although the acceleration is about a tenth of a millimeter per square second or 0 to100 km/h in 77 hours. However, in space where there is no friction, steady acceleration is possible.

The ionic motor will be used to power CleanSpace One, a nano satellite whose sole purpose is to clean up space by trapping space debris and pulling it to the earth’s atmosphere to be incinerated.