How we behave in the next few decades with relation to our choice of fuel is going to determine the fate of our planet. Reducing fossil fuel use and developing alternative fuels such as biofuels may reduce the emission of greenhouse gases, thus reducing global warming. You may have heard about biofuels such as soybean oil and corn, but these crops are expensive to harvest or to grow. So, the latest finding by a team of scientists is that algae can be used to produce biofuel. Algae could be the perfect biofuel, as it is does not compete for resources like water or land with food crops. Read on to find out more:

Algae farms produce biomass in large quantities, which can be harvested and then converted into chemicals, fuels and other bio products.

How does it work

Microalgae look like hair strands or green scum which floats on water. This microalgae is composed of single cell organisms which can photosynthesize, just like plants. They absorb sunlight and convert it to energy. They can also convert carbon into oxygen. But the property which has led to a lot of interest is that this algae can produce oil too. The oil produced by the algae can be further converted into fuel for trucks, cars, trains and planes. The plants are carbon neutral, i.e. they can absorb as much carbon as they release into the atmosphere. Another plus point is that, this algae is renewable, which means that it’s possible to create it whenever it is required.

The technology is already here, and it might soon run machines which run on diesel right now. In 2011, United Airlines flew the very first passenger flight powered by algae, which flew from Houston to Chicago.

Who is behind the research

Countries like USA and Japan are aggressively developing this biofuel from algae. A Japanese company is planning to introduce buses which are powered by microalgae. Their plans for the future include flying commercially using only biofuel produced by algae. In the United States, research on algae produced biofuels has been conducted since the 70s, but it is seeing a revival now, with the US Energy Department providing funds for it.

Why it’s so great 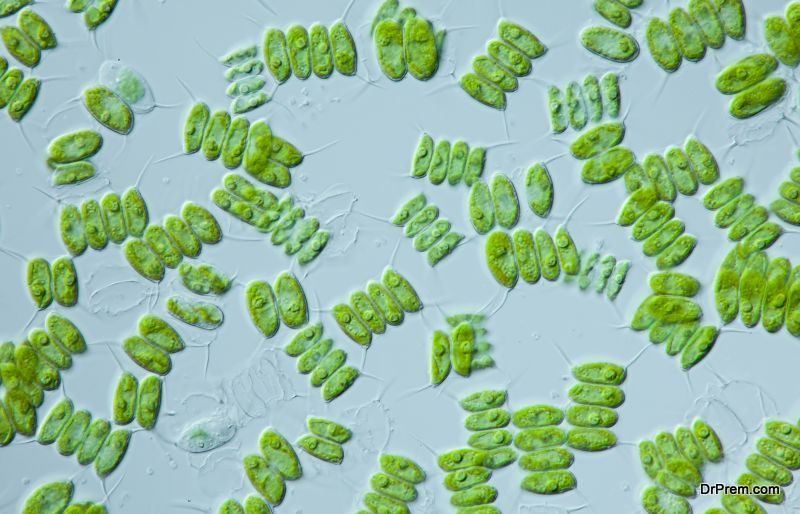 Algae can grow extremely fast, doubling themselves in a few hours. The aim of commercialization of algal biofuel in the future is to reduce the exploitation of fossil fuels. It can even be used as jet fuel, thus lowering pollution in the skies, due to the fact that it remains in the liquid form, even in the extremely cold temperature of the high skies.

Another plus point of algae is that it can grow easily where other plants cannot, for example in waste water or brackish water. Algae ponds can be situated close to the power plants emitting CO2 into the atmosphere. That CO2 can be used for the growth of algae in the ponds.

What are the challenges in the production of algal biofuel

You might be wondering why we haven’t seen algal biofuel as yet. This is because the production process is extremely expensive right now. Scientists are trying to find types of algae which can withstand stress and produce a good quantity of oil. Super algae are now being identified using the ‘strain identification’ process. Once researchers can work out how to mass produce this super algae, only then shall a leap towards commercialization happen. To compete with present day fuels, the cost of algal biofuel has to be approximately three dollars per gallon.

Through the ‘strain improvement’ process, researchers are genetically modifying algae strains to produce the maximum amount of oil. Tests are being conducted in open ponds and inside plastic bags and closed tubes, known as ‘photobiotic reactors’.

What does the future hold 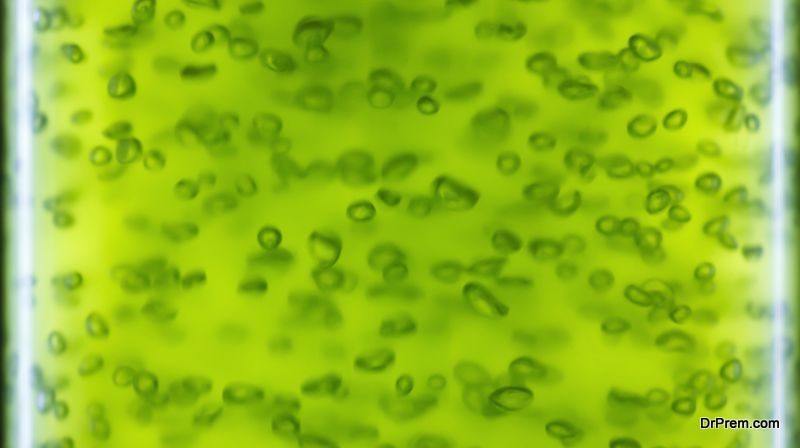 Not only biofuel, but algae has a host of other uses, from baby food, skin care items, chemical processing, to the manufacturing of surfboards and robots.

Once the production cost goes down, and this emerging technology gets the go ahead from governments, there would be no stopping this almost magical antidote to climate change and global warming.