The Aero Expo in Friedrichshafen, Germany, saw the unveiling of an aircraft that must have made any aviation enthusiasts happy. The sleek design of the four-seater along with the array of fuel efficient features that it offers makes for a very attractive combination. The first and most striking aspect of the Panthera is the form factor. It is a real beauty to look at and the aerodynamics seem as good as they can get on this one. 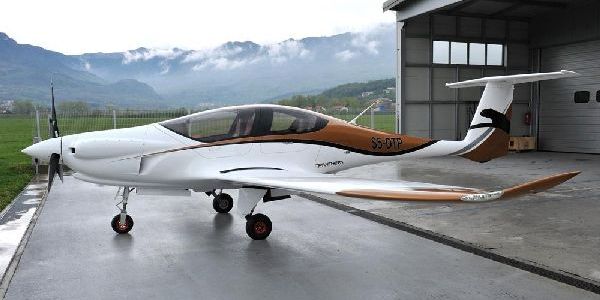 The Panthera has a range of 1000 nm and can fly away at speeds of 200 knots with ease. On the inside it is powered by a Lycoming IO-390 fuel-injected engine and it is pretty fuel efficient as it burns 10 gallons of gasoline each for an hour’s flight. The best news though coming from the Expo in Germany is that Pipistrel is planning on rolling out an electric and hybrid versions of the Panthera somewhere down the line. It will be interesting to see when these two versions will be out and how much does the hybrid version cut back on emissions.

The Panthera is expected to have a pricing of under $500,000 and it should be certified and good to go by 2015. The fact that it cuts down of fuel is definitely good news for eco lovers and obviously that means it will go a bit easier on your pocket. For the moment though, there is no word on when it will be available on the other side of the Atlantic…