Congestion on roads is commonplace these days. Bicycles not only serve as a means of small distance travel but also help increase the fitness quotient of the body with cycling being a good form of exercise. Electric and electronic bikes have now been introduced to give you better speed without adding to the pollution due to vehicles. Smaller bikes offer a great solution for moving about on congested roads but when you want to increase the speed, the small size of the bike proves to be a hindrance. Marc JuHyun Cha presents a concept in the form of an electronic bicycle that attempts to put paid to such issues. 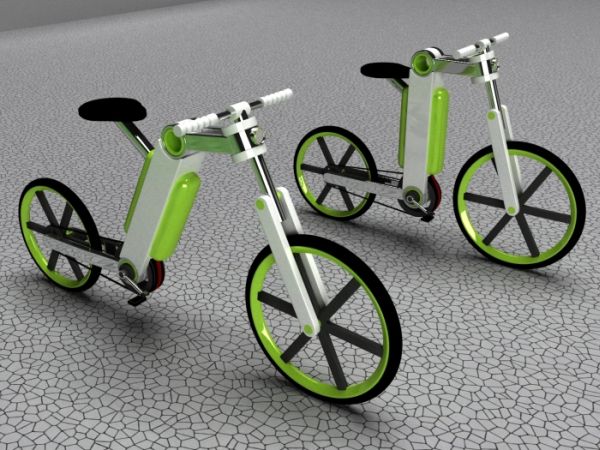 Lowdown on the concept

The concept seeks to propagate the merits of a smaller bicycle over the larger one. It is being billed as a better solution for use on congested roads. Many would agree that balancing a smaller bike with a high speed can be a tad difficult. The concept thus allows you the liberty to change the size as per the need. Make it longer when you want to enjoy not just a bicycle ride but a ride at a high speed. Return to the smaller, shorter version while navigating through the crowded streets for a ride to and from the nearby market.

The concept of electric or electronic bikes also gets a thumbs up owing to the pollution free nature of the vehicle. Nations are already saddled with air pollution problems to look into. Modes of transport that promote a healthier lifestyle certainly find favor. The concept presents a bike that does not compromise on the convenience factor. This makes it easier for people to opt for it. It does not expect people to sacrifice their comfort for the environment. It blends in convenience with the promise of cleaner air.