About four years ago, fuels saving flywheels were developed for Formula One racing cars, but due to changes in regulations, they could not be used. And now, they might soon find a place on a handful of London buses. Willaim F1 is credited with the development of this technology in 2009 is currently leasing this technology for Porche and Audi racing cars, but its viability for buses (public transport) somehow seems greater. Go-Ahead, UK’s leading bus operator is willing to test six prototype buses with flywheels and the trial is expected to begin by the end of this year. 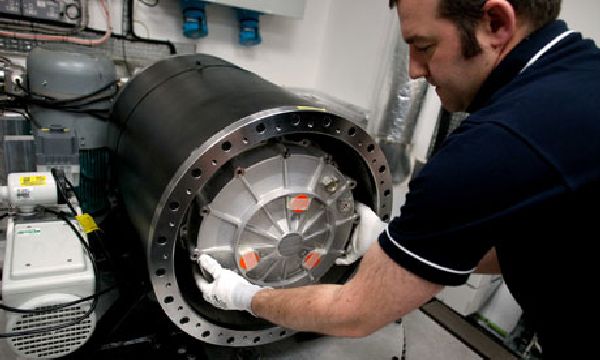 Williams estimates that carbon composite flywheels will help buses to reduce their fuel consumption by 30 percent. After letting these buses run on the toad for three months, the company will finally draw conclusions about its feasibility and success. If the results satisfy the expectations of Go-Ahead, the company might plan installation of flywheels across its strong fleet of 4000 buses.

When earlier this technology was tested , the main deterrents in its use was the great amount of noise produced due to its operation , which made traveling rather unpleasant, but over time the technology has evolved and rid itself from trivial concerns. Another discouraging feature found in some flywheels was their heavy weight, like the case of potter’s wheel, which made the application of the flywheel rather impractical.

As far as the question of payback is concerned, it is estimated to stand at five years, i.e. fuel savings of 30 percent will be achieved over a time span of five years or maybe a little less. The average lifespan of a bus ranges from 10 to 12 years and, therefore, the application of flywheel technology to public transport does seem more profitable in terms of fuel economy.