Lab grown meat consumption as a dietary preference may soon displace the traditional concept of raising livestock, slaughtering and eating it. Remove an animal tissue, give it a chance to grow in volume and weigh it in laboratory conditions. This is exactly what many start-ups like Mosa Meats, Memphis Meats, Super Meats and Finless Foods are doing.

The concept is innovative and dispenses with all gore and cruelty inflicted upon livestock. The world’s first lab grown beef burger was introduced by a Dutch company 5 years back. It had received investments for sustaining its innovative cultured beef burger program that will hit restaurants in 2021.

In 2017, money as big as USD 17 million poured into Memphis Meats, investors including Bill Gates and agricultural company Cargill. However, the taste and texture is a challenging front where lab grown meat will have to fight it out with farm-grown livestock meat. 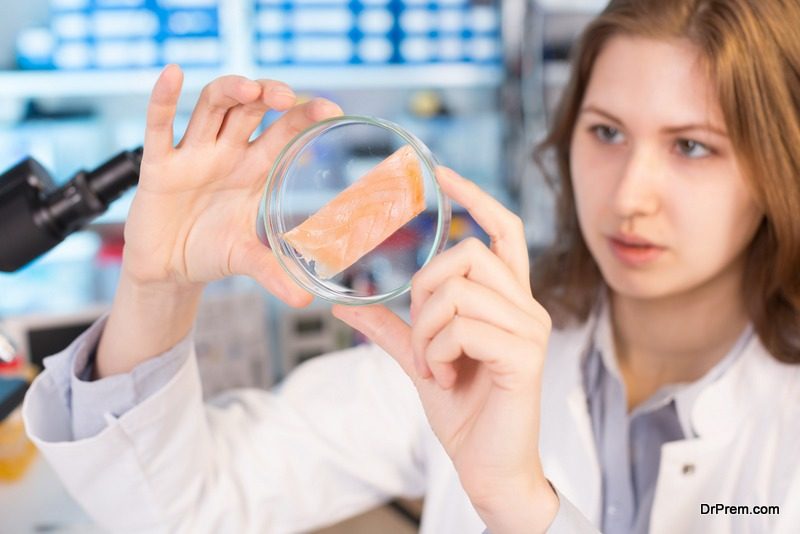 Cultured meat is the talk of the day. It has a massive appeal for animal lovers. You do not have to witness a savage spectacle where animals are butchered and sold piecemeal. The process is a peaceful contrast to the fate of a live cattle going all the way to a meat grind. The dream of consuming meat without killing the animal was spun as early as in 1894.

Eminent French chemist Pierre Eugene Marcellin Berthelot could see the future of meat industry. His predictions were nearly accurate. He claimed that by 2000 human beings would feed on lab grown meat rather than from killing living animals.

Predictions from Winston Churchill in 1931 were also on similar lines. Perhaps the most dramatic acknowledgment to eating meat made in laboratory came from Commander Riker in Star Trek. He says to an Alien “Next Generation Human beings would eat meat grown instead of slaughtered”.

After all, the traditional slaughterhouse concept is a shocking tableau going against humanity. Nutrition scientists have been trying their hands in synthesizing cultured meat for years. But a recent rush by start-ups exploring the market is what hit the headlines.

Opinion is divided between two schools of thoughts regarding the worth of lab grown meat versus farm raised meat. The areas of dispute are centered on environmental safety and comparative tastes.

Meat cultured in the lab: 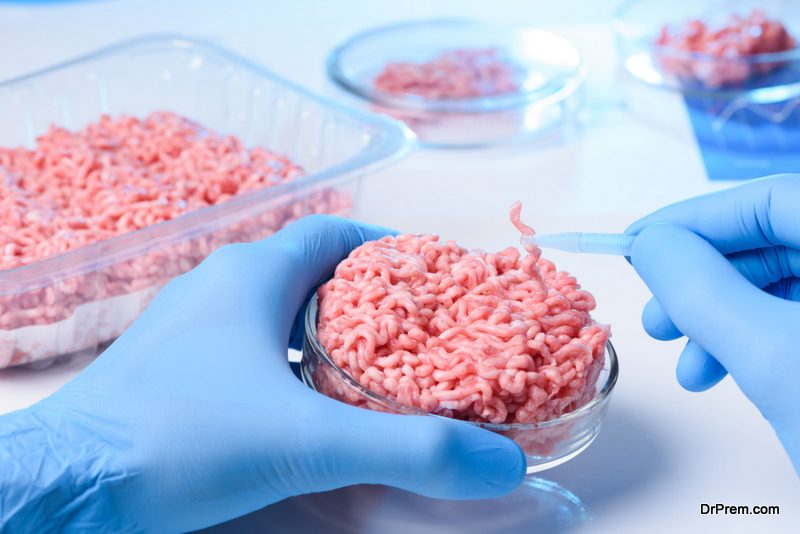 Let us get an insight on how it is made.  Technicians remove a stem cell from cattle tissue, for example, put it under culture under laboratory conditions. It is exactly a simulation of activities that happen inside a living organism.

Cell division starts and growth in volume takes place at an exponential rate. Basic muscle fibers are allowed to grow and gain in mass and volume. According to experience shared by Mosa Meats, a single tissue specimen from a cow can feed a banquet.

Under the right laboratory conditions, it can bulk up to 80000 quarter pounds. Incredible it might sound, lab grown meat industry carries this much of potential productivity. Also known as clean meat, companies into the trade have so far confined their products to Ground meats, Hot Dogs, Hamburgers, Chicken nuggets and Other related meat products. They are likely to go into a full-blown commercial campaign very soon.

Pioneers of synthetically cultured meat are marketing the idea of second domestication to consumers. Primitive human beings have started the concept of the first domestication sowing the seeds of animal husbandry.

Memphis Meats and other start-ups bear the conviction that second domestication in the laboratory is environment-friendly. However, to win a wide customer base clean meat will have to be vouched safe for consumption.

In fact, there is already a negative consumer sentiment playing against this synthesized meat. They are reluctant to give it a position at par with real meat. In spite of this customer rally, lab grown meat producers are on a steady march ahead. Expanding business, improving on quality, texture and taste are their primary motto.

If you analyze how it is made, it is clearly evident that meat grown in lab has certain distinct advantages over farm-grown animals.  Let us have a brief analysis of its pros and cons: 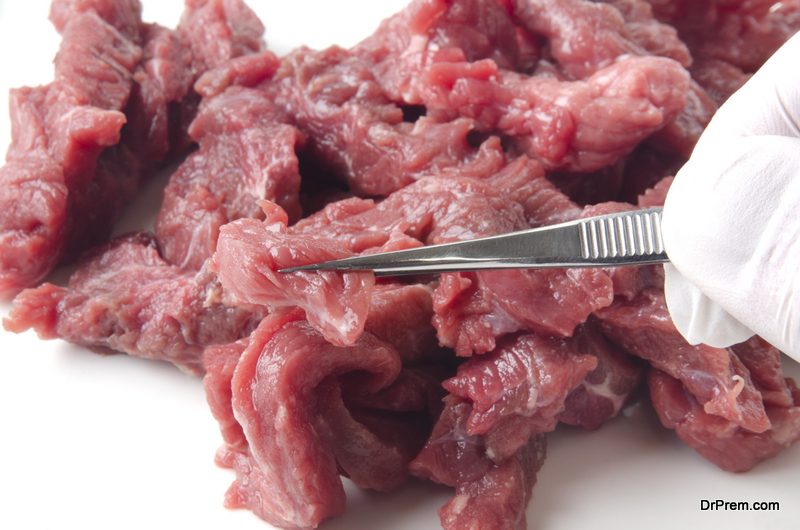 You get infection-free meat:

Meat from farm raised cattle may carry a tag of being more authentic and tasty, it can spread disease. Centers for Disease Control and Prevention estimate that pathogens present in the farm-raised cattle can deliver deadly infections.

It is one of the most positive aspects of lab grown meat. Synthetic meat would do away with the need to raise a large number of farm cattle to feed the growing population. Increasing livestock farming would increase greenhouse emission like methane and huge drainage of water resources. A single tissue from a live cattle cultured in a laboratory can feed enough people that a living herd cannot.

Environmentalists are against the consumption of farm-bred beef, pork and poultries. This is primarily applicable for growing economies like China. When people have more money, they shift dietary preference towards more expensive meat products compared to cheaper alternates like vegetables.

A study conducted in 2011 estimates that culturing meat in the lab would likely reduce the land used to produce steaks, bacon and sausages by 99%. In another study of producing cultured hamburger in 2013 believes that energy demands for cleaning can be reduced substantially. Instead of heating the tank for cleaning, simple usage of soap can be effective.

Use of antibiotics in cattle to fight disease and make them grow faster is a common practice which gives rise to a potential health threat for human beings– antibiotic-resistant bacteria. The sale of antibiotics for application in food-producing animals has been up by 23% between 2009 and 2014 declares FDA. Meat grown in laboratories as declared by the start-ups neither uses antibiotics nor growth hormones. 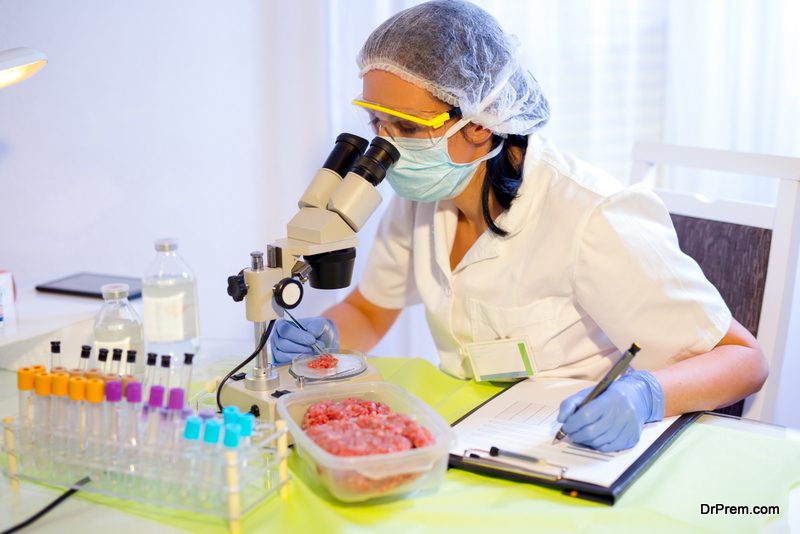 Meat synthesized in the laboratory may not taste great owing to lesser fat content, the taste-enhancing factor. Scientists are trying to culture fat cells along with the muscle fibers to get the authentic taste of meat.

Initial start-up costs may be too high considering expenses on chemicals, process costs and highly sophisticated laboratory arrangements. But with the rise in production and sale, economy of scale would set in making lab grown meat products a stiff competitor for traditional meat.

The health-benefits of meat grown in lab are yet to be ascertained.

Time has come for clean meat to beat meat obtained from grazing cattle. With an increase in production, it is likely to be less expensive in future. Considering the environmental aspect and necessity to maintain meat supply to the speedily growing global population, cultured meat is on the way to your kitchen in next few years whether you like it or not.